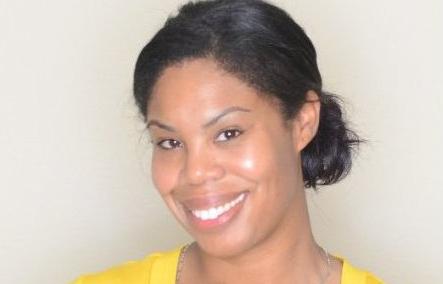 A software engineer has accused Google of discrimination after her bonus was rejected and she was regularly passed over for new roles.

Erica Baker left the internet giant in May following nine years with the company, and has decided to speak out for women and black people in technology.

The friction that led to her exit at Google began when she and some of her colleagues decided to create a spreadsheet that documented the discrepancies in their salaries, and she posted a link to it on her internal social network account.

Following a lot of internal sharing, it reached a stage where 5% of the company had shared their salaries on the spreadsheet. According to Baker, this highlighted ‘not great things’ regarding what people are paid to work at Google.

>See also: Women in IT Awards 2016 opens for nominations

Despite it being illegal in the United States for an employer to retaliate against employees for sharing salaries, Baker’s manager told her that he and other senior management were unhappy with her.

Others were delighted after they were able to negotiate equitable pay based on data in the sheet. Baker soon clocked up around eight ‘peer bonuses’, which are $150 bonuses that Google employees can award to colleagues for doing good work.

Baker’s manager declined all of her bonuses, apart from one that was ‘worded in a way that was very vague’, but all those given to her colleague Cory Altheide, a ‘white dude’ who was also involved in creating the spreadsheet, were accepted.

According to Baker, Altheide was ‘pissed’ that her bonuses had been rejected and wanted to tell everyone what was happening.

‘A smattering of people knew what was going on,’ she said. ‘Backchannels being what they are [at Google], it got around.

‘Rejecting peer bonuses was so unheard of [that] people didn’t know it was possible. There was outrage when they found out – shock that I wasn’t talking about it.’

Baker decided to confront her manager, who she has referred to as a ‘well-documented racist’ that Google defended. She left the company soon after.

Apparently there's derision being aimed at me on the internet, which is a new & unusual thing to have happen to a vocal black woman in tech.

She decided to share her story after Google published a doodle last week to celebrate Ida B. Wells, an African-American journalist who was very active in both the Civil Rights Movement and the women's suffrage movement in the United States.

‘Ida B. Wells was great,’ Baker said. ‘She did stuff to affect change of such a magnitude that if I'm half the woman she was, I'm doing pretty good.

‘I don't claim to come close, but from time to time I do stuff that will make things better for people at the expense of the establishment.

‘Fighting for justice and fairness inside Google doesn't go over well. Salary sharing is only one example.

‘Guaranteed that if Ida Wells were alive and working at Google today, there'd be many private calendar meetings focused on “her future” there.’

Baker has previously spoken of her struggle as a black woman in technology. Back in February, she told Boston radio station WBUR-FM she was the only black person in her building at Google.

She realised that she stood out both at work and in public when she moved to Silicon Valley in 2008, and was once even mistaken for security in a meeting.

‘Our security team has very specific uniform that they wear and I was not wearing that uniform, but that person assumed I was security anyway,’ she said. ‘I’m not sure why, but I can take a guess.

‘There was [another] co-worker who would mention stuff like "maybe your boyfriend beats you" or something ridiculous – just really insensitive things. Then there was a different coworker who just assumed I was a single mother.’

>See also: Women in technology must speak out, you can’t be what you can’t see

In a blog Baker posted in November, she said she had been regularly passed over for new roles at Google.

One role required expertise in a programming language that she was strongest in, but it was hired out to a contractor who had to learn it from scratch.

‘I spent some time and energy trying to figure out why that happened, if it was to do with unconscious bias or if it was an honest mistake,’ she said.

‘Unfortunately, my workplace is homogenous and so are my surroundings. I feel different everywhere. I go to work and I stick out like a sore thumb. I have been mistaken for an administrative assistant more than once.’