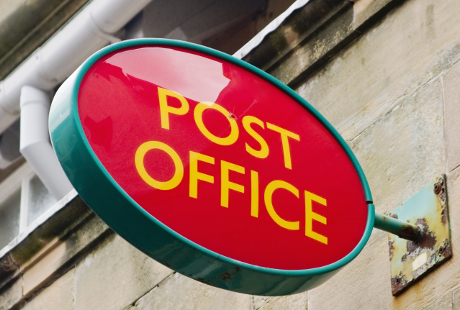 An investigation into the Post Office's Horizon IT system has discovered that software defects did, in some cases, cause accounting shortfalls.

The investigation was launched after several sub-postmasters, who were accused of embezzling funds from the Post Office, complained that the shortfalls were the fault of the software. Some of the sub-postmasters lost their jobs, and some were jailed.

It found that on two occasions in 2011 and 2012, the Post Office had itself identified software "defects" that caused accouting shortfalls. The first, described as the "receipts and payments mismatch problem", affected 62 branches, and caused an aggregate £9,029 shortfall (although some post offices ended up with a surplus).

This incident was highlighted by Fujitsu, which build and operates the Horizon system.

The other incident, described as the "local suspense account problem", affected 14 branches and caused an aggregate shortfall of £4,486.

The Post Office did not notice this incident until a year after it first occurred in 2011. The amount was written off because the cause could not be identified.

Neither of these incidents led to sub-postmasters being prosecuted.

"Both of these anomalies were found by the Post Office and voluntarily communicated to the independent review company," it said in a statement. "Modifications were made to rectify these issues and all sub postmasters involved have been informed of this.

"These anomalies do not form part of any of the 47 cases being considered and none of the sub-postmasters involved have been prosecuted."

A third bug was subsequently disclosed by the Post Office in court, Second Sight said in its report.

The report also identified issues with Horizon that, although functioning according to design, made life difficult for the sub-postmasters. It is, sub-postmasters report, "a multi-product system that is far more complex and demanding than, for example, that found in a typical high street bank".

Other issues include "unreliable hardware leading to printer failures, screen misalignment and failed communications links" and "inexperienced trainers and gaps in training coverage".

Aside from these issues, the report concluded that "we have so far found no evidence of system wide (systemic) problems with the Horizon software".

The Post Office said Second Sight's report "underlines our cause for confidence in the overall [Horizon System".

"As the review notes, it is used by around 68,000 people in more than 11,500 branches, successfully processing more than six million transactions every day.

Fujitsu declined an invitation to comment. Advocacy group Justice for Sub-postmasters Alliance is preparing its response to the report.