10 tips for IT pros in a software-defined world 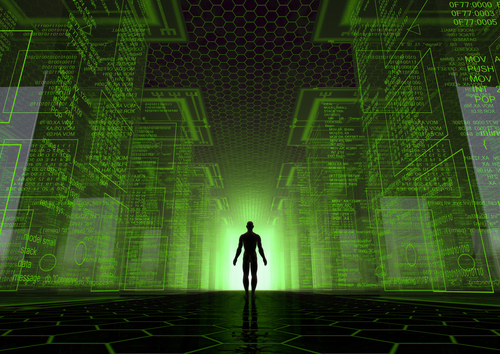 As the transition from physical to virtual data centres continues to grow, so will the challenges faced by the professionals who work within this software-defined world.

No matter how sophisticated the technology becomes, there will always be a need for a human element – the IT manager. Therefore, virtualisation can seem a daunting prospect for any IT professional.

Ennio Carboni, president at Ipswitch Network Management, gives his top 10 tips to ensure that virtualisation and the transition to software-defined environments is a smooth and stress-free process for any IT professional.

>See also: UK's first 'software-defined anything' event announced for May 15

Software-defined networking is a hot topic, with storage virtualisation on its way, once it is perfected. What’s clear is that virtualisation is here to stay. The benefits in terms of cost savings, flexibility, disaster recovery options and generally keeping IT services running, mean that all businesses will inevitably virtualise at some point. There are so many vendors in the area, that the market will continue to evolve and become ever more exciting.

Many organisations strive for the ‘five nines’ (99.999%) of uptime, which means that there can only be 5.26 minutes of downtime annually. Many employees don’t understand the hard work and sacrifice that that goes into ensuring that the network is always on. When upgrades are required, IT managers often have to give up their evenings, weekends and holidays to ensure that users are not affected by downtime. This is the first challenge presented by virtualisation, which would potentially cause stress for IT managers. It is important that managers work together with their staff to create a suitable a work/life balance.

Many IT professionals will need to be trained, not only for their specific role, but also in order to understand virtualisation. Whilst this cross training would definitely benefit the IT team and the company as a whole, this is not always possible. IT teams often suffer from budget constraints, and are spread too thinly to take time out to train. Again, compromises will need to be made.

The idea of a single tool that does everything has been around for a long time, but I doubt that anyone actually has it. There will always need to be additional tools for some specific tasks or technologies. However, utilising a tool that could alleviate at least a good proportion of the workload would make any IT professional’s life easier.

Most network issues are caused by something changing. Therefore, traditionally, many IT managers have been reluctant to implement major changes. However, supporters of virtualisation cite one of its important qualities is the ability to create new systems quickly and easily, or make changes to existing systems. These two schools of thought conflict, but they will need to find a way to introduce the power and flexibility of virtualisation without causing instability.

6. The impact of virtual mobility

Typically, virtualisation operates within a contained portion of the network, which means that changes within the virtualised portion do not impact the broader network. However, workload mobility technologies like Metro and Storage vMotion that make it easier to move workloads geographically have become more prevalent. However, the rapid movement of workloads could cause problems for the overall enterprise network. Visibility and awareness are important here, to ensure that workload movement is not prioritised over business-critical applications.

There are not many tools available that can offer end-to-end visibility, i.e. from the back end systems through to the end user’s point of view. The problem that comes with monitoring in silos is that you only see a problem to the edge of each pathway, which may miss outside influences that affect that silo. This often leaves the server and system admins to a game of guesswork. Tools are still in development that can allow monitoring from the end user to the ends of spindles running on a hard drive inside a storage solution.

9. Storage must keep up

In the same way that virtual mobility impacts networks, if both desktops and network become virtualised and therefore flexible and software-defined, storage could get left behind. IT managers need to ensure that they plan ahead and invest properly in storage in order that the system can handle the increased flexibility that comes with virtualisation and software-defined networking.

The virtualisation of many I/O intensive applications such as databases has been limited by storage I/O. In a virtualised environment, failures in performance and capacity management will have an even greater impact on the users. This could be enabled by technologies such as solid-state disk (SSD). The IOPS (Input/Output Per Second) is greater for desktop virtualisation and is largely different to server virtualisation, requiring more expensive, low-latency hardware.

No IT manager needs to feel daunted by the prospect of virtualisation. With good forward planning, the implementation can be as smooth as possible, and have little or no impact on the end users. Proper planning also needs to take place regarding the investment in the correct technologies to ensure that the performance of the network is not compromised by virtualisation.

IT managers need to work together with all IT staff, working in different areas which need to come together in order to make virtualisation work for the business. As I have previously stated, virtualisation is not going away, and it could be more damaging for a business to ignore the benefits than to face the potential challenges it brings.