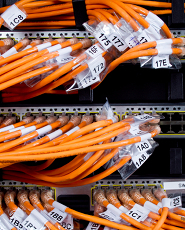 The ubiquity of the database model is testament to its utility, but it is not without its flaws.

According to Max Schireson, CEO of 10gen – one of a wave of companies plotting to disrupt the dominance of the relational database – flexibility is the relational model’s Achilles heel.

In a relational database, he explains, data is stored in predefined fields, such as first name, last name and payroll number.

This works very well for applications such as payroll processing, because the fields and the format of the data that fills them are unlikely to change much over time. But there are use cases where data fields and formats are constantly changing over time.

“If you’re using your database to manage anything from social media monitoring to product catalogues to collaboration systems, then you need to deal with the much greater variety of data formats, and data formats that change much more over time.”

The solution that Schireson proposes is MongoDB, an open source database system that uses documents, instead of static fields, to store data.

Documents, unlike columns in a relational database, can have completely different fields from other documents, allowing data formats to change dynamically over time.

As well as storing a person’s first name, last name and payroll number, for example, additional information, such as an address, could be easily added to any single document at any time.

MongoDB was first written back in 2007 by Eliot Horowitz and Dwight Merriman, both veterans of web advertising platform DoubleClick, acquired by Google in 2008.

The pair started 10gen that year to commercialise the product, but in 2009 took the decision to release it under an open source licence.

Schireson, who was brought in as president in 2011 having previously been COO of rival MarkLogic, says that decision has accelerated the development of the software.

"We have a dozen drivers that we support for different programming languages, and there are over 20 more that have been built by the community,” he says.

The open source model also offers a company such as 10gen the opportunity to reach a critical mass of adoption. “You might get one tenth as much revenue per customer, but you might have hundreds of times as many customers.”

MongoDB’s UK customers include Barclays, The Guardian and the UK National Archives, which has implemented it to consolidate its electronic archives and publish 11 million records online.

In the US, MongoDB is used by Disney, eBay and Foursquare. It is just one of a number of non- relational, or NoSQL, database products to have emerged in recent years.

This wave has, for the first time in years, given end-user organisations opportunity and cause to consider alternatives to the relational database.

“There is an opportunity to move the industry into an era where people would actually think about the right type of database for their problem,” Schireson says.