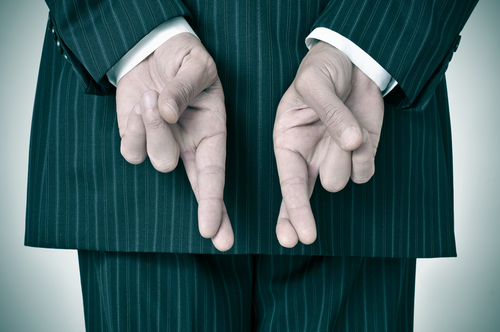 Everyone thought business intelligence (BI) was going to take the business world by storm. Everyone thought it meant businesses would be strategically transformed for better decision-making and increased profitability. However, this just hasn’t happened.

BI has been used and deployed for over 20 years now, but the truth is: there are very organisations that are really getting the most out of this technology.

Over the past two decades, the main stumbling block for the BI industry has been low adoption rates and an inability to make BI pervasive.

>See also: Big data: not a magic pill, but an antidote

In fact, Gartner has stated that in the 20 years since BI became mainstream, less than 30% of an organisation’s potential users of standard BI tools actually use the technology today.

Traditional BI tools aren’t having as much impact in the enterprise because they’re harder to deploy. Given the proliferation of CRM systems and the amount of systems businesses use across various departments, a company’s data sets are harder to match up and it becomes more difficult to determine which data is accurate.

Organisations may be delving deeper into data, but they’re not looking across the business as a whole for a holistic view.

Within companies now, there are huge silos due to different departments working with different data sets. This has created a move away from working to achieve a 360 degree view of data through BI tools towards Excel chaos, where different departments keep their own figures in separate documents, often inputting data manually.

Excel is at the heart of this because traditional BI is static and end users have to fight the battle between viewing static reports and being able to make their own analysis.

Even new data visualisation tools being deployed can lead to the same problems. Traditional BI tools are seen as complicated in terms of deployment and integration – workers often don’t want to have to get IT teams involved in handling BI capabilities.

It means there’s no ‘self-service’ for employees. They can’t have access to core business data as and when they need it. It’s not open for the masses. It’s seen as being controlled by the C-suite and IT staff.

For a quick fix to this issue of data access, people go to Excel – something they can have control over. Spreadsheet upon spreadsheet with no real overarching process and policy in place for each department’s data creates a black hole in which company information becomes inaccurate.

To answer this, a more modern approach to BI is being increasingly adopted, where self-service, mass data consumption and access is critical.

Not only this, but workers and consumers are facing two technology revolutions, simultaneously: the consumerisation of IT and the digitisation of society.

People want and need access to data on the go and on any device, and society has seen an evolution from computing to apps that are easier to use, any place, any time. The growth of the mobile workforce means data needs to be intuitive and users need it in real-time. The true value of data is a function of time and context.

Organisations are also facing a data deluge with volumes of data at their fingertips. What they need to be doing is leveraging this data to differentiate themselves in this competitive landscape. Being able to predict events with data is key.

For example, an airline misplacing a customer’s suitcase when they land. They could proactively send a message to the customer knowing it has been lost early through accurate data analysis and inform the customer they will send the suitcase to the hotel instead.

Businesses that want to strategically transform in the age of big data must become an analytical company that provides intelligence for everyone. The benefits to truly understanding company data are extensive, including cost reductions, the ability to find new revenue streams, higher ROI, increased employee productivity, better understanding of customers, and better customer satisfaction.

But businesses can only transform into this model if everyone is able to use the data, meaning the other 70% must be addressed.

There are a huge number of operational employees who don’t have access to data and should. Organisations are missing a trick by limiting data access just to analysts, management executives and power users.

The police force is a great example of this. With access to historical data, the police can now even predict where crimes are more likely to take place. This helps them to make decisions about police resources during large event such as the London Olympics, which cuts costs and could save lives. Giving employees the opportunity to look forward is essential to be nimble in business and get ahead of competitors.

There are three areas to consider to achieve this: data monetisation, breaking down the silos, and the rise of the new information consumer.

Baseline predicts a mere 10% increase in data accessibility for employees can result in an additional net income of $65.7 million for a typical Fortune 1000 company.

Data monetisation enables businesses to generate new revenue streams from their data by making it accessible to all.

To think ahead here and transform strategically, businesses need to look to join the real-time data movement and offer data, on any device, to all relevant and trusted users.

They should include context to enrich the value of the information and break down operational silos to make sure all data is trusted and accurate from a single-view platform, rather than through Excel-tired eyes.

They should also match up and transform the business through creating more efficient processes. Linking up the data available in their CRM, ERP and marketing systems will help limit their Excel woes.

This will enable them to get a hold on their big data to manage, correlate and standardise it for seamless and accurate data-driven decision-making.

They must put the data in the hands of the workers to use every day, not just open it up to the C-suite or power users. These days, modern BI platforms can allow companies to provide all users with the data they need, in each department, so everyone within the business is singing from the same hymn sheet.

There are vast differences in the way people consume data today than 20 years ago, like taking sound bites of data from constantly updated news feeds and statuses on social media. Businesses should replicate this with their analytics technologies and look to provide staff with easy-to-use apps, with highly relevant information.

Overall, it truly is a data minefield these days for businesses as they face an ongoing revolution with big data and the mobile workforce, in particular.

When data is put in the hands of those who require it, with the intelligence they need, businesses can become more cost effective, profitable and can stay ahead of the game in such a saturated, competitive landscape.

It’s all about strategically transforming a business to deliver intelligence for everyone.