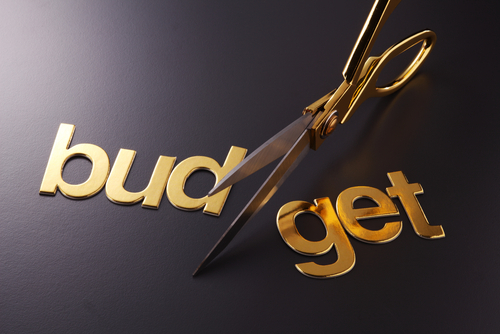 A quarter of federal and national government agencies around the world remain under pressure to cut IT programme budgets and services, according to Gartner.

The analyst firm's 2014 CIO survey found that 26% of government CIOs expect a budget decrease this year compared with the global average of 17% of CIOs.

Every year, Gartner surveys the membership of its executive programmes to expose key priorities, opportunities and threats facing its members across the globe.

Of the 2,339 respondents to the 2014 Gartner CIO Agenda Survey, 288 were from government in all jurisdictions, regions and domains, including defence.

"Reflecting the extended budget development and appropriation cycles that are typical of public-sector institutions, 26% of government CIOs anticipate a budget decrease in 2014, as compared to the 27% who expected to be working with lower IT budgets in 2013," said Rick Howard, research director at Gartner.

"However, with nearly 75% of government CIOs reporting flat or increasing IT budgets for the second year in a row, many government CIOs have an ongoing opportunity to build capacity in high-value areas — such as mobile services and business analytics — while retooling IT portfolios to include more software as a service and public cloud solutions."

The picture is less optimistic among those federal and national governments that remain under intense pressure to cut programmes and services, including defence.

Throughout 2013, rapid shifts in IT management, spending and sourcing took place most acutely at these levels of government, driven, in part, by mandated moves to low-cost, commercial alternatives.

Overall, government CIOs estimate that at least 33% of IT expenditures are now being made by the business units, and outside the authority of the IT organisation.

This indicates a need for government CIOs to quickly and clearly differentiate their portfolios of high-value IT solutions and products from the commoditised IT services traditionally associated with in-house IT organisations.

"Regardless of how much IT spending happens outside of the IT organisation, CIOs must address the presence of shadow IT by affirming their position as the designated and recognised point of IT management responsibility," said Howard.

"This doesn't mean CIOs should attempt to restrict business-managed IT acquisitions and services. However, accountability for the information assets of a government agency cannot be distributed, and governance will ensure a corporate officer, the CIO, is at the table whenever or wherever an IT investment is being considered.

“To maintain organisational relevance in today's digital industrial economy, CIOs need to work in collaboration with their executive peers to strike the optimal balance of 'grow' and 'transform' with running the business."

The survey shows that, as digital opportunities and threats pervade every aspect of business and government, the IT and digital agenda for each country, industry and enterprise is becoming more specialised.

Governments are at risk of entering a long-term state of technological deficiency if they fail to develop and reward digitally savvy executives and IT professionals.

Gartner believes that this is neither surprising nor unexpected, because in the public sector, it is extremely difficult to make the business case and to obtain sustained funding for any new IT or business C-level position.

However, in municipalities where the digital acumen of elected officials is high and economic development is a top priority, there is a willingness to hire the digitally proficient talent needed to support initiatives.

"The exponential availability of government open data fuels a burgeoning marketplace of services and apps that exploit the unprecedented convergence of citizens, information, business and things," said Howard.

"Government agencies should sustain this initial burst of innovation, while ensuring accountability for the management of government's information assets, by establishing clear boundaries among the roles of CIO, CDO and chief technology officer, even when these duties are the responsibility of one person."

Digital is not the only area expected to undergo rapid transformation. According to the survey, over 75% of government CIOs indicate that they will change their technology and sourcing approach within the next three years.

"With three quarters of government CIOs reporting that they will change their technology and sourcing approach within the next three years, the need for the role of IT broker will significantly increase," said Howard.

"At the same time, government CIOs are restructuring their IT portfolios to provide higher-value-added business services and technology capabilities, such as advanced analytics and business process management.

”The most successful government CIOs will relish the opportunity to manage IT effectively in an increasingly diverse ecosystem of vendors and solutions by combining specialised knowledge of government business practices and policies with the executive role, in order to promote architecture standardisation, interoperability, robustness, agility and security.”