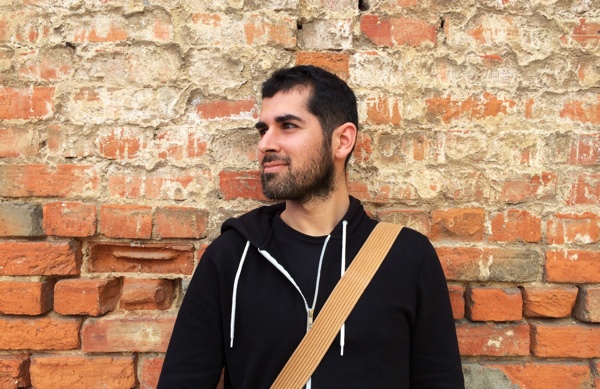 3 screenings, 5 FaceTime calls and a trip to Cupertino: inside Apple”s gruelling interview process.

Apple is revered as one of the most innovative, exciting and influential organisations in the world. Its technology has revolutionised industries and changed the way we live.

It’s no wonder, then, that millions of people around the world would jump at the chance to work for apple, the $1 trillion company.

Brighton-based Luis Abreu, a UX (user experience) designer that specialises on Apple’s platform, was no different. And having endured an interviewed at apple, he has shared the unique experience on his blog.

“I do product, interaction, visual design, as well as development for native high-fidelity prototypes,” he wrote. “To be a specialist I need to not only be a UXer but also follow this platform closely to understand how new tools can improve my workflow, and what new possibilities or constraints are introduced by new devices.”

He compiled all of Apple’s privacy and security-related news into a reference article on his blog called ‘iOS 8 Privacy and Security Updates’.

The blog took him two weeks to produce, which he calculated at £4,000 of investment based on his daily rate of £400. But the investment appeared to pay off.

In September 2014, after the article had gained popularity with the developer community, Abreu received an email from one of Apple’s internal recruiters.

“I wanted to reach out to see if you might be open to exploring career opportunities at Apple as a member of our Developer Publications team,” it read.

Abreu, who naturally jumped at the opportunity, soon found himself in several 30-minute screening calls that assessed his interest and suitability for the role.

“The first call was with an internal technical recruiter,” he recalled. “Given my interest, I had a call with one other team lead before being redirected to the developer publications lead.”

After passing this, Abreu then entered the FaceTime segment of the hiring process, where he spoke for a total of two hours with possible future team members.

“The FaceTime interviews were 30 minute-long and one on one. I was essentially being asked questions about what I do as a designer, how do I go about writing my articles, ups and downs of my experience doing so. At the end there was always a five-minute question time.”

Three weeks later, Abreu was invited for an onsite interview at the Apple headquarters in Cupertino, California in January 2015.

He was given a link to Apple’s internal travel system and freedom to book a return flight and three nights accommodation at a hotel near the Apple HQ.

During a process lasting six hours in Cupertino, Abreu was interviewed by 12 Apple employees.

“The tone was casual and everyone was friendly,” he said. “I wouldn’t say the interviews themselves were hard despite the barrage of questions aimed at understanding who I am as an employee, writer and developer.”

Among that barrage, Abreu was asked how he would implement and write about the hamburger menu at Caffè Macs, Apple's employee cafeteria, and how he would go about writing a cookbook.

At one point, Abreu was told, “We don’t waste time with the dumb,” referring to the ones who don’t make it to the interview.

The interviews ended as they had started with a brief chat with the internal recruiter.

A week after the interviews, back in the UK, Abreu was told that Apple would not be moving forward with his application.

Given the time and money Apple had invested in the process, he was surprised and has since criticised the manner of the interviews.

“The process was extremely long, especially considering the outcome. More than a dozen people and their time, [and] $2000 worth of travel expenses, spanning across four months.

“The interviews seemed based on indirect questioning – this leaves too much room for bad judgements and assumptions in my opinion.”