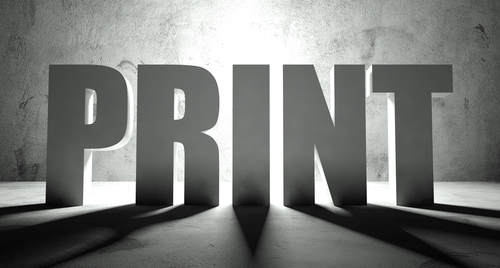 The technology of 3D “bioprinting” – the medical application of 3D printing to produce living tissue and organs – is advancing so quickly that it will spark a major ethical debate on its use by 2016, according to Gartner.

At the same time, 3D printing of non-living medical devices such as prosthetic limbs, combined with a burgeoning population and insufficient levels of healthcare in emerging markets, is likely to cause an explosion in demand for the technology by 2015, the analyst firm predicted.

“3D bioprinting facilities with the ability to print human organs and tissue will advance far faster than general understanding and acceptance of the ramifications of this technology,” said Pete Basiliere, research director at Gartner.

Already in August 2013, the Hangzhou Dianzi University in China announced it had invented the biomaterial 3D printer Regenovo, which printed a small working kidney that lasted four months. Earlier in 2013, a two-year-old child in the US received a windpipe built with her own stem cells.

“These initiatives are well-intentioned, but raise a number of questions that remain unanswered,” Basiliere added. “What happens when complex ‘enhanced’ organs involving nonhuman cells are made? Who will control the ability to produce them? Who will ensure the quality of the resulting organs?”

Nevertheless, the day when 3D-bioprinted human organs are readily available is drawing closer, and will result in a complex debate involving a great many political, moral and financial interests.

As 3D printing technology continues to mature, its ability to build customised human anatomical parts has pervasive appeal in medical device markets — especially in economically weak and war-torn regions — where it addresses high demand for prosthetic and other medical devices.

In addition, increasing familiarity within the material sciences and computer-augmented design services sectors, and integration with healthcare and hospitals, will further increase demand from 2015 onwards.

“The overall success rates of 3D printing use cases in emerging regions will escalate for three main reasons: the increasing ease of access and commoditisation of the technology, ROI, and because it simplifies supply chain issues with getting medical devices to these regions,” Basiliere said. “Other primary drivers are a large population base with inadequate access to healthcare, in regions often marred by internal conflicts, wars or terrorism.”

Outside the medical market, 3D printing will also bring about major changes and challenges. Gartner predicts that, by 2018, at least seven of the world’s top 10 multichannel retailers will be using 3D printing technology to generate custom stock orders, at the same time as entirely new business models are built on the technology.

“Some retailers are already selling 3D printers to consumers, and as they become more readily available, consumers could use them to ‘manufacture’ their own custom-designed products,” said Miriam Burt, research vice president at Gartner.

“We also expect to see 3D copying services and 3D printing bureaus emerge where customers bring 3D models to a retailer or provider and have increasingly high-end parts and designs printed, not just in plastics but in materials including ceramics, stainless steel, and cobalt and titanium alloys.”

The rapid emergence of this technology will also create major challenges in relation to intellectual property (IP) theft. Gartner predicts that by 2018, 3D printing will result in the loss of at least $100 billion per year in IP globally.

In this environment, businesses will find it increasingly difficult to fully monetise their inventions, and licensees of related IP will be less able to achieve the maximum benefit of their licenses.

IP thieves will have reduced product development and supply chain costs, enabling them to sell counterfeit goods at a discount, while unsuspecting customers are at risk of poorly performing and possibly even dangerous products.