4 lessons in peak performance from the London Marathon 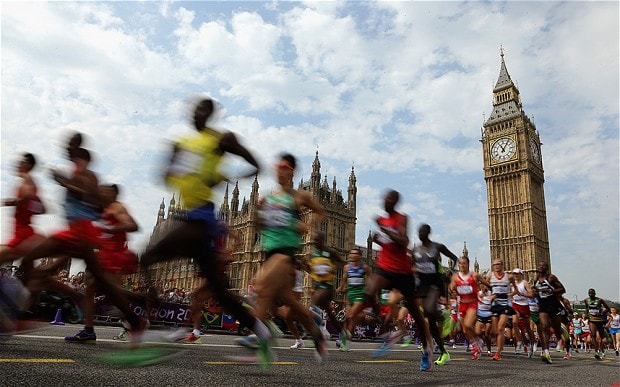 Tens of thousands of participants will be packed into London’s streets for the upcoming London Marathon – not to mention the abundance of spectators – but the city handles these numbers with ease each year.

Runners have gone through regular training to make sure they conquer the strain on their bodies and keep up performance levels as well. However, when websites and apps experience stress through high volumes of peak traffic, it can often be anyone’s guess as to how well they will cope.

Load testing is a crucial aspect of website and mobile application performance. When overlooked, sites open themselves up to system degradation and total failure.

Think of the Government of Canada’s immigration website, which crashed as the 2016 US election results were rolling in, or FIFA’s ticketing page for the 2014 World Cup that failed almost as soon as it opened to eager fans.

E-commerce businesses too know the consequences of a lagging website, especially around major retail days like Black Friday – guaranteeing loss of sales and reputation.

In reality, any company with an online presence should ensure they regularly load test to make sure they can withstand the weight of potential extra traffic. It is a common mistake, however, to think that load testing is only needed to enable your site to support a high volume of users.

In fact, the biggest benefit is typically to improve your website response time during peak traffic, so the user experience becomes consistent and promotes high conversion rates during your prime time traffic. So with that in mind, what load testing lessons can be learned from the London Marathon?

It is often said that runners ‘hit the wall’ during a tough race, but websites or apps certainly can’t afford to slow down under pressure. By recognising the need for load testing, businesses can test their websites and apps in a variety of ways to ensure that whatever the scenario, they don’t break max load and suffer from dreaded downtime.

Marathon runners don’t just make sure their shoes fit in the lead up to a race – they test everything from their socks and running outfits to various methods of fluid intake.

>See also: WordPress vs Wix: which is best for your new business website?

In the same way, the most successful companies don’t stop at testing their websites – they also test their mobile apps and extend these testing strategies to their cloud applications and APIs as well.

Different athletes train in different ways. Similarly, there are several types of load test, some of which are more appropriate to businesses than others.

Retailers may want to run a concurrency test, which creates realistic user scenarios that indicate website performance around major shopping events. Alternatively, if a business simply needs to identify bottlenecks in their apps before users do, then a stress test will find a site’s theoretical breaking point.

4. Test to improve your average speed

Smart runners make use of the vast amounts of data available to them to analyse their performance. Modern fitness trackers help athletes to identify areas of weakness in their training and decide on what actions they can take to keep an even, steady pace over long distances.

>See also: Down and out: 3 lessons learned from Amazon’s 2 hour outage

Monitoring performance is as important for businesses as it is for good runner. A sluggish website, for example, might be operational, but not responding consistently over the full day, and especially during your peak hours.

Taking out the “random” peaks of response time will do wonders for you conversion rate. Remember, if your site is being slow, competition is just a click away.

So if you want to guarantee consistently impressive performance, it’s time to invest in a website testing service that can go the full distance.