6 tips to avoiding rogue IT 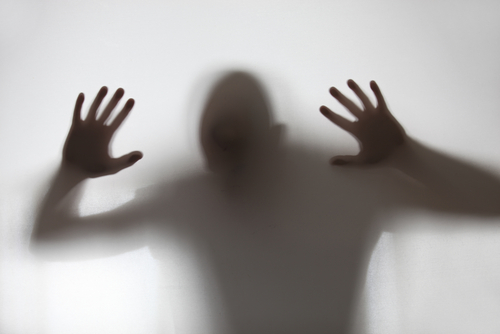 Rebellious? Somewhat. Unstoppable? So far. The beginning of the end for internal IT departments? Well, that all depends on how you look at it.

Just like a rogue wave that can knock you over, the growing trend toward rogue IT continues to catch some enterprise IT organisations ill-prepared. But, the facts can’t be denied much longer:

In a 2nd Watch survey, 61% of business units surveyed claimed to have bypassed IT and procured their own cloud services. According to a CEB survey, an additional 40% of IT spending, beyond a company’s official IT budget, is associated with business users working on IT projects outside of their own IT department. And another recent survey by Frost & Sullivan, in conjunction with McAfee, showed 80% of business users and IT professionals alike admitting they used SaaS applications without official approval from their company.

To the victor go the spoils or vive la revolution?

Most people who discuss rogue IT these days tend to talk about how to stop or curtail it, as if it’s a battle that has two sides: a company’s IT organisation and its end users.

But, since when did end-users become IT’s enemy? More importantly, since when did IT become the enemy of end users? Aren’t they both supposed to be on the same team (namely, helping their company to reach its critical objectives)?

In an age where SaaS can be bought with a credit card and used just minutes later, corporate IT is in real danger of becoming (at the least) irrelevant and (at the most) a perceived enemy to end user innovation.

It’s time for internal IT organisations to face the cold, hard truth. Many IT organisations have an image problem with their main constituents. If they don’t start changing how they serve the business, they may end up going the way of the dinosaur.

>See also: The dangers of shadow IT

What’s an IT organisation to Do?

This is not a new message. My colleagues and I have been sharing our views on this for the past few years. Often, it’s when we talk to midrange and enterprise companies who want to know what they should do about the cloud.

Of course, detailed answers depend on each organisation’s unique situation. But, a few commonalities apply. First, rogue IT reflects a changing landscape on multiple levels. While technology is one impetus driving the widespread use of unsanctioned cloud services, rogue IT is not just a technology issue.

It’s also about changing the way IT responds to the needs of the business. And, it’s about still meeting your company’s data protection and compliance needs within the new cloud landscape. To effectively respond to this trend, existing IT organisations need to address three fronts: People, process and technology.

Here, I’ll present six high-level tips that touch on these three areas. While not a detailed blueprint, I believe these can help redirect IT ships in danger of losing their way.

If your end users are going around your IT department to get things done, you have to start asking why?. It’s time to get back to basics and start learning more about what makes your internal customers tick. What’s top on their short-term and long-term list of priorities? What cloud services are they using and why? What frustrates them the most about IT? This is the new age of the empowered customer. You’d better know who you’re serving.

Now that you know what your customers need, you need to figure out if you can deliver it internally. This gets back to assessing where your IT organisation is at—technologically and otherwise—and assessing its own strengths and weaknesses. We often use a 5-stage Cloud Maturity Model as one way to assess where IT organisations seem to be on a technological, process and business level.

In the first, customer fact-finding mission, you may have discovered how many of your constituents really view your IT organisation. Many may see your IT team as a traffic cop or strict disciplinarian parent whom you can depend on to say “No” to any request. Your actions need to start changing that impression to one who is seen as a service provider, an advisor, an enabler, an innovator—or all of the above.  Also start to message in terms that resonate with the business.  For example, instead of saying, “I can offer you a specific amount of storage,” consider offering what they are really looking for; a collaboration and file-sharing service.

As part of your IT team’s own internal assessment, you may decide it’s time to make some foundational changes to your own operations. On a technological front, you may need to take immediate steps to develop a private cloud environment or become more of an internal service provider. This may mean strategic investment in pre-tested, pre-configured IT building blocks, such as converged infrastructure solutions.

Many IT organisations may ultimately morph to becoming a broker of IT cloud services. This will be true whether those services originate from within their own data center or are outsourced to one or more external cloud providers. It all comes down to knowing which data and applications are strategic and most need to be kept in-house vs. the data and applications which can—and probably should—be outsourced.

6) Go for quick wins while working on the long-haul

If you decide to evolve your IT organisation toward private cloud, start looking for low-hanging fruit opportunities you can parlay into quick, cloud pilots or cloud proofs of concept. Internal development and testing efforts can be fertile ground for this type of quick turnaround and quick results. Early wins by your IT organisation can help to change user opinion. They can also make for happy internal users.

Cloud services are here to stay. The question for your IT organisation is: will you still be? It’s time to reclaim IT and transform your organisation. Make happy internal customers. You’ll be amazed at where it can take you and your company.

This article was contributed by Kent Christensen, practice director for cloud and virtual data centres at Datalink.