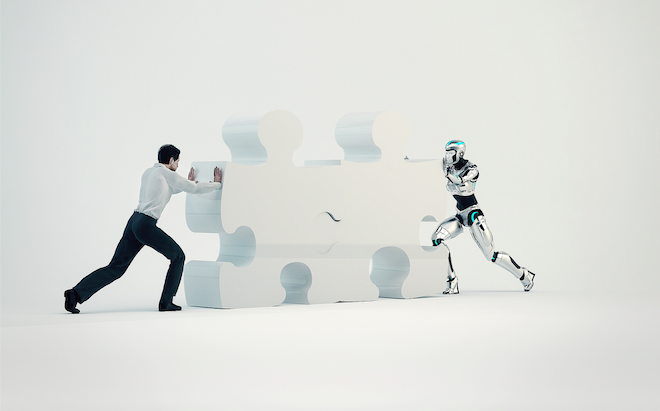 Growing reliance on robots and machines in the workplace has left many worrying it will harm the role of humans. But in a new study, 85% of employers said workplace automation will actually create more jobs than it will replace.

The main benefits to businesses and workers are likely to be enhanced productivity (76%) and new skills development (54%), the study found.

Launched today by Capita Resourcing, the research surveyed 200 business leaders in medium to large organisations and 1,000 full or part-time employees.

The results confirmed that the workplace is undergoing rapid transformation, with more than half (54%) of employers already automating business processes that were performed by people. A further four in ten employers said they plan to automate more processes in the next 12 months.

This is prompting fear among employees that automation will result in widespread redundancies. Whilst two in three employees associated some level of benefit to workplace automation, 72% were worried about loss of work (38%) and the ‘de-socialisation’ of the workplace (27%).

According to business leaders, 80% of staff will be retrained to work alongside automation, deployed in other areas or experience no change whatsoever.

“In order to achieve the perfect blend between human and machine, organisations should involve HR in their automation strategy from day one. This will help to fully understand the potential impact on the workforce and ensure that employee concerns are addressed and managed. Open communication about automation, and reassuring workers of their unique role is critical.”