7 industries that will be radically changed by the IoT 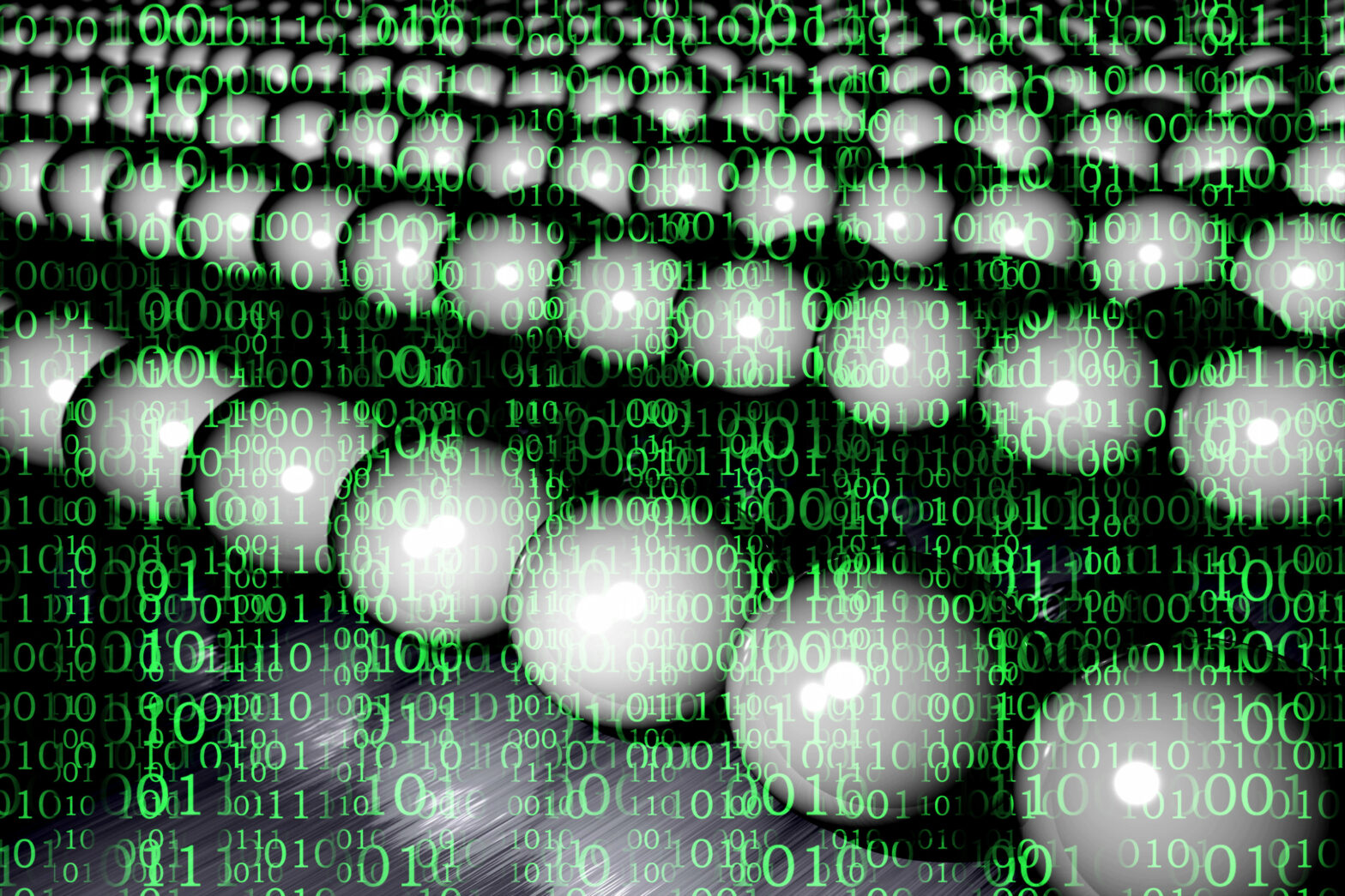 Whenever anyone talks about how the IoT is going to revolutionise the world, people often invoke a similar shortlist of applications: connected & autonomous cars, connected appliances, connected healthcare and so on. But the ramifications of the IoT go much further than this.

IoT is likely to penetrate into familiar industries in ways people have barely thought of, opening up a whole host of new opportunities and potential new threats. Some examples of what people may be about to see coming up sound fairly obvious while others almost sound like the realms of science fiction.

Beyond connected health and the connected home, it’s worth taking a brief look at some of the, perhaps unexpected, ways in which IoT could change various industries across the next few years.

Technological innovation in farming is nothing new, but farmers and agricultural organisations are now turning to the internet of things for greater production capabilities and meet the demands of the world’s ever growing population.

Smart agriculture is already taking off among farmers, with the desire to drive additional efficiencies increasingly making high tech farming the standard across the industry. This is facilitated through devices such as agricultural drones and sensors. The ability to monitor every animal and plant individually and assign each a personalized feeding and medical regime may soon become the norm.

Through sensors and farming drones, farmers are already improving the efficiency of their day-to-day work. New IoT-enabled practices such as remote monitoring of crops, equipment and livestock, and obtaining statistics on livestock and produce, looks likely to play a role in helping farmers meet the world’s food demands over the coming years.

With connections established between everything from wearables to cars, smart products have created an array of new channels and screens for advertisers. Smart devices today are providing brands incredibly granular data on consumer spending patterns, movements, behaviour, and the most influential touch points, enabling marketers to tailor advertising to maximum effect and target users at the right time to encourage conversions.

Smart drink bottles, are already offering marketers a window to analyse consumer behaviour by enabling access to purchasing and consumption habits. As one example, when consumers scan Diageo’s connected whisky bottles with a smartphone, they can easily access promotional offers such as discounts on future purchases, receive suggested cocktail recipes and be supplied exclusive content according to their needs.

The ways in which people travel and the experiences they have while abroad will both change drastically with the IoT. Nowhere is this more clear than in the holiday accommodation sector.

Hotels are already starting to introduce facial recognition that can allow managers and providers to know who the customer is before they arrive and check in. Sensors and emotion recognition cameras will also help hotel employees predict if a guest is hungry and provide food recommendations based on their personal preference – making custom meals available even before they’ve asked for them. Such personalisation is also set to extend to all aspects of a guest’s room, including automated temperature and light settings upon arrival.

The internet of things is already having a significant impact on both the construction and commercial real estate industries. A new breed of smart buildings are helping companies move beyond a focus on cost reduction and are more aligned with the priorities of property owners and managers.

>See also: The Internet of Things and the consequences of downtime

In addition to helping reduce costs, smart buildings are also positioned to significantly improve physical security as well. Through the incorporation of IoT connected facial-recognition cameras, organisations can now protect their offices in real-time, taking account of risk factors and the long-term costs / reputational damage that could be involved in a potential security breach.

The retail world (as people currently know it) is about to change as a result of the IoT, with the process of physical shopping and e-commerce increasingly set to meld. Rather than visiting stores (which obviously have a limited amount of physical space), consumers will soon be able to try on hundreds of different outfits using augmented and virtual reality headsets, thus potentially accessing much larger catalogues with an experience close to that of actual shopping.

Already, high street stores such as Gap are trialling connected AR changing rooms across selected stores, with over 10 billion items of connected clothing set to join the internet of things by 2020.

And it’s not just fashion that will change. As the IoT revolutionises farming and food consumption, supermarkets are also set to drastically alter their retail approach. As new collaborative farming technologies combine with the connected supply chains made possible by IoT, supermarkets will have an abundance of low cost products, which can be produced only as and when they are required by consumers.

This will not only help to drastically cut down on food waste, but will also save supermarkets a significant amount of money on wasted products and over-stocking of perishable goods.

It’s not hard to see how traditional high street banks may come under enormous pressure, while also enjoying some significant benefits, as a result of innovative IoT applications being introduced within Fintech.

As the internet of things grows increasingly secure both banks and consumers are becoming more accustomed to the idea of managing their financial transactions through a variety of connected devices.

Already society is starting to see the introduction of smart cashpoints, with connected vending machines soon set to allow customers to take out a loan, accept a deposit, transfer money and undertake many other common financial transactions straight from the device.

Insurance will, of course, still be needed. In fact, there may need more (and new) types of insurance, given the new risks presented by connected devices, autonomous cars and drones.

However, the vast amounts of data taken in and given off by IoT devices will mean that businesses are able to measure risk a lot more accurately, helping insurance firms to cost their decisions with a greater degree of precision.

The future may involve insuring a person’s risk based on the activities they undertake, where they travel, work & live rather than a multitude of separate insurance offerings.

Furthermore, it seems likely banks will see themselves using sensors and analytics to gather more information about customers and offer personalised services. This will not only provide banks with a more vivid picture of their consumers, but will also allow them to understand how they buy and where they spend their money.

The manufacturing industry will be one of the industries that will be most heavily affected by the internet of things. Manufacturers across all areas including automotive and electronics have already invested in embedded devices to monitor equipment and assets. As the cost of hardware falls, the are stepping up their investment in IoT devices and are already reaping the benefits.

Many manufacturers are already using IoT solutions to track assets in their factories, consolidating their control rooms and increasing their analytics functionality through the installation of predictive maintenance systems.

Commonly known as “smart manufacturing”, the use of IoT devices will improve the efficiency and productivity of manufacturing operations. This will most likely be done by retrofitting sensors to existing manufacturing equipment or – in the case of newer equipment – connected sensors will increasingly come pre-installed as standard.

With each new industry that joins the internet of things, the overall concept of IoT becomes increasingly complex and impossible to manage.

As has often been pointed out, the number of applications of the IoT, and the number of devices that will ultimately be deployed, are vast. However, the separate development of such devices and services, often built on widely varying different code bases and OS types, is fast creating an IoT that is extremely unwieldy, making it increasingly difficult for businesses to guarantee interoperability or a reliable support path. Both of these things will be crucial to the IoT’s development.

Canonical believes that the future of IoT, and the realisation of many of the applications listed above, will ultimately depend on achieving a greater degree of unity between the IoT’s various components; running sensors, edge devices, computers and cloud and infrastructure components on a common (and highly secure) code base, with a single, highly automated and centralised method of providing security updates.

As the cost of hardware continues to fall and the compute capability increases, the ability to treat IoT devices as a platform becomes far more realistic. By disaggregating software and cloud services from the hardware, greater revenues are possible as multiple “applications” are able to run on a single device.

Adopting a cross-industry application packaging format – snaps – allows developers to build and target multiple operating system distributions without lock-in. With security at the heart of an IoT solution, companies can protect customers’ data and their corporate reputation. Starting with the right platform is the key to unlocking IoT’s potential.

Sourced by Mike Bell, EVP of Devices and IoT at Canonical 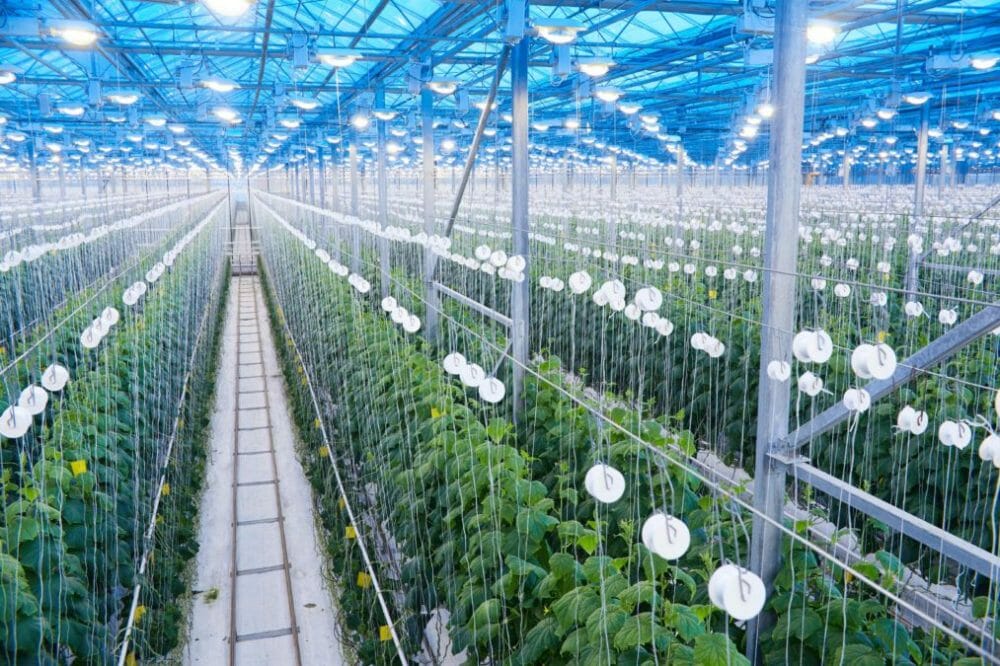 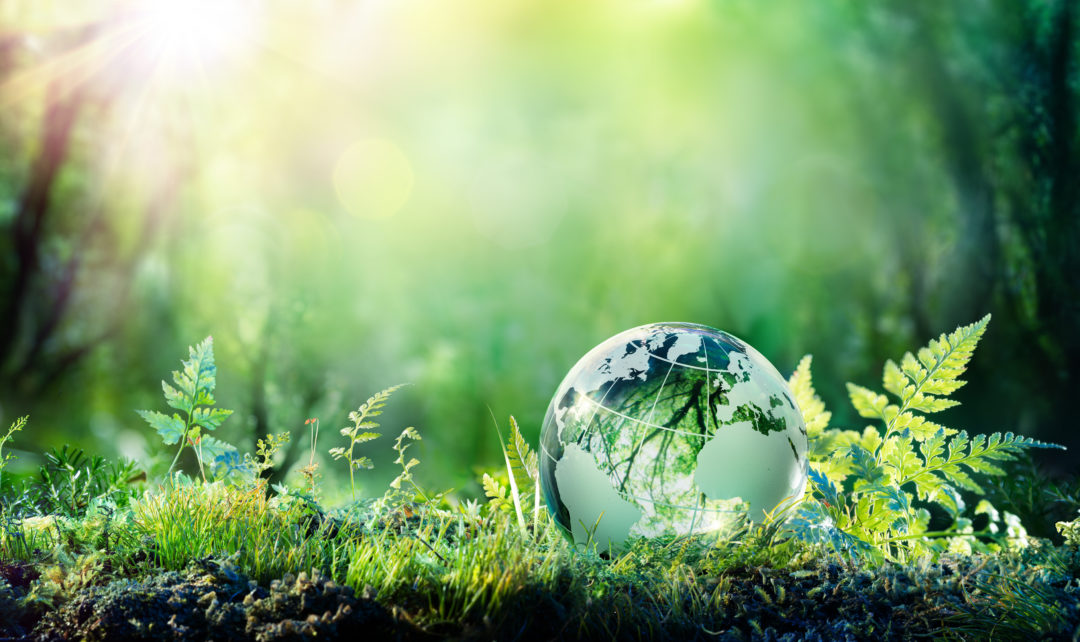 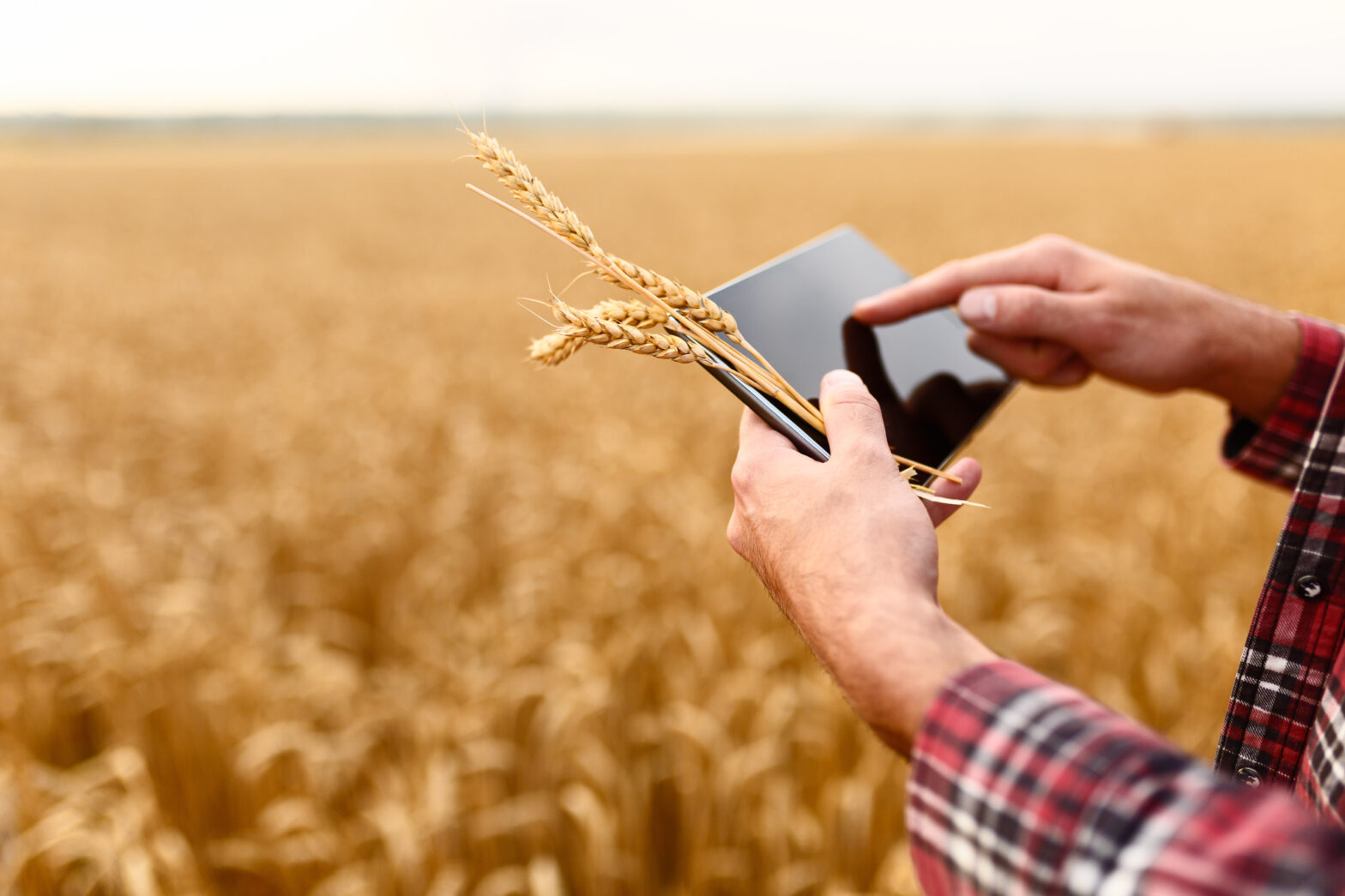 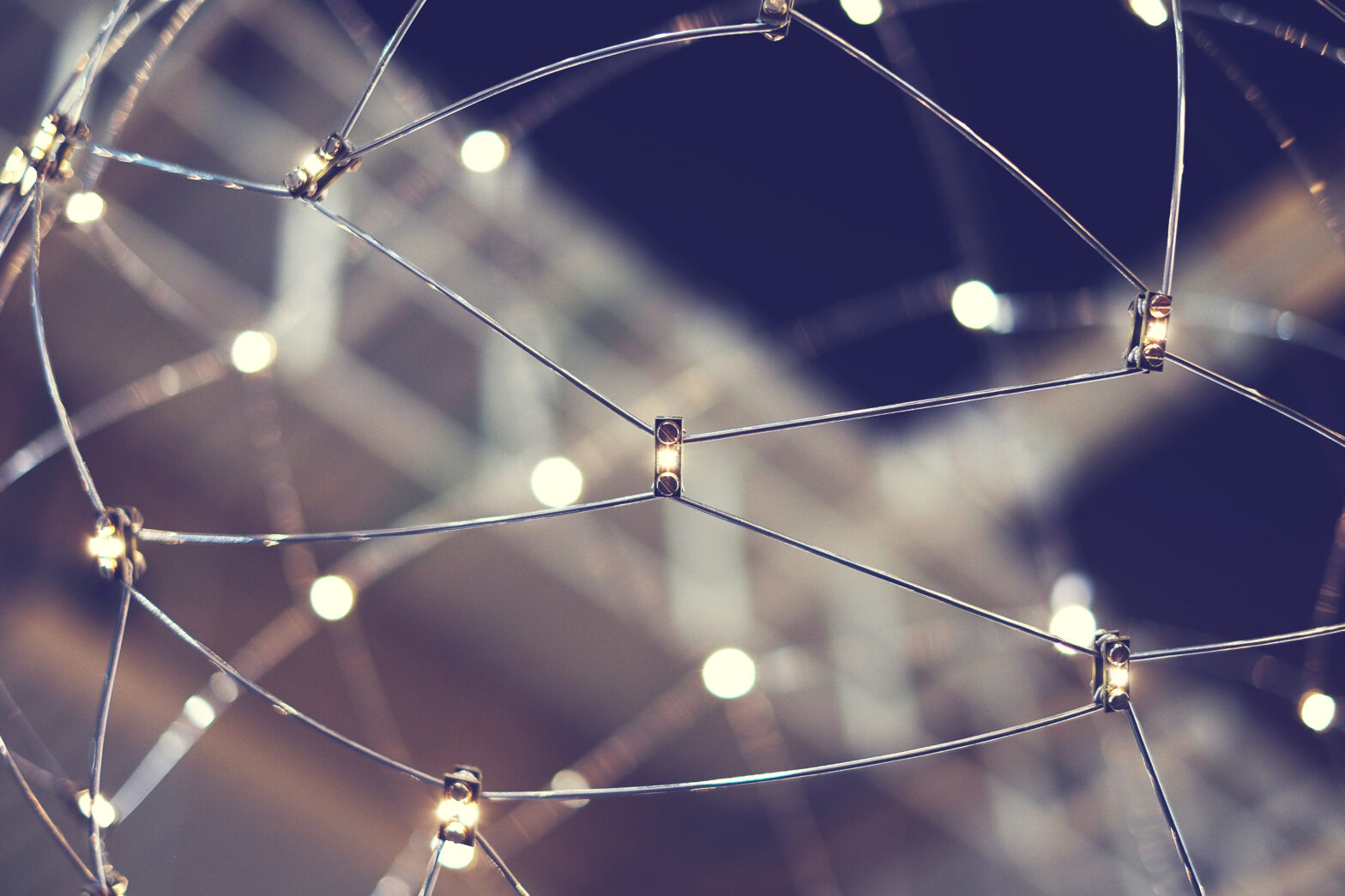 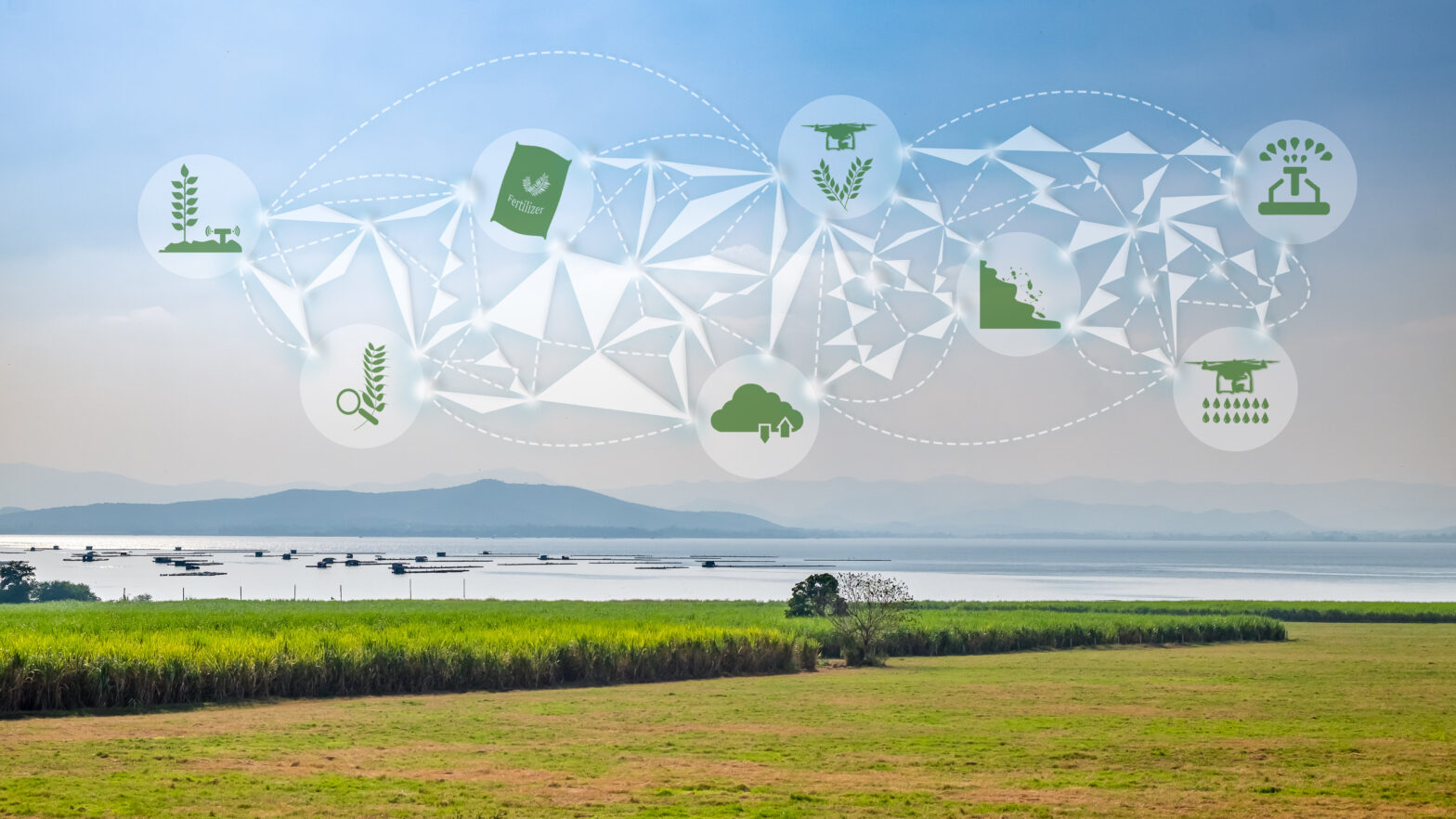