Skip to content
Home » Sectors » Consumer Electronics & Mobile » 75% of workers admit to being less productive away from their desks  but would technology change that?

75% of workers admit to being less productive away from their desks  but would technology change that? 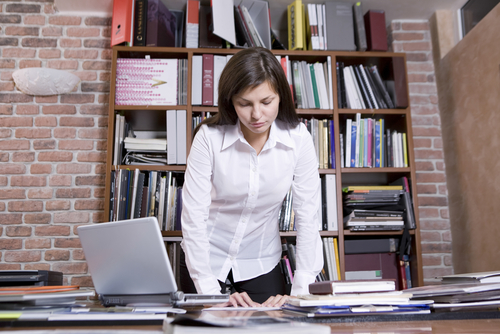 Three quarters of British employees believe they are less productive away from their desks, a survey has revealed.

The research, commissioned by IT services firm Ricoh, found that only 25% of employees feel productive when working from home, 9% in other offices and 8% in transit.

Despite this apparent lack of value seen in mobile working, survey respondents indicated this would change if they had technology that enabled it.

Out of the 61% of respondents that already sometimes work from home, 44% admitted that a lack of suitable technology hampers their productivity. A further 22% said they would work from home if their organisation’s technology didn't prohibit.

Out of the mobile workers that did report productivity, technology was often attributed as the enabler. Respondents felt their productivity had been improved over recent years thanks to smartphones (67%), cloud (59%), tablets (52%), video conferencing (52%) and print management (49%).

The research also sought to identify what most hampered workplace productivity.

>See also: 4 steps IT should take to prepare for the UK’s new flexible-working law

Over half (54%) said one-to-three hours per week were wasted with IT problems, while the same amount cited people’s lateness for meetings as damaging their productivity.

Respondents were largely optimistic about how technology could improve productivity, pointing to virtual profiles (50%), online collaboration tools (48%) and tablets (44%) as good investments.

Over half (52%) hoped technology would eliminate the need for paper records in the next few years, while printing documents prior to meetings (46%) and taking written notes (43%) were also on respondents wish lists to become instinct.

The research was carried out amongst 1,007 full-time, office-based employees in UK private companies.

“The overwhelming message from this research is that UK employees feel technology has vastly improved productivity in and out of the office, but there is still a lot of room for further improvement,” said Phil Keoghan, CEO at Ricoh UK.

“With the recent drive towards a mobile workforce, it is surprising that so few people feel they are as productive when working at home or away from the office. It is particularly worrying that people feel less productive at other company offices, where it is very easy to replicate their working environment.

“It is great to see that so many people have embraced mobile working. Now, their employers need to equip them to do their jobs properly when away from their desks.”