94% of organisations not yet migrated from XP – VMware study 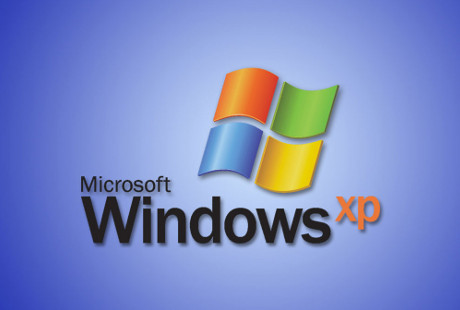 Virtualisation and cloud infrastructure giant VMware today announced research which reveals that 94% of organisations have still not migrated all of their devices from Windows XP, despite the fact that Microsoft will stop offering support for the operating system on April 8th, 2014.

According to the research, conducted in October 2013, only a third (34%) of the IT decision makers planning to migrate remaining Windows XP devices before April 8th 2014, said they were 'extremely confident' that they would be fully migrated before the deadline.

36% admitted they are 'not even close to having the migration complete,' and a fifth (20%) are only partway through – with completion expected after Microsoft support ends.

Of those respondents who are planning a migration, or are already in the process, 79% said they will migrate their devices to Windows 7. 35% said they plan to migrate to Windows 8.

After April 8th, 2014, Microsoft has announced that it will no longer provide security updates, technical updates or bug fixes for Windows XP. Desktops and laptops running on the operating system may be vulnerable to security threats, including hackers and viruses.

The research, conducted by Vanson Bourne and sponsored by VMware and Dell, surveyed 250 IT decision makers across private and public sector organisations in the UK.

The data shows a large proportion of businesses may be taking security and compliance risks for their businesses, including a much greater threat from cyber criminals, by failing to transition completely from Windows XP before the April deadline.

See also: One in five companies that use XP have no plans to migrate

According to the IT decision makers surveyed in the study, organisations still have an average of 24 business-critical applications which only run on Windows XP. These systems include those forming the foundation of the business, with finance (58%), ERP (39%) and CRM (26%) applications affected.

When it came comes to those businesses that had completed migration, the research among CIOs, IT directors and IT managers also showed that while the majority (75%) were able to complete their migration in less than a year, a quarter (25%) took more than a year to migrate off of Windows XP. This implies that businesses need to get a plan in place to complete migration soon.

Additionally, of those survey respondents who are not expecting to migrate before April 8th 2014, they are expecting to spend an average of 17% of the IT budget running and managing Windows XP.

'The most notable thing about this research isn’t just how few companies have fully migrated from Windows XP to date, but how many business-critical applications there are still in operation that will only run on XP,' commented David Parry-Jones, regional director, UK and Ireland at VMware.

'These business-critical applications related to finance, sales or customer relationship management can affect the bottom line, potentially disrupt operations and damage the reputation of organisations.'

IT decision makers noted in the survey the reasons for not having migrated: the biggest concerns were the disruption it would cause to the business (42%), as well as the cost. More than a third (34%) were concerned that it is too expensive to migrate, despite the large costs associated with running Windows XP after the end-of-support date.

'Many organisations have shied away from migrating from Windows XP due to the perceived cost and complexity of such a project,” said David Angwin, Director, Global Field & Channel Marketing at Dell.

'However, Dell provides organisations of all sizes with efficient migration solutions, including desktop virtualization, which can facilitate rapid migration to Windows 7. Dell’s joint initiative with VMware is a valuable tool for Windows XP migration, with fast, low risk, low cost and predictable VDI deployments. Desktop virtualization can also cut future infrastructure costs, reduce downtime through central backup, and enable organisations to deliver a consistent and secure end-user experience from any device.'

St Edmund’s College, a UK secondary school with 800 pupils and more than 200 staff based in Hertfordshire UK, was all too aware of the vulnerabilities it could expose itself to if it did not migrate from Windows XP.

Stuart Winfield, Network Manager at the College said the IT network is crucial for running the college, 'both as a business and in supporting our pupils’ education, so we addressed migration early.

'Migrating our 580 PCs manually would have taken us months, but we were able to achieve this in just over a day through a virtual desktop solution. This transformed our physical PCs into 200 zero clients, and also enabled us to configure our existing laptops. The virtual machines also let our pupils access the school network from any device.'