A bid to cut the crippling cost of banking integration 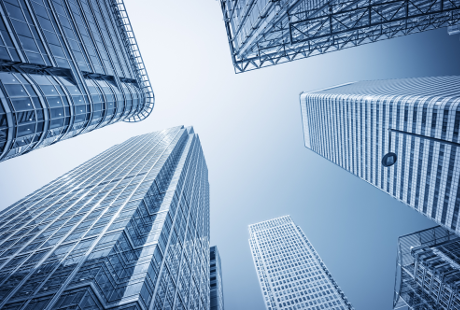 The banking industry, it is fair to say, has a legacy IT problem.

Having been some of the earliest adopters of information technology, most major banks have accumulated decades-worth of IT infrastructure, stitched together in unimaginably complex architectures.

For some banks, even keeping this legacy infrastructure running is proving difficult – look no further than RBS's catastrophic IT outage in the summer of 2012.

But it is also stifling innovation. The cost of integrating a new application into legacy systems can be three or four times the cost the application itself. This prevents banks from trying anything new unless it guarantees a phenomenal return on investment.

The Banking Industry Architecture Network (BIAN) is an initiative to cut the cost of integrating banking systems by defining standard business services for the sector.

It is the successor to a similar initiative started by SAP, back in 2005, to define standard banking processes and software. In 2008, the project's co-founders, which included Dutch banking giant ING, decided that it would be more likely to succeed if it included more suppliers.

"The participating banks said if there are more vendors involved we can move more easily to a multi-vendor environment, and run a more agile IT infrastructure," explains Hans Tesselaar, BIAN's executive director.

The aim of the project is to define the common systems and processes that banks use to do their work, in a "business semantic" language. The idea is to provide a common language for defining banking architecture. "What we are doing is like providing a city plan," says Tesselaar. "It is up to the bank which routes they decide to take through the city."

BIAN has identified 260 'service domains', common functions that every bank performs. It is now going through the process of defining those service domains in detail, and has completed 63 so far.

The hope is the software companies will "align the boundaries of their software with the BIAN landscape", Tesselaar says – in other words, define the points of integration to their applications using BIAN's service domain definitions.

Henk Houtzager, is head of strategy, innovation and architecture at ABN AMRO. He says the bank is lending its support to BIAN for two reasons.

"Firstly, we want to make it easier for us to buy off-the-shelf software. If the suppliers are aligned to BIAN, it will be easier to integrate," he explains.

"Secondly, we are working on refreshing our own IT landscape, which has been growing for over 30 years now. We've got a large project underway to define the service domains, to make sure they don't overlap and to reduce the number of systems.

"BIAN provides us with a reference to model to do that," he says.

On the supplier side, banking IT services provider SunGard has used BIAN as the basis for its Ambit core banking software platform, launched last year.

Clearly, there is much still to do. Persuading banks to adopt another set of standards, when so many have failed to deliver the promised interoperability in the past, and established providers to adopt an as-yet unproven service model will not be easy.

But it is a task worth pursuing, as the benefits of unlocking innovation in the banking sector will hopefully reach beyond the industry and into society as a whole.