Skip to content
Home » Careers » Recruitment » A guide to working in the Santiago, Chile tech scene

A guide to working in the Santiago, Chile tech scene 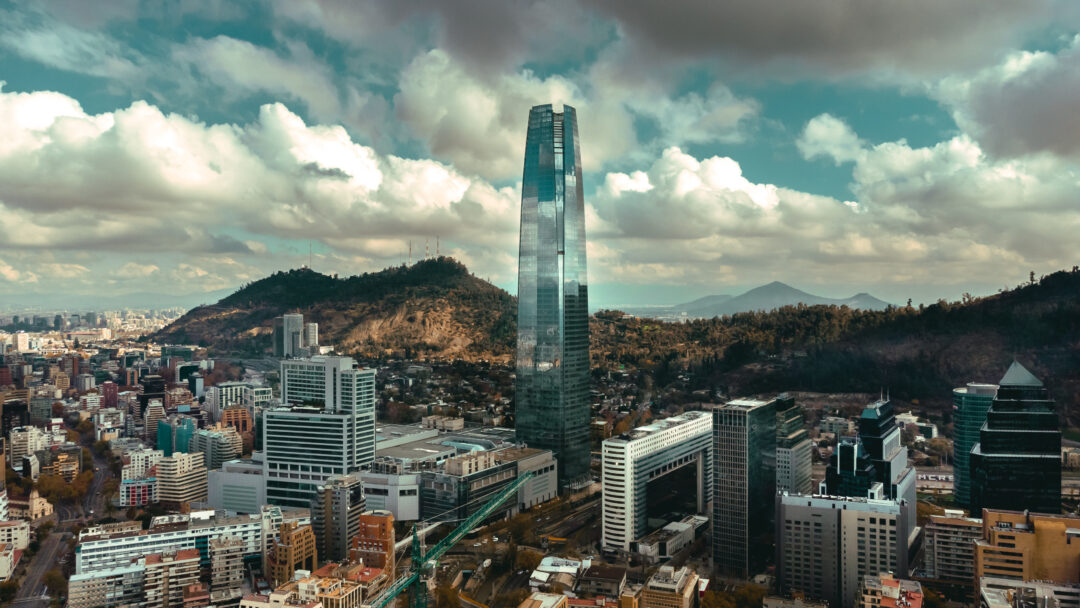 Continuing with our series exploring innovative tech hubs around the world, we take a look at what the tech scene in Santiago, Chile has to offer tech talent

The Latin American tech scene is hotting up. Not only is Latin America consistently breaking records in terms of startup growth, but it is also receiving impressive investment from venture capitalists around the globe.

Over the last few years, the region has seen a dramatic increase in the number of startups with unicorn status. 16 privately-held new companies have gained valuations of over $1bn, and billions more have been invested in startups such as Nubank ($750m), Kavak ($700m), Rappi ($500m), and Nuvemshop ($500m).

But it’s not just Mexico, Argentina, and Brazil that are making waves — Chile is slowly but surely becoming an understated tech champion.

The reasons for the country’s success are pretty obvious. Firstly, we have foreign investment. In recent years, huge multinationals such as Oracle, Google, and Amazon Web Services (AWS) have set up bases in the country’s capital, Santiago. These large arrivals have generated momentum for the local tech industry.

These large companies have been bolstered by Chile’s impressive connectivity. The country’s 5G technology and both continental and intercontinental fibre optics make the region more attractive as an investment destination.

When you combine this with the city’s highly educated workforce, tech success seems inevitable. Santiago has the third highest availability of digital talent in Latin America, outperformed only by São Paulo and Mexico City.

The future in Santi is looking pretty bright. While the city is still flying under the radar for international tech workers, it won’t be long until we will hear about talent flocking here in their droves. After all, who wouldn’t want to work in a city with great nightlife, excellent public transport, and an amazing food scene?

Here’s everything you need to know if you’re considering a move.

The entire world is experiencing a fintech boom, but Latin America in particular is reaping the benefits. The Chilean fintech ecosystem is made up of approximately 179 startups — 60 per cent more than in 2019 — representing an annual growth rate of 38 per cent.

This huge growth is because the Chilean government has actively been promoting the country as a fintech hub. Last year, the government even introduced the Fintech Bill which aims to regulate crowdfunding platforms, alternative transaction systems, and crypto assets amongst many other activities. This bill marks a longstanding commitment to the growth of this sector.

While Santiago is home to many exciting and innovative fintech startups such as Betterfly, Global 66, and Fintual, it also is a base for many large multinational banking institutions such as Santander.

Santander is the fourth largest company in Chile based on market capitalisation. The banking giant established itself in Chile in 1978, but in 2002 the company merged with Banco Santiago, consolidating itself as one of the leaders in the financial industry. You can check out the company’s available roles on the Information Age Job Board.

Unsurprisingly, Information Technology (IT) is one of Chile’s most promising sectors. According to IDC, the total market in 2021 was $8.7bn — a 35 per cent increase from 2020 — and is expected to grow 5 per cent in 2022. At the moment, there are an estimated 8,000 IT companies in the country.

Much like the fintech sector, the Chilean IT sector has been thriving thanks to an increase in government support. In May 2022, the government presented Chile Digital 2035, a new strategy focused on reducing digital inequality and guiding the digital transformation of the country. Top employers in this area include Oracle, IBM, Amazon, and Microsoft.

Microsoft arrived in Chile in 1992, but in 2020, the company announced “Transforma Chile #ReactivacionDigital”, the company’s most significant investment in the country. Under this initiative, the Microsoft Cloud will increase remote work communications and learning through services like Microsoft Teams, improve reliability and scale of services from Chilean businesses, and empower individuals and the public and private sectors to innovate with the latest developer tools. You can explore open roles here.

Cyber security is affecting every single country around the world, and Chile is no different. In 2021, it suffered more than 9.4 billion attempted cyber attacks, according to data collected by Fortinet’s threat intelligence laboratory.

As a result, this sector is growing at an exponential rate, and it’s not going to slow down any time soon. According to Statistica, Chilean revenue in the cyber security market is projected to reach $228.5m in 2022.

World-leading firms specialising in cyber security located here include big players such as PwC and Ernst & Young — or EY as it is now known. EY offers a variety of professional services to clients including cyber security. Its cyber teams are broken up into key focus areas: strategy, risk, compliance, and resilience, to name a few. You can check out current roles here.

Explore jobs in tech hubs all around the world on the Information Age Job Board today.

A guide to working in the New York tech scene — Exploring the current state of play in the Big Apple’s tech scene.

A guide to working in the Buenos Aires tech scene — Taking a closer look at what the tech hub in Argentina’s capital has to offer tech talent.