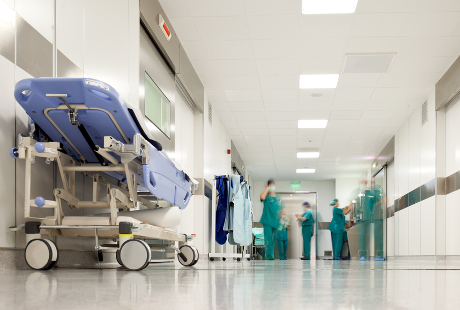 NHS Greater Glasgow and Clyde has revealed that the IT outage that delayed treatment for over 700 patients was caused by corruption to its implementation of Microsoft's identity management system, Active Directory.

“The unprecedented IT issue related to our network and the way staff connected to some of our clinical and administrative systems," said Robert Calderwood, the trust's CEO, in a statement today.

"The situation is that as users log on, they go through a system called Microsoft Active Directory, a router system which recognises users and allows individual access to our clinical and administrative support systems," Calderwood said. "This was corrupted over the weekend which became apparent when staff logged on to the system on Tuesday after the holiday weekend.”

The problem has now been resolved. "This repair was effected by NHSGGC IT teams working in collaboration with international experts from our suppliers at Microsoft and Charteris and our IT teams will continue to closely monitor the situation as clinical staff begin their work today," the trust said.

It is now working with Microsoft to identify the root cause of the corruption.

"No information had been lost, and any data gathered from appointments and treatments over the past three days will be manually added to the computer systems," it said.

The trust said that it delayed treatment of 706 patients as a result of the outage, which began on Tuesday. "More than 10,000 patients have had their procedures and appointments maintained."

Writing before today's announcement, TechMarketView analyst Tola Sargeant said that the incident serves as a warning to other NHS trusts of the important of back-up and recovery systems.

"NHS GGC’s problems ought to act as a stark warning to other NHS organisations about the importance of having the right back-up and disaster recovery plans in place," she wrote. "In healthcare, any IT failure really can be a matter of life and death."