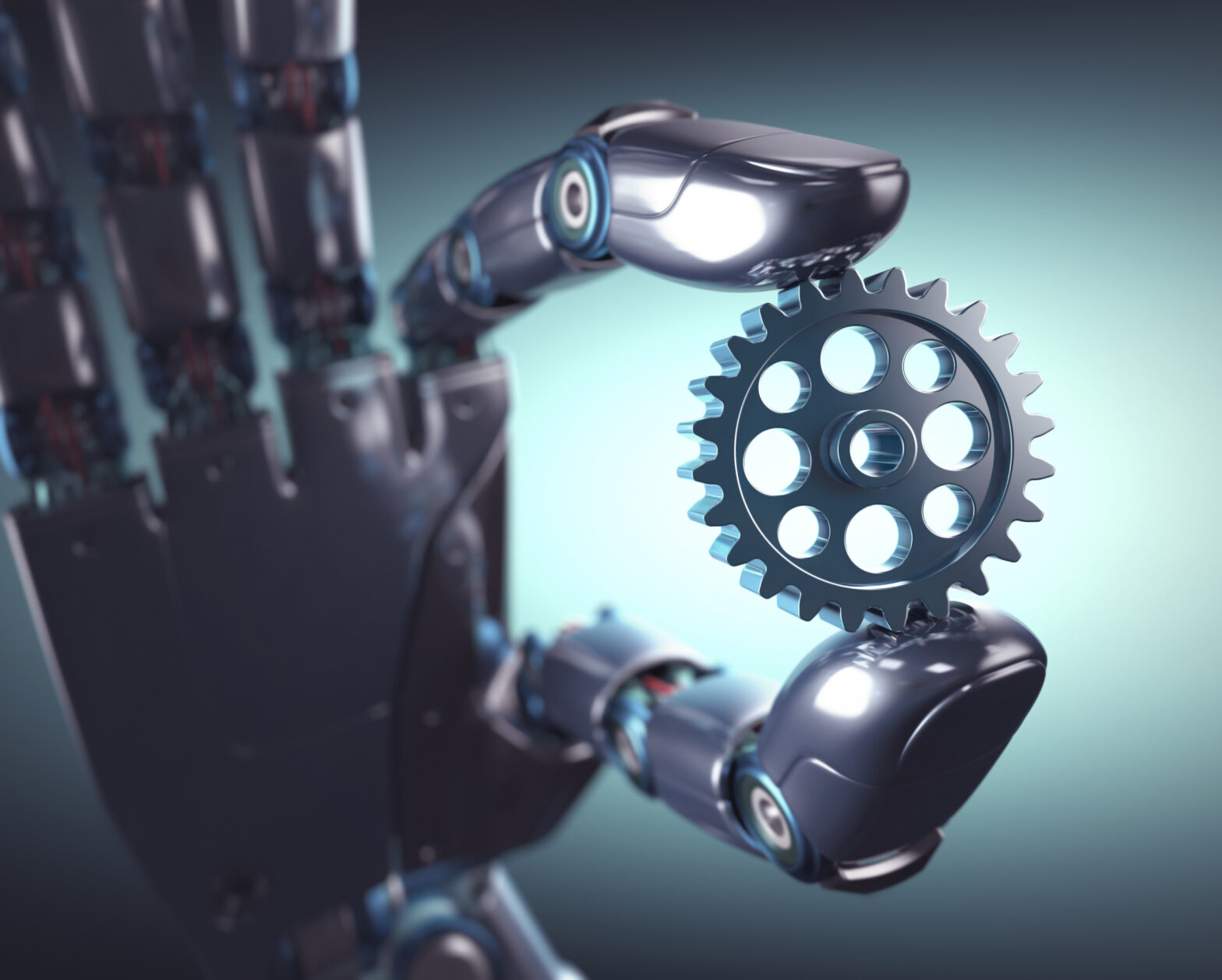 A revolutionary new type of robotic hand is transforming the way in which many sectors use robots. Taking a totally new approach to robotic manipulation, the Shadow Dexterous Hand closely mimics the dexterity of the human hand and is able to perform many tasks previously beyond the reach of robots.

Often used in sectors ranging from pharmaceuticals to farming for research and product testing, the Hand can be used as a remote controlled, tele-operated tool, or mounted on a range of robot arms as part of a wider robot system.

The organisation behind the Hand, the Shadow Robot Company, was founded in 1987 by a group of enthusiasts in London. Since then it has evolved into one of Britain’s longest running robotics firms, and a leading developer of dexterous robotics manipulation technologies, or ‘hands for robots’.

Considering ways in which robots can be applied to solving real world problems, how they can be equipped with human skills, operate in human environments and use tools designed for humans, led the company’s founders toward thinking about manipulative robotic hands. This idea was developed further following the realisation that, when a robot took the same form as a human hand, it was easier for humans to understand how it could be controlled remotely via teleoperation.

Having produced the world’s most advanced anthropomorphic dexterous hand and developing a Smart Grasping System for use in the manufacturing industry, the company has gone on to work with organisations including NASA, GSK, and Qualcomm.

The top priority when developing the Shadow Dexterous Hand was to approximate the kinematics of the human hand; the movement of its individual bones, joints and tendons.

The required level of flexibility was achieved by designing 20 actuated degrees of freedom, and four additional under-actuated movements across a total of 24 joints, each of which has a movement range similar to that of a human hand, including the thumb, and even the flex of the palm for the little finger.

The hand’s tactile sensitivity is as a result of an impressive feat of miniaturisation, in which a total of 129 sensors have been packed into a device the same size as a human hand.

These include absolute position sensing for each joint, force sensing for each actuator, temperature, motor current and voltage sensing, and ultra-sensitive touch sensors on each of its fingertips.

Development of the unique and highly sensitive components that make up the hand’s fingers and fingertip clearly required precision manufacturing, and for this reason The Shadow Robot Company employed the services of digital manufacturer Protolabs to help perfect them.

Demands of a fast-moving industry

During the development of the hand, it was decided that, given the highly specific geometries required for the movement of the fingers, injection moulding would be the most appropriate manufacturing process for moulding the plastic parts that comprised them, as it would deliver the necessary structure and surface finish.

A production method in which parts are produced by injecting materials into a mould, the technique delivers repeatable, reliable and consistent results throughout the manufacturing process, allowing the Company to continue producing the required components at the same level of quality regardless of quantity.

Robots have been used by a range of industries for decades, and robotic hands have long been employed in heavy manufacturing.

The human hand, however, is a complex biological creation, and replicating its strength, sensitivity and range of movement has been an ongoing quest for The Shadow Robot Company.

As a result of years of research and development, and the application of the most advanced manufacturing processes, the Shadow Dexterous Hand is sensitive enough to handle an egg without breaking it, flexible enough to stir up a crab bisque, and can even be relied upon to handle the connection between an astronaut and a spacecraft.

From fruit picking to bomb disposal, performing remote surgery to carrying out previously inaccessible repairs, there are many potential applications of the robotic hand, the perfect marriage of innovation and manufacturing technology.