Skip to content
Home » Topics » AI & Machine Learning » AI adoption: When will it be too late for you?

AI adoption: When will it be too late for you? 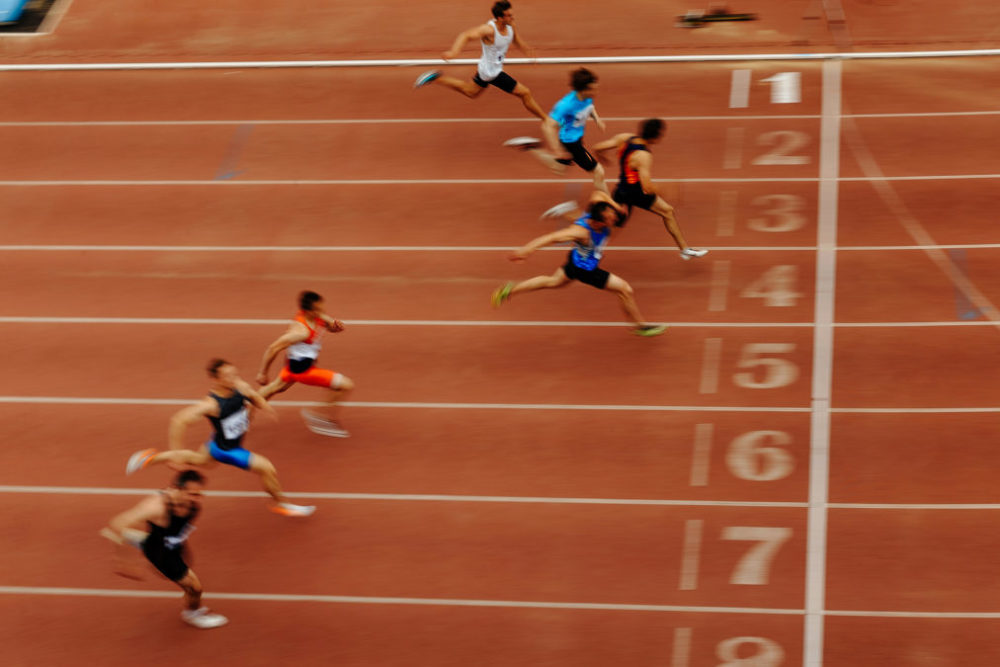 While not every company has ambitions to be the next Amazon, none wants to be Sears. Yet to avoid the fate of the fallen, organisations must, to a certain extent, emulate the world’s most dominant firms. A core trait shared by industry titans like Amazon, Netflix, and Google worth imitating is the habit of constant evolution. As organisation heads consider how to evolve for the economy of tomorrow, they’re wondering where artificial intelligence (AI) fits on the priorities list. A growing body of evidence suggests that most organisations, regardless of industry, cannot afford to move slowly on AI adoption. If nothing else, the opportunity costs of waiting will be painfully high.

What the tech giants do

Today’s wildly successful companies leverage AI extensively. Consider Netflix. In May, the famed video streamer hit a market capitalisation of $152.7 billion, surpassing Disney as the world’s most valuable media company. Machine learning, a branch of AI, has been pivotal to the company’s rise. Netflix applies machine learning in a recommendation engine that analyses usage data –e.g., the types of shows people watch, the length of time people spend viewing certain shows, the lead actors in the most popular shows, etc. –to offer personalised content suggestions. It turns out, Netflix’s recommendation engine is responsible for 80% of the TV shows its subscribers consume. But Netflix doesn’t just use data and AI to recommend content; they use them to create content too. Mega-hit TV series House of Cards is a shining example of this. There seems to be a close tie between AI and revenue at Netflix.

Amazon, too, applies machine learning to great effect. Like Netflix, the Seattle behemoth wields a powerful recommendation engine. But it also employs AI for other things. For instance, machine learning models help Amazon optimise its inventory by forecasting product demand. ML also reduces inefficiencies at the company’s fulfilment centres by telling robots where to cart certain goods when an order gets placed. Not long ago, Amazon’s market value cleared $1 trillion–a staggering sum. Without a doubt, the company’s early and continued AI adoption deserves some credit for this feat.

Kicking off Information Age’s Digital Transformation month, we look at everything you need to know about what is digital transformation in business; the challenges, the technologies and above all, how to succeed

It’s not just tech giants that are reaping the AI harvest. Iconic motorcycle manufacturer Harley Davidson grew its lead volume by nearly 3000% in three months at a New York dealership thanks to AI. A survey by Capgemini, a global consultancy, shows that three in four organisations that have gone live with AI have seen sales of new products and services grow by over 10%. Each new headline about AI driving some extraordinary outcome reinforces the notion that artificial intelligence will touch off radical changes in the world economy. But the rate at which this unfolds depends on how quickly the general-purpose technology gets adopted.

Early AI adopters are swinging for the fences

Researchers at the Massachusetts Institute of Technology (MIT) surveyed 3,076 business executives across the globe and found that 67% of organisations have AI “pilot” programs in place. Within this group, the authors identified an elite cluster, dubbed “pioneers,” that showed high levels of AI adoption and that have deployed the technology in real-world settings. These innovators are exceedingly ambitious in their AI pursuits. 90% of pioneers say they have a strategy in place for scaling AI out to the entire enterprise.

If these organisations yield AI-driven gains across hundreds of use cases, it could make it all but impossible for their competitors to keep up. MIT also found that most of the pioneers are prioritising AI initiatives that create revenue rather than cut costs. At times, the narrative around artificial intelligence has been that its greatest function will be to automate routine operational work. But the long-term effect of lowering costs is marginal compared to revenue generation. Say, for example, a trailblazing company uses AI to create a new, hard-to-replicate product for which there is high demand. Its grip on the market, in this case, will be vastly tighter than if it had chased meagre gains in operational efficiency. The number of companies entering the AI arms race is growing, and they have bold aspirations. Waiting to see how these pioneers fare before exploring AI yourself is a risky strategy.

The introduction of artificial intelligence into the insurance industry is going to revolutionise the sector, and change the customer experience forever. Read here

Catching up to the trailblazers

The veil masking AI’s potential keeps getting lifted. Many who have invested in the technology are seeing massive returns. What remains to be seen is the pace at which emerging AI-driven companies will take over new swaths of the market. Regardless, for organisations that have yet to take AI seriously, now’s a good time to start getting up to speed.

Written by Craig Stewart, SVP of Product at SnapLogic