Skip to content
Home » Cyber Attack » AI and the sharing economy: how Expedia views the future of travel

AI and the sharing economy: how Expedia views the future of travel 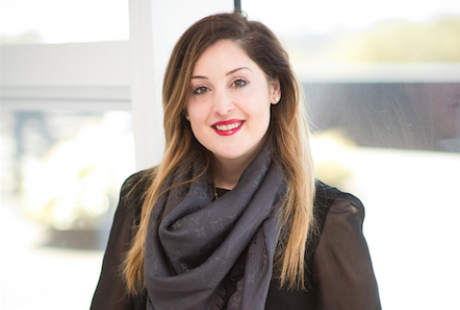 Expedia is the most recognisable brand in the world of online travel and owns several others, including Hotels.com and Trivago. Its companies operate more than 100 branded points of sale in over 60 countries.

As a parent company, Expedia has made a steady flow of acquisitions over the past 15 years, and last year stepped up its M&A strategy with the takeovers of online travel agencies Travelocity and Orbitz, and holiday rental website HomeAway.

A major goal in this M&A activity is to control and maintain Expedia’s market-leading position in an increasingly competitive market for online travel booking, and is reflective of a general industry trend towards consolidation.

Expedia was the first online travel giant and has been at the forefront of the transition in the way people book holidays, but that counts for little in the disruptive world of digital. Keeping a firm handle on the market as it continues to evolve is paramount.

While it still operates most of its acquisitions as stand-alone brands, Expedia has made it a priority in recent years to improve its capabilities around integration, particularly technologically.

They also want to purchase through a platform they trust, so the brand of the booking platform is extremely important. And behind all of this is an absolutely critical reliance on top-class technology.

Ultimately, if the technology and user experience does not match up to expectations – which continue to grow in the digital age – customers will very quickly look elsewhere.

>See also: Bots, brands and why we need to start trusting AI

So while Expedia has prioritised increasing the competencies and scalability of its own technology platforms, it has been very open to taking on lessons from the IT teams behind the brands it has acquired.

Orbitz, for instance, had developed an advanced technology platform for the routing of flights and how they’re presented to customers. Expedia was keen to utilise this across its other offerings.

‘Travel is really tough – it’s a very difficult problem to solve,’ says Expedia’s director of technology Elizabeth Eastaugh, who joined the company as a software engineer in 2007 and now heads teams of engineers working on core customer-facing applications in the UK, the US and Hungary.

‘At Expedia, because we are big nerds and we are in a big kid’s sandbox, when we do these acquisitions we actually look at where these guys do things better. We don’t just go in and lift and shift their platform onto our platform and say “thank you very much for your hard work”. We saw that Orbitz were doing it much better, so we’re integrating it into our platform.’

For the most part, however, technology remains siloed according to each individual brand.

Expedia has a service-oriented architecture, so all the brands do share some core underlying infrastructure and services, but each one is run differently with different customer needs.

In terms of the cloud, Expedia has found that a lot of the companies it has acquired are at a similar place to its own cloud journey.

Their core apps – older platform pieces – have remained outside the cloud, so it has been a bit easier for Expedia to do some of the migration because it can run them side by side. Soon, it plans to move everything to the cloud together.

In the past couple of years, Expedia has been building all new pieces of technology in public cloud platform Amazon Web Services (AWS). Its next step is deciding how to move its older tech stack to the cloud.

‘What we’re doing that I think is really cool at the moment is re-platforming and moving a lot of our systems into the cloud,’ says Eastaugh. ‘Our older tech stack isn’t crap and it isn’t decrepit – it’s very stable – so the conversation becomes: do you want to do a rewrite of that platform or find innovate ways to do a lift and shift?’

Amazon has a solid CI/CD pipeline and DevOps platform, but as part of its continued migration to AWS will have to think about how these will change going forward.

‘That’s the broader conversation just so we can make sure that we’re continuing the real-time analytics of our tech stack and systems.’

Expedia’s latest acquisition – HomeAway for $3.9 billion – was a significant one as it marked a clear move into one of the most disruptive forces facing the travel industry: the sharing economy.

Airbnb, which matches travellers with people looking to rent out rooms or whole homes, is already valued higher than any hotel chain, and is estimated to service 129 million guests this year.

While HomeAway is slightly different to Airbnb – its inventory is almost entirely second homes rather than primary residences – it’s clear that Expedia is eyeing a slice of this burgeoning market, or at least trying to protect itself as Airbnb continues to grow.

Expedia claims that the rise of Airbnb has enhanced, rather than threatened, the $1.4 billion travel industry by increasing demand from travellers that traditional online travel agents weren’t reaching.

Having little access to the most growing part of the travel market was a damaging prospect for Expedia, which now plans to ‘expand aggressively’ the HomeAway brand and move it from its current listing model to a fully online transactional model as quickly as possible.

However, Eastaugh is not entirely convinced about whether the concept of the sharing economy should be applied across other principles of the travel business, particular the checkout, which is the main application she’s charged with.

‘A lot of people will have a shared checkout user experience,’ she says. ‘You have one checkout page, and that page will need to understand the context it’s in – is it showing hotels, flights, cars, ground transport?

‘What we see is that the user experience of a checkout page differs greatly depending on price. We have a number of different checkout experiences to help guide our customers through depending on different price points and product points. So a sharing economy, although it sounds like it makes sense, actually doesn’t when you look at the data.’

A lot of this concerns behavioural economics, Eastaugh says. Expedia can do one-click checkout, like Amazon, but has found that its customers simply don’t want to go that fast when they are purchasing a high-priced package.

Eastaugh is far more excited about the role of artificial intelligence and machine learning in Expedia’s future.

Just a few days later, Mark Zuckerberg got the whole world talking about artificial intelligence when he announced Facebook’s bots for Messenger platform. Expedia was revealed as one of the bots, which will allow Facebook users to search, browse and book hotels inside Messenger.

>See also: How tech disrupters fuelled the sharing economy (and beyond) for generation bail-out

And that’s not the only area where Expedia is experimenting in this space. Much of Expedia’s big data strategy to date has revolved around the use of Spark and Hadoop, but artificial intelligence is joining the party to enhance the shopping and booking process.

‘We have a test-and-learn culture, and so one of the things that we try and do is carve out time and space to come up with bonkers ideas,’ says Eastaugh. ‘As part of our bonkers ideas initiative, we are looking at various different ways to incorporate artificial intelligence and bots.’

Expedia is looking at integration with the Amazon Echo – an always-on, artificially intelligent home appliance that can control third-party services – and its AI voice service Alexa, as well as the more widely used Siri from Apple.

‘We’ve got nothing live right now,’ says Eastaugh, ‘but we are really taking our first steps into that space and finding out what makes sense for our customers. What we don’t want to do is go and build a bunch of stuff just because I think it’s cool to develop but our customers are like, “What is this?”’

This is a statement that is relevant not just to Expedia’s approach to artificial intelligence, but to its whole business success in the next five to ten years.

Expedia has the resources to invest in innovation, but consistently keeping up with evolving user expectations is an extremely difficult task for a very large and scattered business operating in the world of internet companies.

The organisation is using – or at least trialling – most of the technologies that are impacting businesses and user experience today. Its real challenge is to ensure that it remains agile enough to innovate organically, rather than becoming reliant on acquisitions.