Skip to content
Home » Topics » IT management » An all-wireless office: the £1 million workplace?

An all-wireless office: the £1 million workplace? 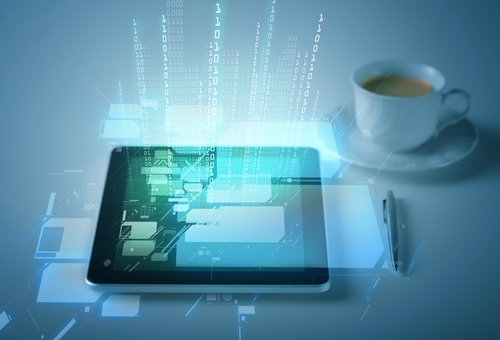 Smartphones, tablets and the so-called Internet of Things have created a sea-change in how people work, shop and play – so much so that the UK government has pledged to more than double the funds available to UK technology firms that utilise the internet for business.

Businesses must now accommodate a generation of workers that put mobile devices at the centre of everything they do, connecting online at every pause in the day for work and personal pursuits. It’s the generation Aruba Networks calls #GenMobile.

How to do this? Well for a start, #GenMobile do not want to be wired to a desk (80% indicate a preference for Wi-Fi) – there has to be provision for employees to work wherever and whenever they feel most productive.

This means IT departments must now consider their most favourite and cherished of all buzzwords: the wireless workplace.

Removing cables from the office is certainly clean and tidy, but many still doubt the real value that such an overhaul can bring. As long as we’re connected, does it matter where we are connected?

For the University of Bristol, the simple act of moving about the office has dramatic effects on concentration and mental sharpness. But an increase in productivity, motivation and competitive edge are fairly intangible benefits. Difficult to put into a budget plan.

Sometimes it comes down to money, too. And it’s here that the wireless office has come on leaps and bounds.

We know that a wireless office means a reduction in ports, but the consequence of this is a huge drop in power and cooling costs. Further from this, mobile devices can’t be connected until numerous calls to helpdesk have been carried out – not to mention IT support time.

Some large American firms went wireless recently – and the results show an immediate return on investment. Around $800,000 for a major university, $700k for an insurance firm, and $1 million saved by one of the country’s largest professional services firms.

Across the world, firms are making similar changes and seeing similar benefits. So how has the wireless option matured to allow this?

Legacy Wi-Fi is traditionally an extension of static, wired networks and offers little value in a #GenMobile world. It can’t keep up with this hyper-mobile population, creating a poor user experience and excessive helpdesk calls.

IT doesn’t have the budget or resources to manually reconfigure ports or upgrade fixed networks for every worker’s need. But a software-centric approach allows firms to exercise total control over the mobility experience by collecting and correlating real-time information about users, devices, apps and location.

Mobility-defined networks treat Wi-Fi like air and water. Wi-Fi is considered a utility that’s always on and always available. It doesn’t slow down when lots of people connect or when there are unpredictable spikes in traffic.

The air is stabilised by delivering Wi-Fi at gigabit speeds across a programmable infrastructure – with user data used to steer each worker to the closest access point with the best signal.

These networks also make the process of securing mobile devices simple, adaptive, and automated through self-service.

The air is secured by using standards-based authentication, encryption, and policy-enforcement firewalling capabilities, which provide identity-based controls that enforce application-layer security and prioritisation.

Logging into work apps, printing and projecting need to be mobile-device friendly. Wi-Fi can be personalised, streamlining the delivery of mobile services and apps without requiring users to provide extensive input on a small keyboard.

Additionally, they automatically match users to network print and projection resources based on their identity, sharing privileges and location.

Finally, mobility-defined networks use next-generation mobility firewalls that perform deep packet-inspection to identify traffic types. This optimises mobile app performance over Wi-Fi – even apps that are encrypted like Microsoft Lync or hidden as web traffic like Box and Google Hangouts.

Encompassing people of all ages and occupations, #GenMobile is defined by its preference for mobility, both in terms of the devices they use and how they use them.

These tech-savvy individuals are bent on maximising productivity by relying on their mobile devices for every aspect of work and personal communication. They demand to stay connected to everything all the time and dislike the constraints of the traditional workplace.

And they keep buying more mobile devices. Last year, over half of consumers bought a smartphone. With some 968 million sold worldwide, smartphone sales in 2013 outstripped the sales of basic phones for the first time, according to Gartner. As mobile device sales increase, so do the ranks of #GenMobile.

Mobility is affecting everything #GenMobile does and how they prefer to do it – including work. How enterprises respond to this will impact their ability to attract ultra-productive #GenMobile employees and their overall competitive position.

The survey also revealed some surprising work preferences about #GenMobile. 84% said that, given the choice, they wouldn’t use a desktop computer. And half would rather work from home two-to-three days per week than get a 10% salary raise.

53% would rather have their choice of device than daily paid lunch, while 38% would rather be able to bring their personal devices to work than have an office with a window. 49% want the option to work remotely.

#GenMobile knows there’s an app for everything and doesn’t care whether it’s voice, video or data, what’s in the cloud or what’s local. They’re not interested in IT standards and can’t wait for planned infrastructure rollouts.

They are productive and efficient. They prefer personalised technology and self-service to boost efficiency. And they demand the flexibility to work anywhere.

Employers who want to attract and retain #GenMobile workers must give serious consideration to their preferences.