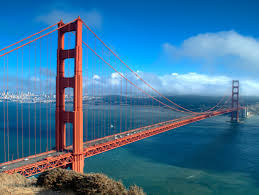 Amsterdam’s Economic Board, Barcelona City Council and San Francisco’s Department of the Environment have formed the first ever multi-city platform for sharing data via mobile devices.

The cities have signed agreements with tech start-up Cityzenith, which see allow them and their citizens share data on a mobile dashboard solution.

Much of the data cities generate is uncollected, unused or misunderstood due to the limits of existing systems.

Despite the hype around smart cities, the lack of a secure, scalable, and open platform has so far hindered efforts to realise that promise, Cityzenith said at the Smart City Expo in Barcelona.

Cityzenith’s 5D SMART City – developed by one of the principal creators of Google Earth – provides a platform to connect, collect and access a diverse cross-section of city data sources through a single point-of-view.

Amsterdam, Barcelona and San Francisco will also work with Cityzenith to develop ‘SMART Apps’ — 3D applications enabling cities, their corporate partners and citizens to analyse and create new uses for urban data through the use of their mobile devices.

Through the use of the apps, public officials will be able to streamline operations and borrow best practices from partners around the world, while citizens will get the opportunity to improve the public places they live, work and play in.

To accelerate the development of the apps and creation of unique solutions for urban challenges, Cityzenith said it would help establish ‘App Development Centres’ in each city to support both government agencies and the local developer community.

“We are excited to partner with three of the world’s smartest cities to offer a solution that has never before been offered, but which every city needs,” said Michael Jansen, Cityzenith’s Chairman and CEO.

“Cities around the world have been searching for a way to empower their communities to understand and interface with the rich data in their cities, and now they have one. We look forward to welcoming new partner cities from across the globe in the months to come.”