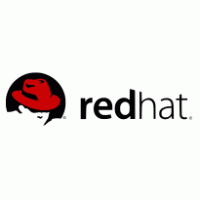 Two of the biggest names in the open source world came together as operating system distributor Red Hat announced it would pay $420 million in cash and shares for its counterpart in application server software, JBoss. The new company has the potential to be something of an open source leviathan, with Red Hat now able to provide JBoss’s Enterprise Middleware Suite alongside its branded Linux operating system, related tools and support.

Although both companies are distributors of ‘free’ software, customers pay for assurance that the code is well-supported and integrates relatively easily with other enterprise applications. Both Red Hat and JBoss draw a similar proportion of revenues – around 25% – from professional services. As such, says Michael Azoff from market watcher the Butler Group, the coming together represents “an excellent fit”.

A different kind of re-grouping is underway in the business applications market as longstanding players are brought under one roof. The latest to become part of a ‘consolidation play’ is UK financial management specialist Systems Union which is to become part of Extensity, formerly part of GEAC. Extensity was created when equity investment company Golden Gate Capital acquired GEAC last November, passing GEAC’s enterprise resource planning (ERP) activities to Infor, Golden Gate’s ERP holding company, and placing its financial and industry-specific applications (including its SmartStream product line and its legacy McCormack & Dodge packages) with a new company since renamed Extensity.

As Information Age was going to press, it was announced that Golden Gate’s infor was to acquire ERP group SSA global for $1.36 billion. SSA Global itself has grown rapidly through a series of acquisitions, made by its private equity backers. These included Baan, EXE, Infinium and Epiphany.

As a result of this latest deal, the new entity – which will see SSA Global subsumed by Infor – will be the third largest ERP vendor in the market after SAP and Oracle. Size will a key survival criteria in a rapidly consolidating market, says Jim Schaper, Infor’s chairman and CEO.

The deal has been approved by groups representing 84% of SSA Global’s shareholders, and is expected to close in late 2006, subject to the usual regulatory approval.