Analysts urge IT leaders to deal with dark data 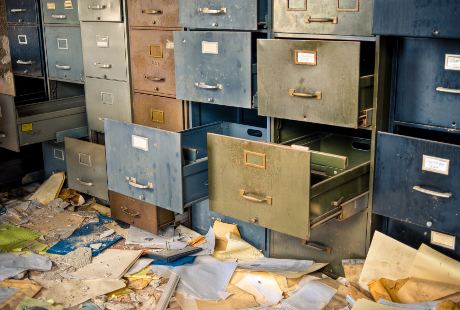 It is not enough for organisations to jump on the big data bandwagon. They must learn how to manage and cull data effectively in order to extract its true value – that is the message analysts from the Association for Information and Image Management (AIIM) and research firm the 451 Group tried to drive home today at the AIIM Roadshow in London.

The talks by leading analysts centred around dealing with what 451 Group research director Alan Pelz-Sharpe referred to as “dark data” – the large quantities of information that an organisation accumulates over years but that ends up being redundant or unusable, largely because there is too much of it, it is being produced too quickly, and it lacks structure.

“The exponential growth of data is not going to stop,” said AIIM president Jon Mancini.

“The challenge that organisations face lies not just in using analytical tools to extract value from this, but in using those tools to figure out what to get rid of over time. That challenge is that most organisations are failing miserably at. But they need to be brutal.”

Organisations often fall into the trap of believing that, with the costs of storage coming down, they should save everything, said Mancini. But often the costs of physical storage are only part of the equation, and the discovery risks of keeping such assets often outweigh the benefits.

“But those who are starting to deal with it are seeing huge benefits and there is a huge market opportunity for those who can step in here and help companies clear out duplicates.”

There is a long way to go before firms are able to manage the amount of data they produce, as technology is evolving faster than people can learn, and expectations of what big data can achieve often fall short of the hype. Mancini pointed out that many organisations have not yet started to tackle their own internal data, and are neglecting vital business assets such as content, which should serve as starting points in applying analysis methods.

Miles emphasised the need for organisations to re-energise their existing ECM systems, linking together legacy systems, removing silos and preconditioning their content to make it more searchable, analysable and linkable.

Before tackling big data, organisations need to focus on the basics, taking stock of their current systems and starting to manage the lifecyle of content from its inception.

“It might not be sexy, but it’s essential housekeeping that needs to be done before we can move forward,” added Pelz-Sharpe.