Skip to content
Home » Sectors » Consumer Electronics & Mobile » Apple vs. Android: the tortoise and the hare

Apple vs. Android: the tortoise and the hare 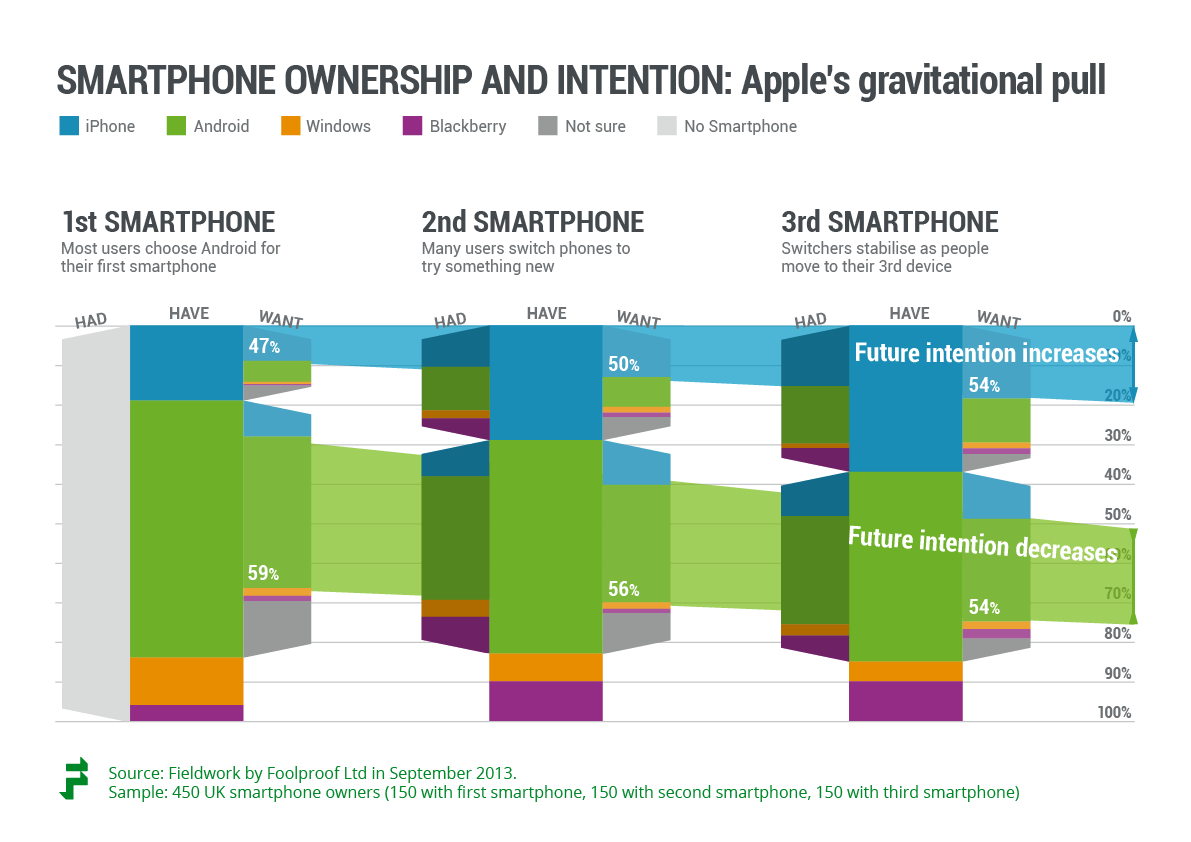 ?A new study from user experience design agency Foolproof has unveiled an emerging trend in smartphone ownership and intention: a movement in the market away from Android toward iOS and the iPhone with every new smartphone a user owns.

?Whilst many commentators suggest that Android is winning the battle for market share based on new handset sales in 2013, this research suggests that Android will, in time, lose out to Apple.

?The research shows that the more smartphones a person has had, the more likely they are to own an iPhone. As fewer late adopters enter the market, and more people move to their fourth or fifth phones, this is likely to become more pronounced.

?“Smartphone penetration is expected to reach 75% of the UK population by 2014 so it’s becoming less likely that demographics are a significant driver of this trend,” said Philip Morton, principal consultant at Foolproof. "That leaves the operating system and the overall user experience of the device and Apple’s very strong brand. Ultimately, what Apple does it does better than Android.

“If Android doesn’t make larger steps towards improving its user experience this trend is likely to continue and Android will continue to lose ground to Apple.”