Are ‘digital social ventures’ the future of CSR? 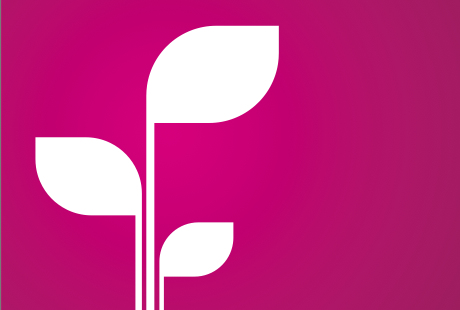 Makaton is a linguistic system that uses signs and symbols to help people with special needs to communicate. It was developed in the UK during the 1970s and is today used by more than 100,000 children and adults.

Back in 2008, Zoe Peden was a senior manager at The Makaton Charity, which develops Makaton teaching materials and provides training in the language system. But she also worked at a software development agency that she had co-founded, called Insane Logic.

In 2010, after leaving the charity, Peden spotted an opportunity to combine her passions. “All the Makaton materials were in print or on VHS video,” she says. “While I was working at the charity, we used to get calls from parents, speech and language therapists and teachers saying they’d love to have something more mobile.”

When Apple brought out its iPad, Peden saw the potential. “There had been smartphone apps using symbols for communication, but the size of a phone isn’t appropriate for people with special needs,” she explains. “When I saw the size of the iPad screen, I knew it was perfect.”

Peden flew to New York to buy an iPad before they were launched in the UK, and development of an application to help users learn Makaton began. The result, MyChoicePad, was launched in 2011.

MyChoicePad clearly serves a charitable purpose, but Peden’s experience of working at charities made her determined to run it as a commercial enterprise.

“Charities are very high risk – they are dependent on hand-outs, and there are fewer hand-outs going these days,” she explains. “I wanted to create a business that would allow me to sustain myself and eventually build up a team.”

That places Insane Logic in a small but keenly observed group of organisations that are applying the principles of technology start-up management in order to achieve social change.

These digital social enterprises, as they are sometimes called, are the focus of two major new funding initiatives. The first is a recent round of funding from the UK government’s Social Incubator Fund, which has allocated £3 million for two digital social enterprise projects. The second is a new scheme from The Big Issue (perhaps Britain’s best-known social enterprise) that seeks to identify and support digital ventures that help improve the lives of young people.

Not only are these schemes promoting a new approach to tackling social issues. By pulling in corporate sponsors, they may also be building the future of corporate social responsibility.

MyChoicePad’s launch in 2011 coincided with first murmurings of the start-up community in East London, now known as Tech City. “I was fascinated by the tech start-up scene that was starting to kick off,” Peden explains.

She decided to enter the app into two start-up competitions and, to her surprise, won both. “It was the product that won people over,” she says. “We had filmed some case study videos, showing how it helped children and young adults, and that really helped us stand out from a lot of the other pitches.”

I’ve got an MBA, but that doesn’t mean much frankly. It's much better to learn from real people"
Zoe Peden
Insane Logic

The culture of technology start-ups has influenced how Insane Logic has developed its application over time, Peden reports. “We follow the minimal viable product route and we do feature-driven development,” she says. “That means we go into schools with postcards and say, ‘These are the features we think should be there, tell us what you think.’”

Since winning the start-up competitions, MyChoicePad has received support from UnLtd, an organisation dedicated to supporting social enterprises, and Wayra, a tech start-up incubator scheme backed by telecommunications provider Telefónica.

Their support has been invaluable, says Peden. “I spent all my savings, and we nearly ran out of money twice.”

Innovative technology may win start-up competitions, Peden explains, but the education and healthcare providers that might use MyChoicePad professionally prefer to work with established companies.

The financial support from UnLtd and Wayra has allowed Peden not only to persevere, but also to add the kind of services that institutional buyers need.

“We found that you can’t build a business from an app,” she says. “You need to be able to build an infrastructure and service model around it. So we’ve now got a training franchise and offer an assessment service, plus we can provide the hardware with the app pre-loaded.”

The support goes beyond just financial investment, though. Insane Logic has also benefited considerably from mentoring from experienced entrwpreneurs and professional advisors, thanks to both Telefónica and UnLtd. “I’ve got an MBA, but that doesn’t mean much frankly – that’s just theory,” says Peden. “It is much better to learn from real people.”

Wayra and UnLtd had both got involved with Insane Logic independently. However, the connection brought the two organisations closer together, and is one of the reasons that they jointly bid for part of the government’s Social Incubator Fund last year.

For Wayra, which was set up by Telefónica in 2011 as a way to nurture and gain early access to developing digital technologies, the move into social enterprise was something of a departure.

According to Simon Devonshire, director of Wayra Europe, the organisation was encouraged to bid by the Cabinet Office. “We are experts in finding commercial ventures, nurturing them and valuing them,” explains Devonshire. “We’re not experts in identifying social ventures or evaluating their social impact, which is why we’ve partnered with UnLtd, which is a global authority on those things.”

Wayra and UnLtd’s bid was successful. A new organisation, called Wayra UnLtd, will receive £1.2 million of government funding, and a further £1.5 million from the two founding organisations, to set up a new incubator for “social entrepreneurs who use digital technologies”.

Telefónica’s interest in start-up incubator Wayra is obvious. What better way to keep up with the latest trends in digital technology than to fund and house digital start-ups yourself? But what it stands to gain from Wayra UnLtd, with its explicit social mission, is less straightforward.

Devonshire himself is best known as the founder of One Water, a bottled water company that uses its profits to fund clean water programmes in Africa. It has so far raised £8 million and brought clean water to 2 million people, he says.

We need private enterprise to play an active role in the resolution of social issues.”
Simon Devonshire
Wayra

He feels very strongly about corporate social responsibility (CSR) and subscribes to the theories of Harvard Business School professor Michael Porter. One of Porter’s more influential ideas is that of ‘shared value’, which asserts that a company’s performance is dependent on the health of the community around it.

“Porter’s view of CSR is that it is outdated and it doesn’t work,” he says. “His concept of shared value says that your social cause should be at the heart of your business, not bolted onto the side. Anything else is ‘checkbook philanthropy’.”

Meanwhile, the need for CSR is growing. “We can no longer rely on welfare mechanisms and charity necessarily to resolve all our issues,” Devonshire says. “We need private enterprise to play an active role in the resolution of social issues.”

Devonshire says that by applying its skills in start-up incubation to digital social ventures, Wayra – and by extension Telefónica – is showing that social responsibility is built into its core mission. “This is what we do; this is our bread-and- butter business,” he says.

A desire to rethink CSR also lies behind the ‘Tech for Good Challenge’, a new technology-focused social venture competition from the investment arm of The Big Issue.

The idea is that 20 digital social ventures will enter into the ‘Caterpillar’s Coccoon’, where they will receivementoring and support from the scheme’s corporate contributors.

A shortlist of ten will receive up to £50,000 in ‘scale-up’ funding and continued support from the scheme. The social ventures do not have to be profit seeking, but they must have a proven idea for using technology to improve young people’s lives.

“The challenge sprang from a project we’d done where we’d really engaged with our corporate supporters,” explains Nigel Kershaw OBE, co-founder of The Big Issue and now CEO of its investment arm. “They didn’t just make a financial contribution, they also got involved with their energy and experience – especially the younger staff members, who wanted to do something more exciting than paint a wall.”

The Big Issue Investment plans similar schemes for non-technology ventures in future, but technology was chosen for the first iteration for a number of reasons.

Firstly, the scheme’s backers include technology companies Nominet and Salesforce.com. But another reason is the potentially revolutionary impact of digital technology. “We are trying to find the next big thing, and technology underpins everything we do nowadays,” says Kershaw.

Another of the scheme’s backers is Bank of America Merrill Lynch. According to Andrea Sullivan, head of corporate responsibility for Europe and the emerging markets (ex-Asia), the technology focus of the scheme is particularly pertinent to young people. “Young people are the most well placed to take advantage of new technology and are savvy about how to use it,” she says.

Like Wayra, Sullivan says the challenge represents an opportunity for Bank of America Merrill Lynch to put its core competencies to good use. “We focus on helping to develop innovative solutions that build stronger economies,” she says. “The CSV project has the potential to transform some early-stage businesses in the UK, and we are using our financial capital and human resources to assist in this endeavour.”

That sentiment reveals the potential of schemes like the ‘Tech for Good Challenge’ to change the way that corporations contribute to society, Kershaw believes. “I think this is a really transformational way that we can develop CSR,” he says.

To date, it is mainly technology companies and investment firms that have got involved in digital social ventures as an alternative CSR strategy. And clearly, their experience has the immediate relevance for those organisations.

But, in theory, there is no reason why a business from any sector could not take a digital social enterprise under its wing. Certainly, an enterprise IT department could learn a lot by offering mentorship and support to such a venture.

Insane Logic’s Zoe Peden agrees that, in theory at least, the CSR budget of a corporation could well be used to invest in a digital social enterprise. “As long as you have the same objectives and they agree with your social mission, it could work,” she says. 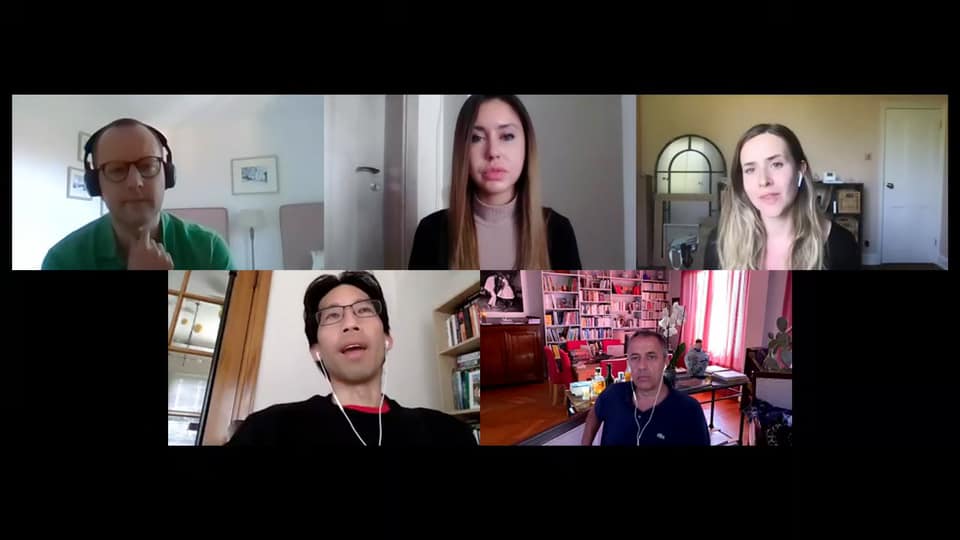