The artificial intelligence journey: From biology to business 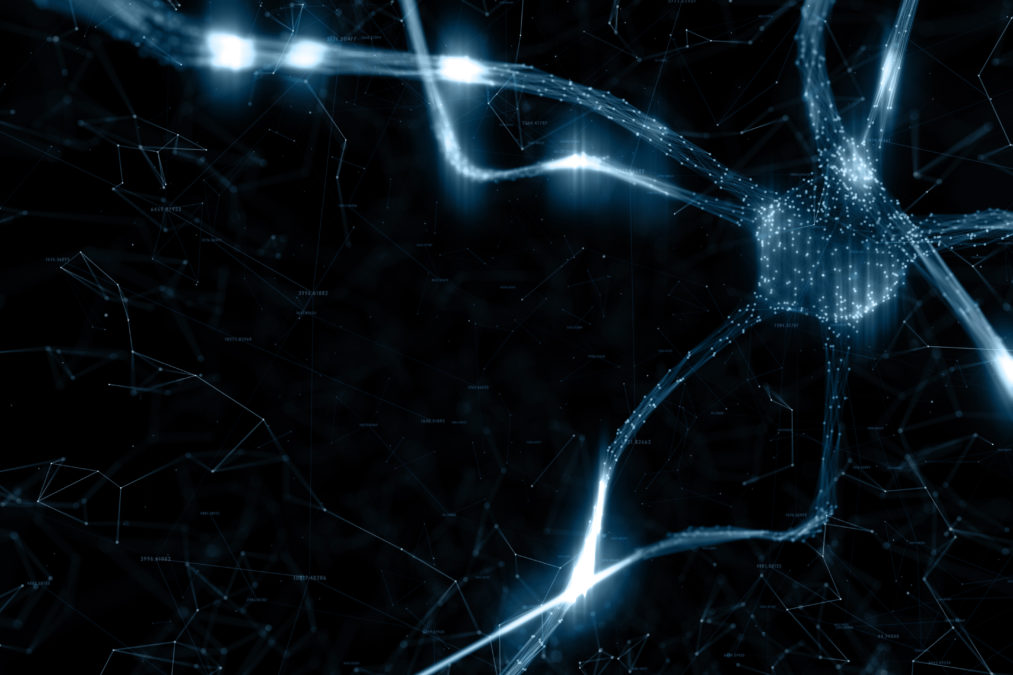 Biology has paved the way for AI. And, inspired scientists to replicate the complexity of the human brain in computer form.

“The concept of a neural network is the first step,” explains Steve Ritter, CTO, Mitek.

Human brains, like current AI systems (that includes neural networks, machine learning and deep learning), have the ability to learn through experience, learn how to adapt and deal with new situations.

“There’s a difference between rule-based, programmed systems, and learning-based systems,” says Ritter. “While the former still requires a human expert to really understand and be able to put all of these requirements into a set of rules, machine learning-based systems learn through experience, just like the human brain. Machine learning can pick up on more nuances than a human could even imagine.”

But, as advanced as AI systems are now, true, sentient, artificial intelligence is some way off.

Ritter believes that as we slowly understand more and more on how the brain works, we can assume that the same will happen with AI. And true artificial intelligence will become a reality — completely changing society as we know it, and perhaps, what it means to be human.

“The advances we’re making in tandem, on the computational side and on the side of understanding the brain, means that what was once mysterious can now be understood and assessed much more clearly. The whole reason we see such potential in AI is that we have derived it from our own biology – this is why I’m excited about its future,” says Ritter.

AI in business: The problem solver

Businesses are introducing AI and using it to solve challenges. Focusing on the problem-solving elements of AI, according to Ritter, is important in avoiding another ‘AI winter’.

“I can give you an example of what we’re what we’re doing at the moment in the identity verification field at Mitek”:

“We previously used human experts to inspect identity documents for signs of forgery or tampering – a pretty cognitive job. It was very difficult to automate, but now we have the tools to do it – at scale – we have started seeing the replacement of this job already. We can actually measure how accurate our authentication algorithms are compared to human experts. As we process millions of documents a month, we’re seeing very broad trends in those documents which all feed into improving the system. So we have introduced AI to enhance our core business offering, and it’s enabling us to push ahead of the crowd.”

The rise of artificial intelligence will have both positive and negative implications for security. Positive, in that AI can be weaved into security solutions and organisations can move from a reactive to a proactive security model.

The role of artificial intelligence in cyber security

The growing and evolving cyber security risk facing global businesses can be stemmed by the integration of AI into security systems. Read here

There are many security companies taking an AI-led approach to discovering issues and preventing them – “this presents a wealth of opportunity for vulnerability management and even endpoint security,” says Ritter.

The real issue, explores Ritter, might be that devices and technology are being released into the world with really poorly thought-out network communications stacks or security infrastructure around them. “That is a critical issue,” he says.

The fear that humans are having their jobs snatched away by AI is misplaced, according to Kalyan Kumar, Corporate Vice President and CTO at global IT services company HCL Technologies.The debate continues! Read here

Regarding jobs, the debate rages around whether AI will replace humans or enhance us. And, there are valid arguments on both sides.

“Automation does increase productivity, as it has done throughout history. That part hasn’t changed and isn’t new,” says Ritter. “What is new, however, is the nature of the jobs we’re able to displace. As AI becomes more capable, takes on more cognitive tasks, and replaces more skilled jobs, the rate of change will become the biggest challenge.”

“My concern isn’t that jobs will go away, it’s that the type of jobs needs to change and we – governments and society – need to do more to prepare our workforce for that change. At the end of the day I think AI will create a stronger economy and more interesting work, but if we aren’t ready for the change, we simply won’t be able to adapt.”

“I don’t think AI will particularly affect privacy – what privacy means in future will be different to today, but governments and policy need to change to reflect its growing definition. As for warfare, I do think there could be a trend towards machines having autonomy over decision-making, but there’s a big difference between machines taught to kill – like in a sci-fi movie – and the reality of AI-enabled warfare.”

The role of the CTO in the identity verification industry

The biggest challenge for CTOs in the AI and deep learning space, is finding large enough data sets — according to Steve Ritter, CTO, Mitek. Read here

AI in the future

“Businesses will continue to face new challenges, and advance their investment and research into AI in order to solve them [providing another AI winter is not on the way],” says Ritter. “That is the most exciting thing in the future of AI.”

“As for timescale, which is a question I’m always asked, there are so many differing opinions. There’s a perception that because we’re getting so good at narrowly-defined AI, and so quickly, that we will make the leap to general intelligence in the next decade. I personally don’t think that is realistic – but I do believe it is possible and we will achieve it.”