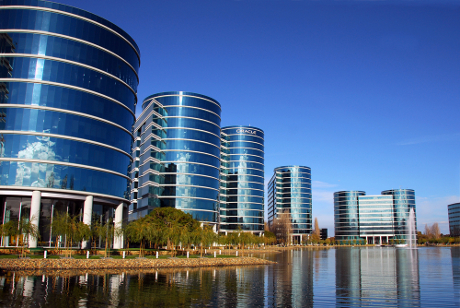 So far this year, Oracle has made not one but two acquisitions in the telecommunications equipment space.

And then, on Monday this week, it announced its intention to buy Tekelec, whose technology manages data traffic on mobile networks.

At first glance, they may seem like peculiar deals for a company not typically associated with telecommunications.

But, as well as a data centre networking business thanks to its Sun acquisition, Oracle has a sizeable business selling software to telecommunications carriers.

To date, that business is based mainly on applications such as CRM or billing platforms, but as network management functionality is increasingly delivered through software, Oracle has clearly spotted an opportunity to expand its share of wallet.

Tekelec's network signalling software helps telecommunications providers manage their mobile data services by applying rules that govern the exchange of data between 3G, IMS and LTE networks. It counts T-Mobile, AT&T, Verizon and Orange among its 300 plus customers.

Acme Packet, meanwhile, sells 'gateway' systems that manage the exchange of VoIP packets and other media between networks. The company claims to count '89 of the top 100 telecommunications" providers among its customers.

And while Acme Packet currently delivers its technology as an appliance, it is the software on those appliances that holds the value, according to Gartner research director Ashkay Sharma.

He predicts that Oracle will eventually split out Acme Packet's software and run it on its own hardware. "The gateway itself is becoming software-defined and will eventually run on hypervisors on Sun servers," he says.

One that network management functionality can be delivered as software, it can be integrated into Oracle's existing telecommunications industry applications. This should theoretically delivering deeper functionality – not to mention cross-selling opportunities.

Sharma says that within telecommunications carriers, the convergence of networks and software is mirrored by a convergence of IT and network technology management.

"At the carriers, the CIO tends to be more server, storage and software-oriented, while the CTO is more of a network engineer," he explains. "If the network becomes all software, then they become the same role."

But does Oracle have what it takes to become a network management provider to some of the most demanding network operators in the world? Sharma says that it stands a better chance than the likes of Acme Packet and Tekelec did individually.

Selling network infrastructure to large telecommunications carriers is difficult, he explains, as they have complex requirements. For one thing, they are subject to considerable regulatory obligations, such as prioritising emergency calls and allowing law enforcement agencies to intercept communications.

Currently, telcos are wrestling with IP voice calls over 4G mobile services – a technology known as voice over LTE (VoLTE). Verizon and Deutsche Telekom have both delayed VoLTE deployments after outages during trials.

"The carriers are now realising that VoLTE is not easy," Sharma says. "They need the big boys – the Ericssons and Alcatel-Lucents – to integrate everything, manage it holistically and provide the necessary professional services."

“They love to have a one-stop shop,” he says.

Despite being a relative new comer to the telecommunications infrastructure game, Oracle has more depth in services than either Acme Packet or Tekelec could provide. "Oracle could definitely do the professional services and put 100 engineers on site to make things work."

It seems, then, that Oracle has spotted a viable new market opportunity in the telecommunications space. And not a moment too soon – last week the company reported a 1% drop in sales.