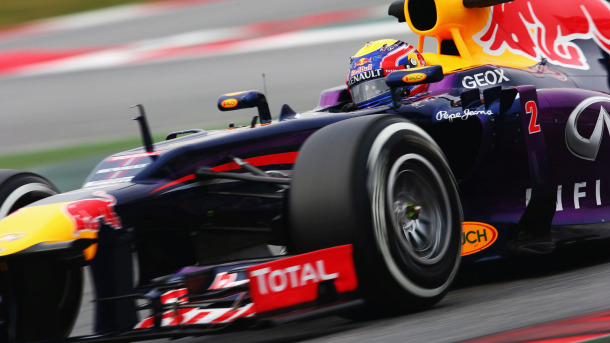 The Infiniti Red Bull Racing team will boast communications two-and-a-half times faster than its 2013 season as one of the biggest changes in Formula One's recent history nears closer.

The change impacts almost every aspect of the design of the cars, which has resulting in teams virtually starting from scratch with new prototypes that fit the new specifications.

UK-based Red Bull Racing’s communications will be provided by AT&T, which will allow close collaboration across the team’s 500-plus workforce and critical partners in four locations, it was annouced today.

Faster and higher bandwidth links between any one of 20-plus racetracks around the world and team HQs mean trackside engineers can quickly send information back to the factory to optimise and improve the performance of their cars. This is especially critical during the high-pressure race weekends.

According to AT&T, its support will touch almost every aspect of Red Bull Racing’s operations.

Increasing the bandwidth and resilience to the team’s ‘off-site’ wind tunnel will bring engineers immediate benefits. The wind tunnel is a vital tool for the team as they hone the design of the 2014 car to make sure it is as aerodynamic as possible.

Testing in the tunnel generates huge amounts of data, which needs to be analysed by engineers at the HQ. The new links will allow near real-time analysis of the information, and directly contribute to the process of improvement and refinement that the team undertakes.

With security a key concern in Formula One, AT&T said it will provide Red Bull Racing with a highly secure network, both at the team’s factory and at the temporary race venues around the world.

AT&T is also providing a managed IP-based telephony and Unified Communications service, which will make it easier for engineers to work together, as well as free up IT administrative resources and reduce costs.

“We are constantly upgrading the car,” said Matt Cadieux, CIO at Infiniti Red Bull Racing. “During a typical season we carry out thousands of upgrades.

“Next season we expect this number to significantly increase – that’s why we chose to broaden our relationship with AT&T.  They have a proven track record to deliver the tools that we need to work securely and quickly around the globe.”