AWS investing in the Middle East with expansive plans 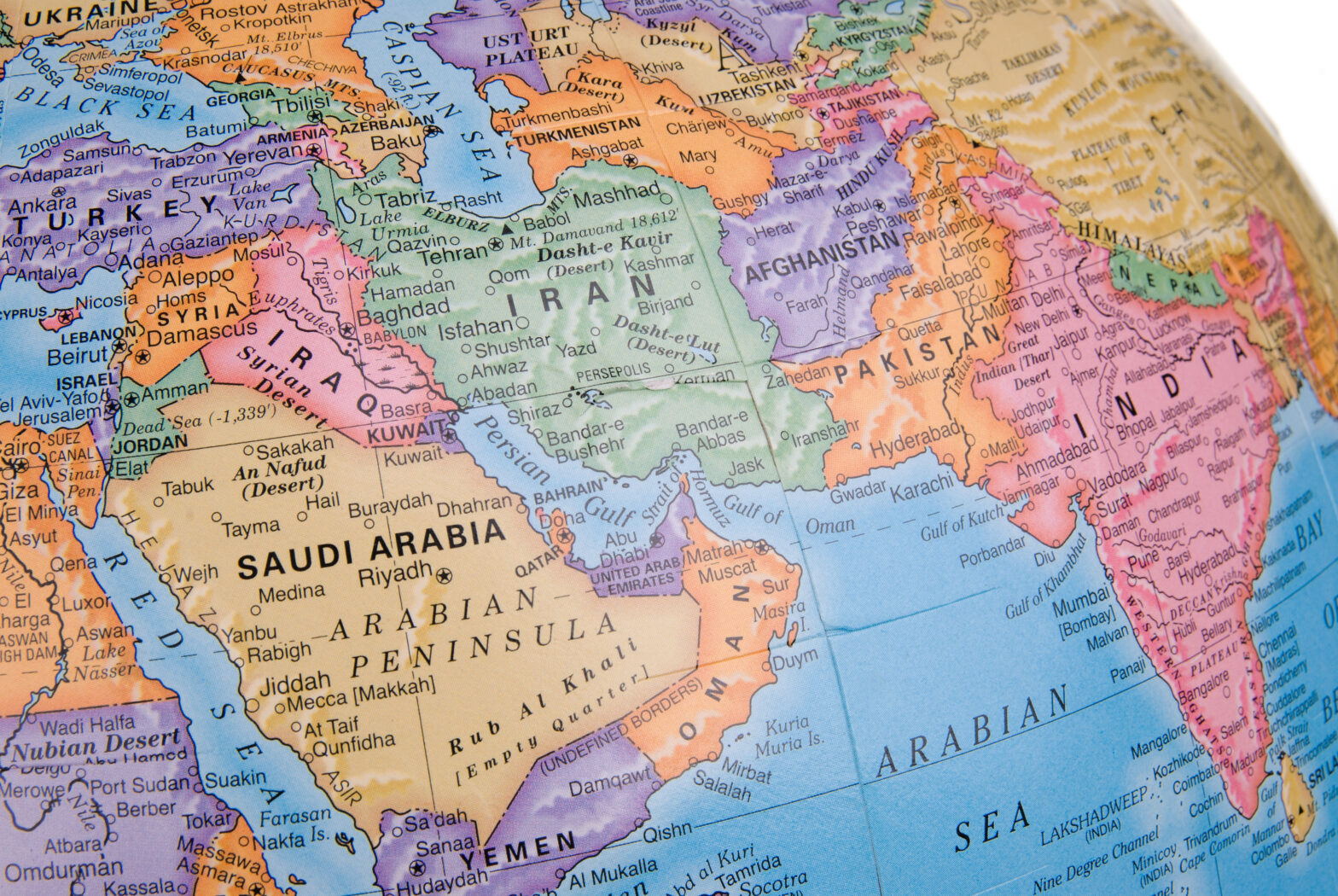 Amazon Web Services (AWS) has today announced that it plans to open an infrastructure region in the Middle East by early 2019. The new AWS Middle East (Bahrain) Region will consist of three Availability Zones at launch.

Currently, AWS provides 44 Availability Zones across 16 infrastructure regions worldwide, with another 14 Availability Zones, across five AWS Regions in China, France, Hong Kong, Sweden, and a second GovCloud Region in the U.S. expected to come online by the end of 2018.

AWS has also announced it will launch an AWS Edge Network Location in the United Arab Emirates (UAE) in the first quarter of 2018. This will bring Amazon CloudFront, Amazon Route 53, AWS Shield, and AWS WAF to the region and adds to the 78 points of presence AWS has around the world.

“As countries in the Middle East look to transform their economies for generations to come, technology will play a major role, and the cloud will be in the middle of that transformation,” said Andy Jassy, CEO, Amazon Web Services, Inc.

“Some of the most gratifying parts of operating AWS over the last 11 years have been helping thousands of new companies get started, empowering large enterprises to reinvent their customer experiences, and allowing governments and academic institutions to innovate for citizens again. We look forward to making this happen across the Middle East.”

This announcement has been welcomed by political leaders in Gulf Cooperation Council (GCC) states. Countries across the Middle East are looking to innovate, grow their economies, and pursue their vision plans, such as Saudi Vision 2030, UAE Vision 2021, and Bahrain Vision 2030, and cloud technology will be key in helping them achieve this. His Royal Highness Prince Salman bin Hamad Al Khalifa, Crown Prince of Bahrain, First Deputy Prime Minister, and Chairman of the Bahrain Economic Development Board, commented,

“Today’s announcement is a significant moment for Bahrain and the region. For the Kingdom, the expansion of regional cloud capacity builds upon a business environment that is already driving innovation and entrepreneurship, using technology to accelerate economic diversification in Bahrain. Through improved efficiencies, access to new career opportunities, and helping to enhance the delivery of government services, this marks further realization of the principles of sustainability, fairness, and competitiveness that form the core of Bahrain’s 2030 Vision.”

H.E. Khalid Al Rumaihi, Chief Executive of the Bahrain Economic Development Board, said of the news, that “AWS’s commitment to expanding its presence into the Middle East and North Africa (MENA) region, from Bahrain, is a major enabler for technology and data-driven business across the GCC. This will benefit global corporates, SMEs, entrepreneurs, and governments alike. The ability to store and share data at speeds the Gulf has never experienced before has the potential to help companies gain competitive advantage, allowing them to compete more effectively at a global level. Amazon Web Services is delivering the Middle East a world class service. With such a young, technologically adept, and growing population, the Gulf is well positioned to drive innovation in mobile applications and digital services. I am very eager to see how our region’s entrepreneurs will make use of this exciting opportunity.”

AWS investing in the Middle East

AWS is growing its presence in the Middle East bringing offices, staff, education, training, startup support, and other investments to the region. In January 2017, AWS opened offices to serve its rapidly growing customer base with a presence in Dubai, UAE and Manama, Bahrain. These offices have been established with teams of account managers, solutions architects, partner managers, professional services consultants, support staff, and various other functions for customers to engage with AWS.

Another investment AWS is making for its customers in the Middle East, and around the world, is to run its business in the most environmentally friendly way. An important criteria in launching the AWS Middle East (Bahrain) Region is the opportunity to power it with renewable energy. AWS chose Bahrain in part due to the country’s focus on executing renewable energy goals and its proposal to construct a new solar power facility to meet AWS’s power needs. The Bahrain Electricity and Water Authority expects to bring the 100 MW solar farm online in 2019, making it the country’s first utility-scale renewable energy project. For more information on AWS’s commitment to sustainability.

The global tech giant is aiming to help the advancement of technology education across the Middle East, making AWS Training and Certification programs available to customers.

Furthermore in the education sector, AWS is supporting the development of technology and cloud computing skills at local universities through the AWS Educate program, providing students and educators with the resources needed to accelerate cloud-related learning.

To support the growth of new business, AWS works with incubators and accelerators in the Middle East to provide resources to startups through the AWS Activate program. In Saudi Arabia, it works with the Badir Program for Technology Incubators and Accelerators at King Abdulaziz City for Science and Technology (KACST) to provide startups with access to technology resources as well as expert advice, education, and training to help promote Saudi youth entrepreneurship and grow new businesses in the Kingdom.

To help new businesses across the Middle East go global, AWS also works with a number of local and international accelerators and incubators active in the region such as AstroLabs in the UAE, Cloud 10 Scalerator in Bahrain, as well as 500 Startups, Startupbootcamp, and Techstars, providing training, AWS credits, in-person technical support, and other benefits.

Middle Eastern organisations and the move to AWS

Organisations across the Middle East – in UAE, Saudi Arabia, Kuwait, Jordan, Egypt, Bahrain, and other countries – are increasingly moving their mission-critical applications to AWS.

Startups in the region choosing AWS as the foundation for their business include Alpha Apps, Anghami, Blu Loyalty, Cequens, DevFactory, Dubizzle, Fetchr, Genie9, Mawdoo3.com, Namshi, OneGCC, Opensooq.com, Payfort, Tajawal, and Ubuy, as well as Middle Eastern Unicorn Careem, the leading ride-hailing service in the MENA region. Careem runs all of its operations on AWS and over the past five years has grown 10 times its current size each year.

“It is great news that AWS is opening a Region in the Middle East,” said Magnus Olsson, chief experience officer and co-founder of Careem. “We have been all-in on AWS since we launched in 2012 and using the scalability of the cloud has helped us to cope with rapid growth. After starting in Dubai, we now serve over 12 million commuters in 80 cities across the Middle East and North Africa, including Turkey and Pakistan – this would not have been possible without AWS. The new AWS infrastructure Region in the Middle East gives us the opportunity to experiment with new Internet of Things (IoT) technologies that, in the future, will give us the ability to run a fleet of self-driving Careem cars comfortably and safely taking passengers to their destinations.”

>See also: Why critical data can’t be hosted with just one provider: the AWS

One successful business that used AWS to grow is e-commerce provider SOUQ.com: “AWS has been key to our success throughout our journey of exponential growth in the MENA region,” said Ronaldo Mouchawar, CEO and co-founder of SOUQ.com.

“Businesses in the region need robust technologies to both scale rapidly and provide world class service to their customers. With innovation being the main focus on the region’s national agenda, the advent of the world’s largest provider of cloud computing in the region is great news for everyone. This will help support the growing demand for cloud technologies as well as accelerate business expansions and success, regionally and around the world.”

“AWS has been critical in our digital transformation initiatives,” said Joe Igoe, MBC’s Group Director of Technical Operations. “Knowing we will have AWS infrastructure close to our viewers is invaluable for us. AWS has helped us speed up innovation and rapidly expand into a wider range of scalable and reliable digital services, such as our Video on Demand platform, Shahid.net. During the holy month of Ramadan, TV viewership spikes dramatically. This year, we successfully scaled our online platform to support a massive increase in traffic and delivered hundreds of thousands of concurrent video streams and dozens of petabytes of content to our viewers.”

Government organisations are also working with AWS to lower costs and better serve citizens in the region, including the Bahrain Institute of Public Administration which has moved their Learning Management System to AWS, reducing costs by over 90%.

Another government organisation using the service is the Kingdom of Bahrain Information & eGovernment Authority (iGA). The iGA is in charge of moving all government services online and is responsible for ICT governance and procurement for the Bahrain government. Earlier this year the iGA launched a cloud first policy, requiring all new government ICT procurement to evaluate cloud-based services first.

Mohamed Al Qaed, Chief Executive of Kingdom of Bahrain iGA, said of the announcement, “AWS forms the backbone of our digital government initiatives so the news that an AWS Region is coming to our country is warmly welcomed by us. Through adopting a cloud first policy, we have helped to reduce the government procurement process for new technology from months to less than two weeks. We are in the process of migrating 700 servers with more than 50 TB of data to AWS with the goal of decommissioning our hosting platform by the end of 2017. We have also started to migrate systems of national significance, such as our Bahrain Data Locator, and supporting other entity system migrations, like the Ministry of Education LMS that has 149,000 users, with more planned on the way. As we move more mission critical workloads to AWS, we look forward to even greater efficiencies and being able to complete our mission to become eGovernment & ICT Pioneers.”