How to balance AI innovation against customer concerns 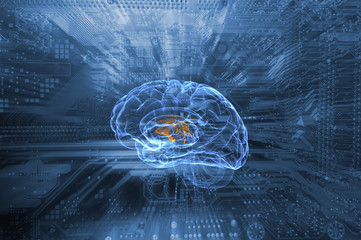 Visions of the future workplace and home are littered with human to machine conversations. For some this is a cause for concern; for others a future free of mundane tasks with machines making decisions on our behalf. Yet these notions of an artificially intelligent world tend to neglect one thing: how do we as humans feel about this change? Businesses are eager to take advantage of the potential benefits of AI but consumers may take more persuading and insight into the process before they welcome it into their home.

The move to AI

Companies big and small, at home and abroad, are starting to realise the power of AI and machine learning as disruptive technologies that can help them to unlock business success through innovation. It’s a topic that has of course had no shortage of headlines, with new reports published every month. The focus of many of these has been the potential impact on jobs.

But what will this actually look like for businesses? Whilst those working in tech have enjoyed speculating as to which jobs will go and which will be created by AI and machine learning, what the change means to consumers is less tangible.

Many consumers have become familiar with AI in the last 18 months thanks largely to the marketing efforts of Apple and Amazon, through virtual assistants like Siri or Alexa. But fewer consumers are aware that they have been using AI for years, via chatbots at their favourite retailer or their bank. For consumers, AI is less about the algorithms and more about the outputs.  In fact, a new survey by Toluna has found that the majority of respondents (64.5%) said that they were only slightly aware of Artificial Intelligence.

As AI becomes more widespread, organisations will be compelled to take up AI technologies, whether to save money, time, or merely to keep up with competitors. This means that consumers’ decisions in their interaction with companies will increasingly be influenced by machines rather than man.

Almost 64% of respondents said they were aware that companies were already using AI. But how much and how far should this changing dynamic be communicated?

Whilst transparency is certainly something that is being discussed in relation to AI, it is often considered purely in technical terms. Those who understand the mechanics of AI and machine learning are anxious that there should be a degree of openness in the exact processes through which data becomes insight.

This is important; but this is somewhat short-sighted and inward looking. Threats to cyber security are generally well known and therefore when data leaks occur, the attack itself is not a surprise. Concerns have been raised that the extent of security breaches has not been properly communicated until years after the act. As a result General Data Protection Regulations (GDPR) will soon be rolled out to force companies to reveal when data has been compromised.

Companies which are using, or intend to use AI, should not wait until they are compelled to reveal the extent of their usage. A recent study suggested that governments should consider imposing quotas for human workers – challenges to AI await and businesses would be wise to consider long term strategies.

Toluna’s survey found that most respondents were aware that companies are currently using AI (64%) and a similar percentage (62.5%) said that they have used some form of AI already. This suggests that AI is seeping into the public consciousness and that therefore businesses must think about how they communicate their usage to consumers.

Interestingly, only a third of those surveyed said that they like the increased use of AI, which suggests that whilst its prevalence increases many remain uncertain about what this means. Instead businesses have the opportunity to get on the front foot and explain the potential of AI. In fact a clear majority (62%) of respondents said that they believed consumers should be told by businesses about their use of AI.

If a brand is using minimal machine learning in an attempt to streamline their organisation then they have little impetus to talk about this in public. Conversely those who are using new technologies in exciting and innovative ways could take up the AI mantle and become genuine thought leaders in the area.

>See also: The role of AI in cyber security

As AI technology progresses and its impact is felt more acutely by the wider public, it is likely that it will inevitably come under greater scrutiny. The momentum of change is that technology is becoming more embedded into people’s lives and – so long as this technology is a help rather than a hindrance – people are likely to stay in favour of technological advancements.

However, AI is on the back foot. The current narrative is that artificial intelligence is a threat to jobs, indeed to whole industries. Cyber security concerns add another element of uncertainty onto the idea of collecting vast amounts of data. Only 20% of respondents said they were not at all concerned that AI might lead to negative impacts on society. Yet 78% said that they believed the business landscape would change as a result of AI. This means that the potential benefits are not being communicated with the same vigour as the potential problems.

Yet now is an opportunity for organisations to present the positive. Artificial intelligence has the potential to improve how individuals and companies work and those who are implementing such technologies are in a position to talk about this and show that they are at the cutting edge.