Skip to content
Home » The balancing act: from chief information office to chief everything officer

The balancing act: from chief information office to chief everything officer 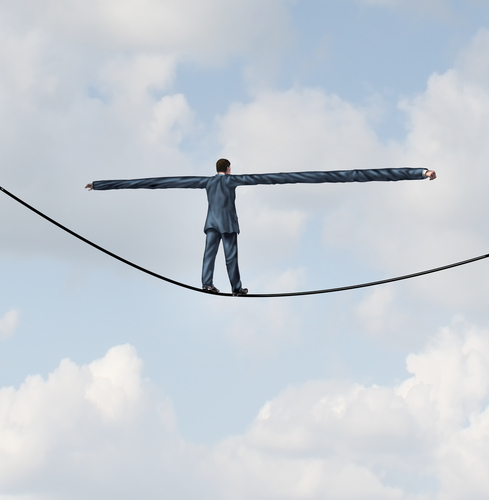 There has been much discussion around the changing role of the CIO recently. Whether it’s discussion of the creation of a chief digital officer, or the muscling in of other C-Suite executives on the domain of the CIO, it is definitely a topic up for exploration. But what has created this change and what is really happening to the CIO’s job description?

According to Nicholas Carr, the PC era democratised computing thereby freeing the computer from the data centre and IT department, turning it into a universal business tool. This democratisation process has turned computing into a commodity. In the late twentieth century it seemed that there were no opportunities left for game-changing IT innovation, but this has now changed.

Social media, mobile, analytics and cloud technologies are not only changing IT, they are changing business itself. This wave of innovation will make all IT infrastructure a commodity. Infrastructure will go the way of the desktop computer, offering no competitive advantage and available off the shelf.

When IT permeates almost every aspect of modern business and competitive pressures increase, the money-in, services-out approach isn’t good enough. What matters is delivering value to the business. For the CIO, their role within an organisation is changing because the technology is changing.

To ensure the maximum return on investment, more CIOs will find themselves leading in areas outside of traditional IT. This is reflected in the changing status of the job. According to Gartner, the majority of CIOs (67%) have significant leadership responsibilities outside IT. It is also reflected in the changing priorities of the CIO – they are focusing on business objectives more than ever.

We see these new responsibilities and opportunities falling into a number of distinct remits, with individual CIOs combining them to create their own unique portfolio of responsibilities.

The chief digital officer is already a recognised role in many businesses. One in five CIOs already acts in this capacity, according to Gartner, leading digital commerce and channels and being responsible for evolving the business to embrace digital transformation, while 5-6% of companies actually have someone with this title.

The risk is “two-speed IT” with the CIO responsible for “the plumbing” while the CDO charges ahead with all the cool new stuff and the big budgets. Where the split works, its works well, but where it doesn’t it can be a recipe for conflict.

Better for the CIO to embrace this role and stay relevant by delivering digital initiatives from the IT department. To do this they need to learn to stop being an obstacle to be sidestepped and start presenting themselves as a partner who can make things happen.

The new wave of technology commoditises things that were previously thought of as core competencies. For example, databases can be hosted in the cloud and line-of-business applications are available as a service. Even services such as application development can be outsourced and handled offshore to save money.

A key role for the CIO is deciding what can be outsourced and what must be kept in-house. In some cases, it may even be a case of outsource or be outsourced. IT organisations need to focus on activities that add value or differentiate.

CIOs must also orchestrate a mosaic of suppliers and ensure consistent levels of reliability, security, and performance. The portfolio of suppliers may or may not include in-house teams and IT assets such as data centres. Increasingly, CIOs will treat their internal IT resources as a profit centre and just one of a portfolio of potential suppliers.

Businesses don’t “move to the cloud”, their data does. CIOs will need to become adept at evaluating, adopting and orchestrating a collection of cloud applications, services, and providers, whether they are in a private, public or hybrid cloud. They’re also going to need a way to ensure that data in the cloud is secure and well managed, mobbing from multiple management tools to a single integrated system that can manage their entire environment.

Historically, solving technology issues meant build it or buy it for the IT team. Now, brokering cloud services provides a third option. The focus changes from technology to service relationships, what technology is not important, it is who the business is relying on to deliver that technology.

As a civilisation, we’re collecting and consuming more and more data. IDC estimates a 44-times increase in data between 2009 and 2020. Similarly, companies collect ever more data. But collecting data isn’t the same as using it effectively.

CIOs can position themselves as the collators, providers, and analysts of this information. The IT department can become an organisation’s intelligence agency, providing insights, analysis, and warnings that help the rest of the organisation make smarter decisions.

The vast majority of executives would welcome this. They feel that they could make better decisions if they had tools to turn existing data into usable insights, according to an Economist survey.

Perhaps the biggest opportunity is for CIOs to become chief innovation officers, leading the way to new business opportunities and new ways of doing business. In other words, they can transform themselves into business engineers rather than IT engineers.

It’s a long way from the white-coated priesthood of the mainframe era, but it is a transformation anchored in technology. CIOs report a high degree of interest in and knowledge of emerging technology. Learning to harness the power of disruptive technology is the answer to the innovator’s dilemma, which threatens successful incumbent businesses. CIOs can incubate new ideas and pilot new technology in a way that other business units cannot, and CIOs embrace this new role. Today, half (49%) of CIOs say they are “well positioned to promote ‘game-changing’ innovations.”

In order to embrace these new roles, CIOs should start with an imaginary clean sheet, asking themselves, “If I started today from scratch, what would IT do and not do?” They should identify workloads that can move to the cloud or efficient shared infrastructures, and address the operational and legislative requirements – but not let them become excuses for inaction.

The next step should be to identify sources of value. They should audit the IT function and the rest of the business: how can new technology add value? Then focus on delivering high levels of automation and self-service, as well as opportunities to refactor or digitise inefficient processes. Finally, they should invest wisely in pilot programmes, emerging technology and new capabilities.

The opportunity for CIOs to add value and competitive differentiation to the business increases exponentially as investment shifts from low-value, commodity IT to high-value technology.

According to Gartner, 63% of IT budget is spent running current IT infrastructure and only 16% is spent on new opportunities. Imagine what would happen if these numbers were reversed.

What could the CIO do for the business if the role expanded? Perhaps it’s time for the chief everything officer.