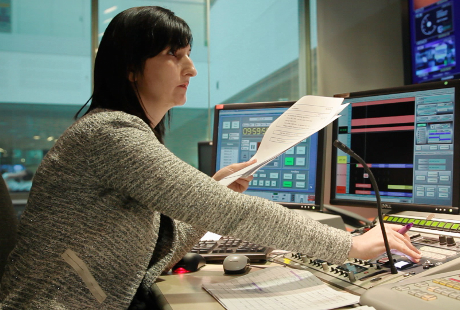 The BBC has announced the launch of a new technology apprenticeship scheme, which it hopes will help to address a "critical technology skills shortage in the broadcast sector".

Part funded by the government, the scheme will provide work placements, academic study and training to 20 apprentices per year.

Apprentices will have the opportunity to experience the full range of the BBC's broadcast operations. "They could be setting up a studio one day, working on an outside broadcast another, and the idea really is to give them a flavour of all the areas of the organisation," said CTO John Linwood in a video released yesterday.

The BBC is working with the University of Salford and Birmingham City University to develop "best-in-class" courses and has developed a technology skills agenda for the broadcast industry. The two-year graduate trainee scheme will lead to an MSc qualification.

The national broadcaster hopes to produce "100 highly skilled, experienced and employable graduate level apprentices" over the next eight years.

The scheme is part of an industry collaboration with Channel 4, ITV, digital broadcast specialist Red Bee and broadcast infrastructure operator Arqiva to establish a skills agenda for the UK broadcast industry.

"Red Bee media [is] at the forefront of technological innovation," said Lee Cowie, head of technology operations at the company. "That requires us to have a good source of new people coming into the industry.

"Because the industry is changing so rapidly, there's always new technologies to integrate, to understand and to deliver. And in order for that to happen we do need the best and the brightest."

"The BBC has been at the forefront of broadcasting engineering excellence over many decades," said Linwood in a statement. "This important industry initiative is a major contribution towards helping train and develop the next generation of engineering talent, and help the UK broadcasting industry maintain its world leading position for the future."

The BBC outsources its IT services to Atos, following its acquisition of Siemens' IT services division in 2010. However, skills such as software development and IP network management as digital channels grow in significance and the broadcast systems themselves converge with conventional IT platforms.