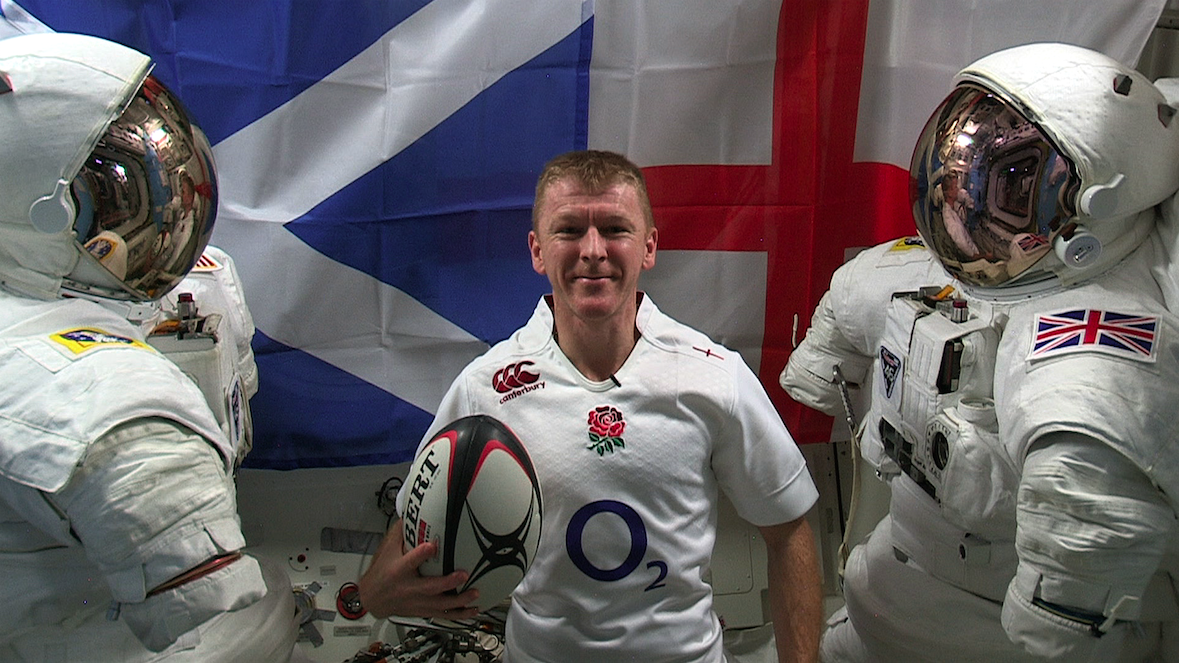 Tomorrow will mark the first time the BBC has broadcast in space as it live-streams England’s Calcutta Cup match with Scotland to British astronaut Tim Peake.

Major Peake will watch the game 400km above the earth as the BBC and European Space Agency feed the game to him live in the International Space Station (ISS).

The astronaut, who became the seventh UK-born person in space when he was launched to the ISS on 15 December, sent a photo and message to earth upon hearing he’ll get to watch the Six Nations match.

Eddie Jones faces a big challenge in his first game as England coach to retain the Cup, but he can count on the support of Major Peake, who will Tweet his views on the match.

“I know that space is a hostile environment,” the astronaut said, “but Murrayfield, for the old Calcutta Cup – that’s a whole different matter.

“And Scotland has a fire in their belly; you could hear their World Cup rage from up here in space… May the best team win! Come on England!”

According to the BBC’s head of TV sport Philip Bernie, the decision to broadcast in space was made after discovering Peake is a “massive rugby fan”.

“We’ve always tried to push the boundaries of broadcasting at the BBC, and streaming to space is an exciting first for us,” he said.

Six Nations Rugby CEO John Feehan added: “The RBS Six Nations is watched by millions of people across the globe and this latest development is certainly a new and exciting one.