BI takes on a critical role 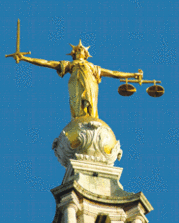 The expectations for business intelligence (BI) technology have never been higher.

As businesses wrestle with the economic downturn, they are viewing analysis, reporting and business performance management applications and tools as crucial mechanisms to reduce their costs, radically improve productivity, manage risk and volatility and ensure regulatory compliance.

“The economic crisis will have a huge impact on the BI market,” says Richard Neale, product marketing director at one of the sector’s leaders, SAP’s Business Objects unit. “Managers need even more visibility into what is going on in their organisation and industries and that is where BI comes into its own.”

As such, BI is likely to be one of the few industries – along with the storage sector – that will remain relatively unscathed in the economic slowdown. That shows itself in analysts’ predictions for spending on BI in coming years. According to Gartner, demand for BI software rose 11.2% to $5.8 billion in 2008, with sales tipped to grow steadily to reach $7.7 billion in 2012.

But recent reader research into BI buying patterns by Information Age and Business Objects shows that the priority areas for investment in BI technologies will change in the near term as businesses react to economic pressure.

Above all, BI implementations being prioritised by respondents tend to be those that provide practical, observable business benefits – and ones that strengthen the business’s defences. Planning and budgeting stood out as the number one priority for BI investment for the next 12 months. Perhaps surprisingly though, investment in the application of BI for profitability was given a lower priority and trailed investment in data quality, information management and dashboards.

Another facet of the evolving picture of BI is its ever-wider application. Technologies that used to be the protected domain of specialist analysts are now available to a much wider band of employees. Hand in hand with that growing universality has been a need to couple sophisticated capabilities with greater usability.

However, the adoption of BI is by no means universal, with many companies still working towards the establishment of a uniform BI environment.

Among the respondents to Information Age’s Effective IT Survey, 32.4% said their organisations have already deployed a corporate-wide BI platform (up from 22.3% in the year-earlier research).

What is clear though is that the sentiment that this is the right strategic direction. While only 10% of those questioned last year said they would adopt a company-wide BI platform during 2008, this year 27% said they plan to embrace that strategy.

It is fair to assume that accounts of success are encouraging such commitment. The Effective IT results show that 63.8% of those that had adopted a corporate-wide platform had found the strategy “effective” or “very effective” – about the same high proportion as last year.

“One of the key trends in the BI sector is the increased focus on standardisation, the settling on a broad suite of BI tools,” says Neale. And one of the driving forces behind that is a desire to provide users with a consistent, reliable, corporate-wide view of data – the so-called ‘single view of the truth’.

And the adoption of a master data management (MDM) strategy is regarded as a critical step in achieving that.

As a set of processes and tools for consistently defining and managing key data entities, such as customer, product and location, and propagating them through the organisation, MDM has grown steadily in popularity, even though the level of commitment required has favoured adoption among larger enterprises.

That take-up is being driven by highly positive feedback from MDM implementers. According to the Effective IT survey, among organisations that have adopted MDM, 62.3% rate the approach as either effective or very effective – about the same level of satisfaction as in last year’s survey.

And that evidence of business benefits has helped turned the MDM software sector into one of the fastest growing in the industry.

According to Gartner, revenues from MDM products rose 24% during 2008 to hit $1.3 billion. The analyst firm predicts demand for MDM software will increase steadily at a compound growth rate of 21% through to 2012 when the market segment will total $2.8 billion.

Take-up of MDM relates to the ever-present concern about data quality at most organisations. A third of respondents to Information Age’s BI-specific survey highlighted poor data quality as a major obstacle to the successful use of BI in their organisation, while 41% said they would be focusing on improved data management practices to increase quality over the next one to three years.

Trust in the data is one thing, but empowering the user to manipulate that data themselves has become a major priority too.

Generally, successful projects show diminished ownership by IT in day-to-day procedures such as report generation. Half of those who were using BI across their entire organisation said they had achieved one of the Holy Grails of BI: self-service access to information resources, independent of the IT department.

And 43% of respondents indicated that this will be a key focus for improvement over the next three years, with 39% of respondents earmarking visualisation tools such as dashboards and portals as an area where they want to enhance capabilities.
Boosting business health

Survey respondents believe BI projects display the most potential in the areas of marketing analytics (campaign, product, customer and competitor analysis), profitability analysis (identifying the most profitable customers and product lines), and risk/compliance – the latter two driven in part, no doubt, by the economic climate.

Indeed, over half (56%) agreed that business analytics and information insight would improve their ability to respond to the current financial crisis. Only 6% (or 22 in the sample) did not have faith that BI can help.

Focus areas for those efforts are clearly defined. Over 40% said that, in light of the financial turmoil, BI tools in the area of planning and budgeting would be given the highest priority over the next 12 months. Risk and compliance was another driver, with 37% of respondents highlighting it as a key area of BI investment.

There was particularly strong interest in improving the monitoring and tracking of key risk indicators, with two-thirds of respondents highlighting this as an area of focus. There was also high demand for improved presentation tools so users can better visualise and disseminate risk information.

That all points to the immediate issue for most businesses, the need to remain healthy in poor economic conditions. And BI is seen as critical in strengthening the business immune system.

See also: Why collaboration is the key to true business intelligence