Big Data in the developing world 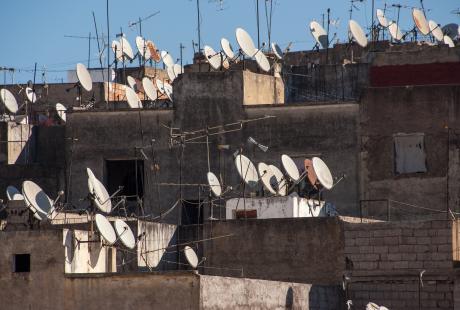 In the West, marketers and corporations are using big data to sell consumers more (and more expensive) stuff, from diapers to electronics.

But in the developing world, big data is being used to save lives, with researchers beginning to take full advantage of the ability of smart devices to gather and send data, and the ability of advanced software to analyse that data.

The availability of this data has grown thanks to cheap OEM smartphones, mostly produced in the Far East.

Low production costs have made devices affordable to even the poorest in Africa, Asia, and Latin America.

>See also: How Africa is leading the way in the IoT

According to Pew Research, “smartphone ownership rates in emerging and developing nations are rising at an extraordinary rate, climbing from a median of 21% in 2013 to 37% in 2015. And overwhelming majorities in almost every nation surveyed report owning some form of mobile device, even if they are not considered ‘smartphones.’”

The increase in cell phone use has also led to an increase in data, creating opportunities for data scientists to make life-altering insights into these numbers.

A good case in point for this is Kenya, where smartphones are increasingly common, but food is unfortunately scarce.

Poverty is rife, and while conditions are better than they used to be, a majority of households are still “food insecure,” according to the UN’s World Food Programme (WFP). A key to preventing hunger is being prepared, by ensuring that there are sufficient stores of supplies available to meet emergency needs.

Thankfully, emergencies and other troubling incidents are becoming easier to predict, due to the analysis of smartphone data.

Encouragingly, scientists working with the UN WFP have discovered that there are strong correlations between mobile phone data usage (like how many airtime credit minutes users purchase) and food consumption.

The more data people use on their phones, the more likely they are to purchase high-quality foods, like fish, meat, rice, etc.

>See also: “The safety trap”: hindering the growth of the global economy

On the other hand, the consumption of items like cassava and beans (which, unlike high-quality foods, grow in backyards and are freely available) goes up as people spend less on their cellphones.

The bottom line, according to researchers, is that “proxies derived from mobile phone data could be used to provide valuable up-to-date operational information on food security throughout low and middle income countries.”

By refining the relationship between these parameters – here are actually dozens of phone and food consumption correlations – a reliable model can be built to predict when a food emergency is likely to occur, allowing international aid agencies to preempt the situation and ship in supplies to ease suffering until the emergency passes.

While more research is needed, smartphones could indeed turn into a tool that enables people not only to communicate, but to survive during a food emergency.

It turns out that there are thousands of such studies and projects going on around the world at any given time, sponsored by the UN, the World Bank, the IMF, and other international organisations and agencies, as well as by private companies.

Among the latter has been international cell phone service firm Orange, for example. Every year, Orange sponsors the D4D Challenge, in which startups and entrepreneurs are invited to come in and develop big data solutions to specific problems, based on smartphone usage.

>See also: Could the IoT in manufacturing tackle the global problem of food waste?

In the 2015 Challenge, winning projects included a variety of practical, intelligent applications of big data.

For instance, researchers were able to determine the current and future electricity needs based on cell phone data, similar to the food project mentioned above.

Data was also used to build granular poverty maps, which showed the exact locations of pockets of poverty that no one noticed were there before.

Additionally, the challenge showed that data can be used to determine the ideal locations and routes for new roads based on phone usage patterns, and create a very detailed model of a population using indicators such as population, age, literacy, poverty, religion, and ethnicity.

As current trends continue, more and more users will acquire devices and contribute to the pool of big data, helping to solve many of the developing world’s crises, including the “statistical tragedy” of unreliable data in Africa.

The bigger and better data gets in the developing world, the easier it will be to improve lives.