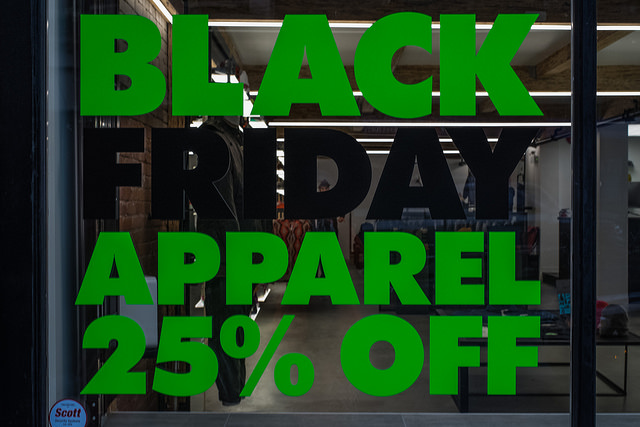 Since the craze for 'Black Friday' pre-Christmas sales swept the UK retail sector from across the Atlantic, online channels have faced more pressure each year to cope.

Last year Amazon processed a record four million orders for the UK, only marginally beating this the following Monday, December 2nd, with 4.1 million orders on the online equivalent, 'Cyber Monday'. This year the sales are expected to be even bigger, with a record number of transactions expected over the period and increased competition to offer more deals. Visa Europe estimates that Brits will spend £580m today alone, according to Reuters, with a large proportion of this through online and mobile channels.

But in the midst of the consumer frenzy, it appears not everyone's digital platforms are built to withstand the surge. Already websites of major UK retailers including Argos, Boots and Tesco have seen outages, while the Curry's website had online shoppers wait in 30 minute queues.

Website outages are catastrophic for any retailer or business, and no more so than during such a crucial period. Not only is there a potential to lose revenue, retailers could lose face with customers over the long term and create the impression that they just can't plan effectively for Black Friday sales. There is only so far a blanket apology to frustrated Twitter users can go. In fact, research from Micro Focus puts this loss at £36.7bn per year globally, showing the full cost of a failure goes beyond missed revenue opportunities. Even minor delays to website response times can have a sizeable impact on customer satisfaction, page views, conversion rates and site abandonment.

Despite this, an astonishing percentage of organisations (32%) do not or don’t know if their website is monitored on a 24×7 basis. According to global research conducted by Vanson Bourne and Borland, 44% of CIOs are aware of the events that drive peak-traffic loads, but do not simulate website performance with heavy load testing to see if they can handle the increased traffic. This is crucial since unusually high demands such as promotional or seasonal trading are becoming a frequent occurrence.

'In the lead up to Cyber Monday this year, the busiest annual online shopping day of the year, retailers have the opportunity to take extra precautions to ensure their websites can cope with heavy peak loads,' says Archie Roboostoff, Borland solutions portfolio Director, Micro Focus.

A well proven solution to stress or performance challenges is continuous testing, but many retailers are missing out on this critical step due to initially high costs.

'Cloud-based performance testing is an alternative which significantly reduces both the initial and ongoing costs without compromising on any of the rigour that is required to ensure availability in even the most extreme performance scenarios,' says Roboostoff. 'By allowing test teams to instantly deploy existing performance test scripts to cloud-based load generators, the load is created on pre-configured systems provisioned in the cloud. This eliminates the effort and cost related to extending the on-premise test infrastructure which only the highest-load scenarios would need.'

'In addition, these cloud-based services also provide a diagnosis of any performance problems which are encountered; giving teams the detailed diagnostics they need to identify the nature and location of the potential problems. Combined with an on-premise performance monitor, it is straightforward to understand the demands on the server infrastructure in the data centre, providing end-to-end transparency.'

As well as the strain on their web platforms, retailers must be prepared for an increased cybercrime risk. With such as substantial change in buying habits in the UK and the increase in marketing activity, there is a huge opportunity for scammers to hijack Black Friday, with many targeting consumers with sophisticated attacks designed to mimic genuine communications from retailers, as well as search engine poisoning and other scams designed to trick the public into thinking they are chasing down a real bargain.

Research by cloud-based security company Proofpoint found that over the past two weeks there have been roughly 140 instances of spam on the 10 ten major retailer brands- a number that can only be expected to grow as we approach December 1.

One example has been a fake 'Amazon Gift Card' promotion on Facebook that linked to a page to 'unlock' a gift code, but after clicking the link users were directed to a suspicious download site.

As Sergio Galindo, general manager of IT security company GFI Software explains, the novelty value of Black Friday and Cyber Monday in the UK means shoppers are not as aware of their vulnerabilities when it comes to malware, phishing attacks and other scams designed to dupe them and extract money and information.

'The time-limited and stock-limited nature of many of the Black Friday deals, along with wording designed to excite and produce a reaction also helps propel many users into clicking on ‘offer’ buttons, without necessarily looking at exactly where that link transports them to and whether it’s a legitimate, secure site,' says Galindo.

'Now that the Black Friday phenomenon is now a regular occurrence in major markets outside the US, the threat – and the opportunity for criminals – is bigger than ever, warranting both users and even their employers to put measures in place to protect themselves from being scammed and to protect their computers from malware, spyware and other criminal software that may be surreptitiously placed onto a user’s computer by a Black Friday scam.'

UK online retailers may have been thrown in at the deep end when it comes to Black Friday and Cyber Monday, but they can maximise the opportunities from the 'super weekend' sales frenzy and emerge unscathed with careful planning.