BlackBerry shipped 1 million Z10s in the first month after launch 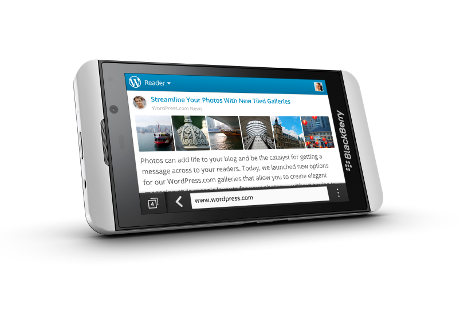 BlackBerry shipped approximately 1 million Z10 devices, which use its new, make-or-break operating system BlackBerry 10, in the first month of their availability.

The company launched the Z10 in the UK and Canada on January 31 (it was only launched in the US last week). Today, it reported sales for the financial quarter ending March 2, which included 1 million Z10 shipments.

Z10 shipments made up a sixth of the company's total smartphone shipments during the quarter.

The figure has been viewed as a good start, but not yet evidence that BlackBerry 10 has saved the company.

"The million devices sold is a sign that BlackBerry achieved decent if not stellar traction in the quarter for its new devices," said Jan Dawson, chief telecoms analyst at Ovum "Given the supply constraints, late launch in the US and the decision to launch the [keyboard-based device] Q10 later, this is a good start for the platform."

Dawson noted, though, that BlackBerry lost 3 million subscribers during the quarter – "a worrying sign", he said.

"BlackBerry's single biggest asset has been its large existing subscriber base, who are the most likely buyers of BlackBerry 10 devices, and the acceleration in the decline of that base reduces the size of the addressable market for BlackBerry 10."

Sales dropped 2% to $2.7 billion during the quarter. BlackBerry, which changed its name from Research in Motion earlier this year, made $98 million in net income during the quarter, compared to a $125 million loss in the same period of last year.

As reported earlier this week, BlackBerry already has at least another 1 million Z10 shipments lined up, after an unnamed distributor placed the largest order in the company's history.

BlackBerry told Information Age that this order will count towards the current quarter's shipments.