BlackBerry to cut up to 40% of staff, report claims 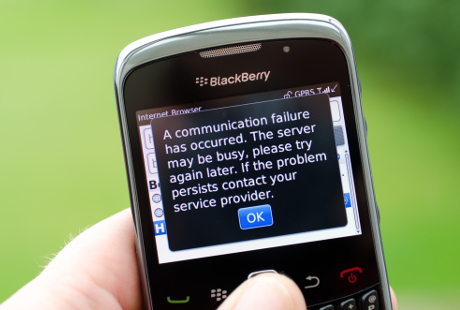 BlackBerry is planning to cut up to 40% of its workforce this year in a drastic bid to cut costs, according to a report in the Wall Street Journal.

Citing "people familiar with the matter", the WSJ reports that the Canadian mobile device maker is seeking to dramatically reduce its operating expenses as it market share plummets.

Earlier this year, BlackBerry said that it employs 12,700 people. If that is still the case, the cuts would equate to around 5,000 jobs.

BlackBerry also cut 5,000 jobs last year, and according to the WSJ, executed some smaller rounds of job cuts earlier this year.

If it does cut as many as 40% of its employees, BlackBerry will have shrunk to less than half its size in two years.

That is not as fast as BlackBerry's share of the smartphone market has fallen, however. According to IDC's latest figures, the company's market share (by operating system) fell from 10.3% in 2011 to 4.7% in 2012, and is predicted to fall to 2.7% this year.

"BlackBerry OS share will decline markedly [by 2017] due to tepid BlackBerry 10 reception and emboldened competition that are expected to whittle away share in its remaining regional bastions of strength, such as Africa, Latin America, and the Middle East," IDC said in a recent report.

"BlackBerry volume will remain flat as the market expands around it thanks to enterprises with security or other specialised needs that continue to purchase devices from the company."