The blockchain space race: It’s all about connection 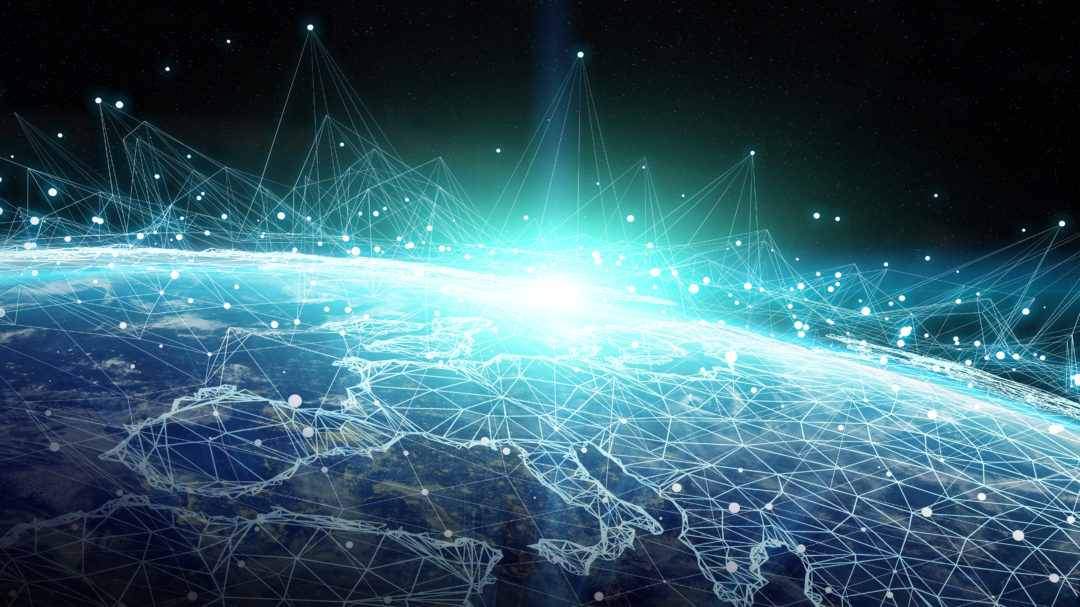 Founded by entrepreneur Colin Cantrell, Nexus draws inspiration from his father Jim Cantrell’s work on space exploration with Elon Musk as a founder of the SpaceX company.

“I asked my father, what do you think is Elon’s most valuable trait was and he said his inability to conceive failure,” said Cantrell. “That’s how he was able to make so many rockets and come to the point of almost bankruptcy, but still he could not perceive himself as failing.”

Since its formation, Nexus has been striving to bring real innovation and choice to the blockchain world, introducing new concepts such as satellite enabled operations and an open source model that offers superior speed, scalability and business integration.

In the interview with Cantrell, he expressed an interest in space advancement and coding — in particular — since a very young age.

He learned Visual Basic programming language at age 12, and by 16 he was already designing rockets with his father. Now, at 27, Cantrell is a hardware and software inventor, musician and philanthropist who is attempting to bring positive change to the world via blockchain.

Nexus is an innovative open-source, advanced, and trusted digital ledger, designed to improve the world through advanced peer-to-peer networks and digital currency — that is the business description.

But, the conception of the company boils down to the fundamental idea of connection. Nexus means a connection between two or more things.

At the moment, whether through political rhetoric or ideological stand-offs, we’re seeing a lot of division in world. “Blockchain is a technology that enables us to remove the illusion of border and hopefully start to solve some of these things that shows that we’re not so different from one another,” said Cantrell.

“Nexus spawns from the idea that connection is something that we’ve seen happen all over — it’s the essence of life in a sense: connecting with one another.

Blockchain: For the people

Blockchain is a technology that was designed to help facilitate greater connection and create a safer internet.

“The internet relies on third parties’ central services in order to provide that safety. But, we’re moving into a more decentralised space [with blockchain] that basically makes it more secure, because there’s nothing to hack, there’s nothing to control. It also distributes power; as we’re seeing with certain people in power, they have not been necessarily for their people and we need to distribute power more to people,” explained Cantrell.

Blockchain will empower the people and break barriers to information

Blockchain technology is on the cusp of revolutionising every industry, and ushering in an information-first era. Read here

“It’s a technology that’s designed to be used as a tool to help people empower themselves, but you need to teach people and educate them how to utilise the tool properly. Otherwise it’s comparable to giving a 2-year-old a hammer; you can’t expect any good things to happen. So, the education on what we can build with it and what we can do with it is really important — then applications will begin appearing throughout the business world.”

Currently businesses are not using blockchain, not yet, according to Cantrell.

“What businesses are wanting to use it [the blockchain] for surrounds anti-fraud. They’re seeing a lot of supply chain management properties, in handling royalties payments, split ownership of certain digital assets that are represented through a physical asset. Things like that,” said Cantrell.

“Money used to be backed by gold, where some sort of paper represents some physical commodity; that’s something that I’m seeing as well. Then that ties together into the supply chain.”

“So those are the main areas of focus: the royalties tokenisation, and utility tokens rather than speculative tokens, fraud and supply chain.”

Mindset is a big barrier for blockchain adoption in business. With the majority of organisations, you have to convince them that they need to change their mindset. They’re used to boosting profits and driving forward, but the world is moving to blockchain. It’s moving to a more distributed system rather than a hierarchical one.

For example, “you can’t really go to a CEO and say hey, there’s not going to be CEOs in the future. You have to help them shift their mindset into seeing the more value that their company can bring, which eventually brings them greater value than they really would have thought through the old way,” explained Cantrell.

Integration is another barrier. “We have to remove this pink cloud mentality, build magical unicorns with blockchain, and make it practical,” said Cantrell. “Something that people can actually use and touch.”

“On the technological side, it’s the scalability issue.”

Satellites can create decentralised systems that empower individuals and companies to take control of their personal financial freedoms. With increasing internet censorship and the unsustainable and, at times, unreliable $300 million internet cables that connect continent to continent, a solution for the people is needed.

Alibaba Cloud is making another global statement this week, with the expansion of its Blockchain-as-a-Service offering. Read here

“Satellites are providing that value where we can build an internet ourselves. But it’s an internet built by the people for the people. You can launch a satellite for around $200,000 to $250,000 per satellite.”

“It’s kind of like how computers were back in the 70s, where only universities and governments had access to them. And, then Steve Jobs (and Steve Wozniak) at Apple made them small enough and cheap enough for everybody to be able to use. That’s where the satellite industry is really going to start coming in. The use cases are going to be incredible,” continued Cantrell.

“By creating this satellite infrastructure, we’re creating an economic incentive for people to be able to collaborate and share and route traffic for one another; so you get a better bang for your buck. I can launch a satellite and join a constellation of 1,000, instead of having to deploy 1,000 satellites at one time.”

As servitisation business models continue to grow in popularity, it’s only natural that we are now seeing as-a-service offerings emerge for blockchain applications. Blockchain-as-a-service (BaaS) has established a strong market presence and is promising enterprises a way to utilise the much-hyped technology. Read here

As a technology company, or any company, you’ve got to know where the world is going in order to be able to provide the services for that. And the world is moving in the direction of blockchain— in Cantrell’s mind.

People, he argued, “want to see more products that are built for them, even that straws are being made biodegradable. People are not happy with their governments and are starting to think in a more conscious way. They are disillusioned. Blockchain has the ability to rectify that and fulfil that need for them.”

“By getting on that early, you’re going to be opening yourselves up to the way the mass psychology changes into — public demand these type of open platforms is just going to increase.”

“That’s why we’re seeing such huge movements round the blockchain industry right now, because people are seeing it as something that gives them hope that the world can change, and they want change. So companies adapting to this are going to show that they’re forward-thinking and that they’re in the service of the people, which is going to secure their company’s position in the future.”