Blockchain technology without a bank? 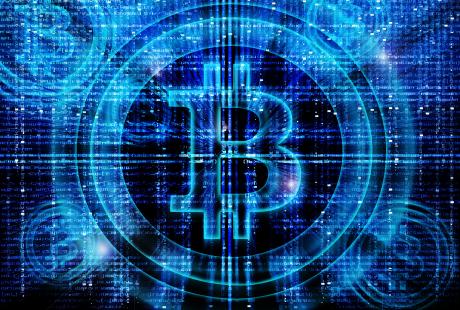 UBS, Santander, Deutsche Bank, and BNY are in the process of creating a digital bitcoin-currency alternative.

The proposed digital currency will use the same blockchain technology that provides the workings of Bitcoin – a type of digital cryptocurrency in which complex algorithms are used to regulate the generation of units of currency and verify the transfer of funds over a network of computers.

While Bitcoin operates outside central banks, the plan for this new digital currency is to be operated specifically by banks.

The bitcoin-like currency is being developed by Clearmatics, a London-based blockchain startup, alongside the four banks, and the official launch is set to be in 2018.

Like bitcoin, digital coins would be sent to central banks during transactions that could immediately be converted into cash, in different currencies

These would be stored using blockchain technology.

Blockchain technology has long been sought by banks to be introduced into the banking system, because of the money it has the potential to save.

The finance industry spends between $65-$80 billion every year to clear and settle trades, according to a report last year by consulting firm Oliver Wyman.

“You need a form of digital cash on the distributed ledger in order to gain maximum benefit from these technologies. What this allows us to do is take away the time these processes take, such as waiting for a payment to arrive. That frees up capital trapped during the process,” said Hyder Jaffery, head of financial technology innovation at UBS.

It appears the cost (and time) saving appeal is the main driver behind these four banks’ digital currency ambition.

“Today trading between banks and institutions is difficult, time-consuming, and costly, which is why we all have back offices. This is about streamlining it and making it more efficient,” said Julia Faura, head of R&D and innovation at Santander.

Some would argue, however, that it is dangerous for these banks to reign in tighter control on global currencies, which this seemingly will do.

Greater time efficiency and greater cost savings equals more control. This control may inevitably lead to a lack of stability.

Security concerns are also tangible, and the main reason banks haven’t adopted this type of technology before is because of a fear of fraud.

This is the question customers and businesses may begin to ask if (and when) negative interest rates start to creep into their accounts.