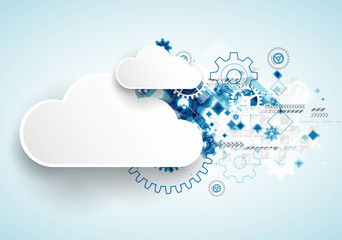 Blue Prism today announced its agreement to acquire Thoughtonomy for £80 million. The acquisition, expected to close by end of July, will see Blue Prism’s connected-RPA platform distributed and supported as a turnkey SaaS offering, helping accelerate the deployment of digital workers across market verticals and into mid-tier enterprises worldwide.

Blue Prism anticipates that cloud-based RPA deployments will in time become increasingly required by enterprise users and, while it currently has numerous cloud-based deployments of its enterprise solution, the development of cloud-based products to further address the market requirements is a clear part of its product roadmap. The acquisition of Thoughtonomy, in particular, its cloud orchestration tools, resources and skills, will feed into these
product initiatives. 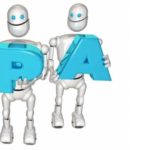 At first it’s a trickle, but it might soon become a cascade; AI automation might be set to gain mass acceptance very rapidly, but robotics process automation Cloud convergence might be the tipping point

“The acquisition of Thoughtonomy will support a broader strategy to strengthen our portfolio with cloud offerings that deliver value and enhance customer experience,” says Alastair Bathgate, co-founder and CEO, Blue Prism. “Thoughtonomy brings valuable knowledge and experience in the development and implementation of cloud-based intelligent digital workers, with a successful track record delivering its solutions to mid-tier enterprises in a number of industry verticals complementary to the areas of the market Blue Prism has served.”

Based in London, Thoughtonomy was founded in 2013 by Terry Walby (CEO) and has grown into the leading provider of intelligent, cloud-based automation. Thoughtonomy currently has around 77 direct customers and approximately 200 indirect customers located worldwide. Thoughtonomy has historically targeted customers in the public sector, financial services, energy, healthcare, outsourcers and service providers and uses a primarily partner-driven business model, with key partners including Symphony, Digiblu and ISG.

“We’ve been working with Blue Prism since our foundation in 2013, and we’ve built out our unique SaaS and intelligent automation capabilities to leverage their best in class RPA software,” says Terry Walby, CEO and Founder of Thoughtonomy. “Together as leaders we plan to broaden and simplify access to the most advanced digital workforce capabilities on the planet.” 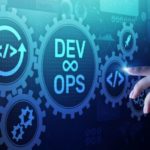 Non-IT departments are deploying RPA, but they’re destined to fail because they can’t integrate it with the wider IT infrastructure. DevOps and IT must do more