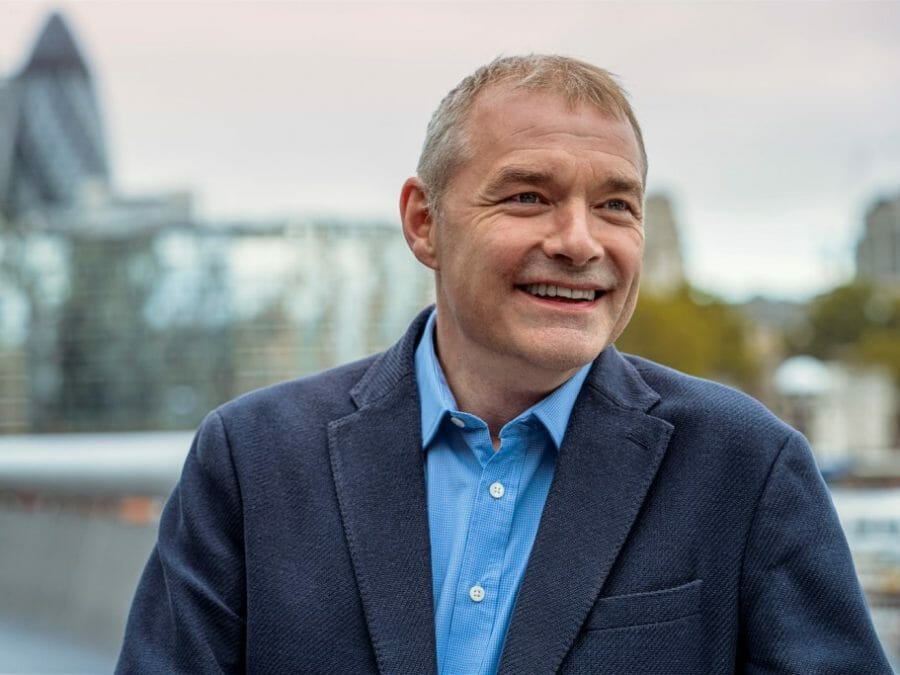 Jason Kingdon first got involved with Blue Prism in 2007. Thirteen years later, after a couple of stints away from the company, he has returned as executive chairman just as the RPA-boom has begun.

Eight years ago the term RPA didn’t exist and companies weren’t buying into the idea of robotic process automation. That is not the case anymore — Blue Prism, UiPath, Automation Anywhere and AntWorks are just four members of the growing RPA market.

In Blue Prism’s case, following its IPO in 2016, the company has grown from 60 employees to over 1,000 people. “We’ve got customers in 170 countries, work with 20% of the Fortune 2000 companies and are active in over 70 commercial sectors that have bought into the product,” said Kingdon.

There has certainly been an explosion of interest in RPA and the whole idea of automation — taking the time-staking manual processes of the past out of the hands of the employee.

“Between us [the RPA market leaders], we’ve introduced the world to the potential of automation and its application to various business processes and functions,” he continued

Kingdon’s not wrong. RPA software revenue grew 63.1% in 2018 to $846 million, making it the fastest-growing segment of the global enterprise software market, according to Gartner. 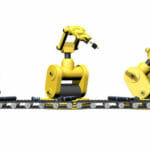 Robotics process automation, or RPA, is becoming big. And this month, RPA is our main theme. Information Age talks to three of the top players: Blue Prism, UiPath and Automation Anywhere. So here we begin RPA month by comparing and contrasting. Read here

RPA is just at the beginning

RPA, despite the incredible growth of the software, is still in the very early stages of its application and adoption.

There are two areas that Kingdon views as significant growth areas:

2. Intelligent automation that assists individuals in their daily tasks.

“These are two markets that are overlaid on top of each other, but belong to the RPA market.

A good analogy for this is when robotics was introduced into manufacturing — it completely revolutionised this sector on a large scale.

“With RPA, this same capability is achievable for the services industry,” continued Kingdon. “Every business process, something that is repeatable and can deliver an outcome, is able to be automated.”

RPA is not IT

In the early stages of RPA, clients are asking providers — like Blue Prism — a number of questions; how can I use this technology? How can I scale it within my organisation? How does it become a key part of what my organisation does? What’s the difference between this and IT?

IT provides core infrastructure, mass data handling, data storage and the packaging around the big automation tasks in departments like HR, Payroll and Logistics. On top of this core IT, processes are run and it is these that can be automated.

These software robots should interoperate with any system or process and the aim is for them to become a digital worker that works as if it were a human.

Organisations can measure the ROI of RPA investments. And, the tangible outcomes the technology has presented suggest it is beyond the hype of other technologies, where the results are less tangible.

In 2015, the London School of Economics found that RPA yield a three-year ROI of 800%, based on a case study with Telefônica O2.

This transformational impact has led organisations to adopt the technology in their droves, as it changes the ground rules in terms of what it is they can do within organisations — streamline, innovate and stave off disruption.

“This is why RPA represents a challenge to offshoring. It lets organisations look at their infrastructure in a totally different way and in how they execute business processes,” added Kingdon. 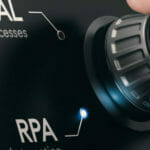 The digital worker, a technology enabler

With RPA, every system is interoperable with every other system. These digital workers have to be able to work with other digital workers, just as humans interact with each other.

“The allocation of tasks is similar to the dynamics of humans interacting with each other. If a task is behind schedule, the digital workers can swarm to that task, work on it and get it back on deadline.

“If a brand new application is produced next year, business users can train these digital workers how to use that new application, just like you would with a human being.

“This has led to a massive step change in terms the interoperability of systems, which historically has not been available to organisations,” said Kingdon.

This ability to train digital workers means that organisations will be able to successfully adopt new technologies at a much faster rate.

As an example of this in practice, Kingdon referred to a company Blue Prism worked with, BigMedilytics, which uses a deep neural net to scan retina images for possible signs of diabetes.

He said: “The company was made up of doctors and visual processing PhDs and they wanted to sell this capability to the NHS.

“The problem is that the NHS has over over 265 different patient administration systems, none of which talk to each other.

“BigMedilytics could have spent the rest of their time building interfaces for these various systems within different NHS Trusts, but instead they used RPA to open their technology up to the whole ecosystem of different systems within the NHS. The company’s technology instantly became available.”

In this example, thinking about unstructured image or text analysis for specialist AI capabilities, RPA put BigMedilytic’s technology in a process and distributed that process across the entire NHS.

RPA, ultimately, can help accelerate the adoption of other technologies without the same kind of technical barriers that used to exist.