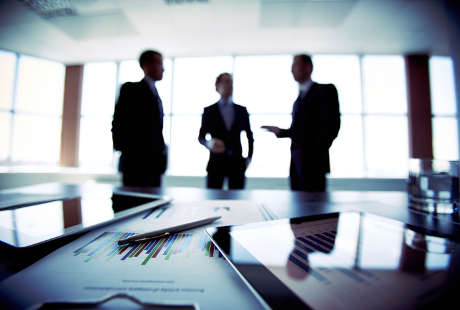 Gerry McCartney has been CIO and vice president of IT at Purdue University since 2007. In this time he has developed the largest research-focused IT infrastructure in the US, responsible for three of the world's top 500 supercomputers. He has been recognised internationally for his work deploying some of America's most advanced learning and classroom technologies for 15,000 staff and students, and is also director of Purdue's Innovation for Commercialisation scheme, created last year to bring Purdue's discoveries to the marketplace more quickly. Last month, IT management consortium the Innovation Value Institute awarded him with the 2013  'global leader in ITvalue' award, of which previous winners include leading figures from Apple, Facebook, Cisco and Intel.

What has changed about the role of the CIO in your experience?

Thirty or so years ago, IT people were having to deal with unreliable hardware, so they developed a pointy-headed mystique that you’ve got to be smart to make things work. That’s not true anymore — IT has become commoditised, computing is reliable and cheap and regular folk can do a lot of things that were once the preserve of experts.

So we’re now starting to see a lot of people in large organisations saying ‘I used to know what your job was, now I’m not so sure, because my ten year old can pick up an iPad and do what you’re doing.’

There was a famous article in the Harvard Business Review ten years ago that said IT is no longer a profession but has become a job like sweeping corridors, fixing things, general maintenance, that sort of thing.

So what makes a CIO different to a janitor?

The key difference is that IT has the ability to create new tools. It can do things that were literally unimaginable even five or ten years ago.

What are the main skills a company should be looking for in a CIO in 2013?

In the late 80’s and 90’s IT people were saying ‘if only everyone had computers and we had reliable internet, we could do all these things.’ A lot of the froth that became the 90’s dotcom bubble was based on belief in these possibilities that didn’t exist yet, people were buying it forward and that’s why we had that horrible market meltdown.

Now we have all the capabilities in place, we need CIOs with the imagination to understand what is possible and what is not.

Imaginative people can envision where threats are coming from and where opportuniteis lie, as well as having the know-how to take advantage of these opportunities. That hasn’t been required of CIOs up until now.

On the one level you need a CFO, for instance, who’s really good with money and numbers, but the best CFOs are people who have the kind of right brain, imaginative thinking to know what to do with those numbers. In all executive level professions you need both imagination and technical skills  – if all you are is grounded and operational you don’t belong in the executive suite.

Are technical skills still relevant to IT departments in the age of outsourcing and cloud technology?

Cloud computing is really just the next phase of hardware. It’s not really about the tech itself but wheat the tech can do. When innvoation stops around technology, then that’s when IT becomes a commodity. But as long as people can find exciting and novel and useful things to do with that tech then you’ve got to have prominent executive role for the people responsible for that function, even if it’s not a strictly technical role.

What’s stopping CIOs and senior IT managers progressing to the boardroom table?

Technical people assume companies are meritocracies and that’s often not the case. They assume their technical skills will carry them forwards, but the things that made CIOs sucessful in the past such as reliable operations, budget control  and technical problem solving, aren’t what’s going to make them successful going forward. Techy people like to stick to techy things, but this can often be a barrier to their success.

What do CIOs need to be doing to overcome this barrier?

They need the vision to a move a business forward, and to be able to strategise, with the flexible personality to do so. The key thing is that they should know the business they’re in. A lot of IT people want to mess with computers, and don’t care about or really understand the line of business they’re in. In any other department in an enterprise this would be an outrage.

An IT person might just want this or that drive to go faster, etc. But if a CIO has this kind of attitude the business in some trouble. They need to think bigger. Either you’re going to have a business leader trying to understand how tech will affect them or a tech leader who understand the business leading from this direction, but CIOs – this is in your hands.

Why do businesses need CIOs in the boardroom?

I believe businesses strongly need CIOs in the boardroom, because there is no bussiness that doesn’t have an absolutely crucial dependency on information technology in some way. Even the most physical of businesses these days such as coal mining or oil drilling are heavily depending on information systems.

Businesses need to be aware that giving everybody a tablet isn’t going to change their business — they’ve got to have a plan. Understanding a business’s opportunities and threats and how to take advantage and mitigate against them is a discussion any board of executives would have, but as these things have never been more about technology the CIO needs to be in the room.

Will we ever see CIOs becoming heads of enterprise?

Historically CEOs have come from departments such as finance, marketing and sales. Perhaps not usually HR as this has some of the same problems IT has around departmentalisation, but now that technology finally has the opportunity to touch every part of the organisation CIOs are increasingly becoming one of the key executives.

It’s going to be interesting the first time a CIO has made president of a major company – not a tech company but a car manufacturer or a bank or simialr traditional business. It has happened a few times in universities, but I’m not familiar with it in the corporate environment yet. Once this happens it will be a breakthrough for CIOs. They’ll know they’re taken seriously. It will not longer be a case of the real executives and then these secondary leaders. It will change the way people in IT think of themselves. Technologists often think of themselves as being technologists and not bankers, car manufactuers or business leaders.

All arenas are being ravaged by the internet. Absolutely every arean from journalism to government, to stockbroking, to healthcare. The strong sense is that it’s just going to track through every information based industry that we have. The question facing companies is this: if we are under threat here, who can help us find our way out? That’s what makes the role of the CIO truly strategic.