In the boardroom with Tarkan Maner 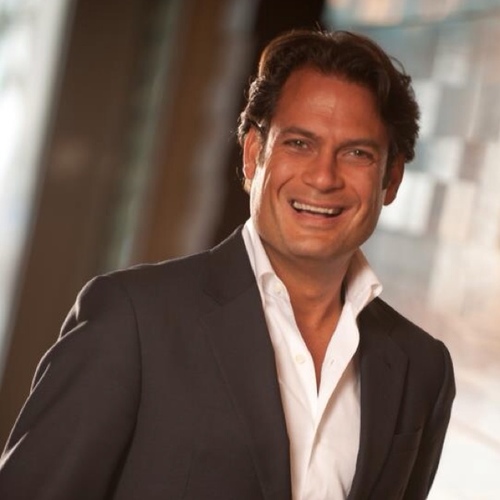 Was going from investing in desktop virtualisation to the software-defined storage space a natural step for you?

Nexenta was doing for storage what companies like VMware had done for servers, so it was a natural next step in revolutionising the entire infrastructure for our customers. At Wyse, everywhere we went our customers were complaining about their storage costs. Networking and servers were not an issue for them, but storage was a huge problem, and then we found this amazing company with a software-defined model that had the potential of lowering the cost of storage. Nexenta was one of those great Silicon Valley start-ups, launched by three immigrants from Russia in their garage, but for such a small company it already had 5,000 customers.

Our competitors sell very expensive solutions, with no real innovation behind them, in million-dollar deals to big enterprise customers, and this makes up 89% of the market segment. Through the software-defined model, we deliver the same solution for $150,000. Customers actually started calling up our competitors and saying, ‘For the past ten years, you’ve basically lied to me,’ and our competition have been forced to drop their prices almost on the spot.

What has been your strategy for Nexenta so far?

It’s only been a short time frame, obviously, but in that time we’ve had a phenomenal fourth quarter and 100% growth in 2014 so far. It’s been about heavily investing in new markets, regions and verticals, opening up from just trading in the US to pushing out into markets across China, Japan, Africa, and now into the European markets with the launch of our first distributor deal in the UK.

We’ve also had a big focus on extending our patent portfolio, with nine passed in the past two months. Many companies take years to file patents, so you can see just how quickly things have been moving.

How will software-defined storage prove itself beyond the initial hype as a solution for the future CIO?

Storage as a whole is a very non-innovative, monopoly-led industry, and really that has to change. To use the analogy of the car, the first commercial car ever made, the Ford Model T, built in 1908, has basically the same combustion engine using oil, with the same cylinders, the same moving parts, as a car today. Yes they’re more comfortable and safe, but the basic engine has never changed – until Tesla came along and installed an electric engine into a car. In a sense, software-defined is like your Tesla engine: it changes the game completely.

For the past 20 or 30 years there has been no differentiation in data centres. It’s the first time that we’re able to glue together and virtualise all three layers of a data centre, from the compute layer to storage in the core and networks. You can now replicate the scalability, performance and reliability of 20 racks in a data centre with just one or two racks, and deliver applications on any hardware, bringing the cost of computing down drastically and delivering innovation as we’ve never been able to in the past.

Vendors are going to customers every year and asking them to pay more money for the same solution as the one they bought last year. With our solution, if you want to upgrade your software then you just download a new patch, just like you upgrade your iPhone software. The future is going to be all about the democratisation of IT resources and hardware, not about making the big vendors richer and keeping companies locked into a pattern of costly infrastructure that they can’t escape from. In the past, customers did not partake in the innovation process at all, but software-defined storage is the medicine for that, so to speak.

What’s your vision for Nexenta in terms of addressing the big IT trends of the next five years?

We will very much be focusing on the leading trends in industry that will have an impact on innovation, such as social, mobile, virtual and the Internet of Things. These developments will create more challenges for our customers, and to address them you need a data centre that is flexible and lower-cost. Within that, we believe storage will be a key differentiator for success in all verticals, so we’ll have a big focus on bringing out patents in relation to converged infrastructure and unified management systems.

Storage is an important piece of the social puzzle, where we’re seeing much more unstructured data and the processing of new data types. The old school of storing data in big blocks is over.

As apps are changing, storage is going to have to change too, and it’s critical for big data to realise its full potential. In the next five years, unstructured data is going to be stored through what’s called object storage. At Nexenta, we’re investing heavily in scaling systems into very lightweight infrastructure in order to support object storage technology.