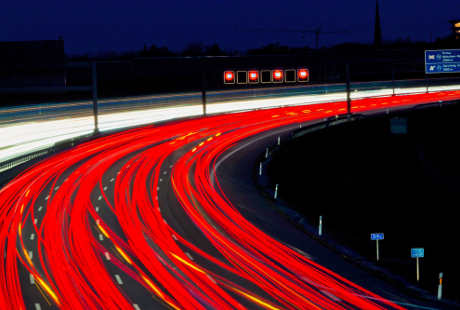 The A14 between Felixstowe and Cambridge is set to become the UK’s first road with wireless connectivity, as part of a pilot scheme by BT and Internet of things infrastructure startup Neul.

The project will test the viability of "white space" communications , which uses unoccupied frequencies of the radio spectrum reserved for TV broadcasts, as a way to connect cars to the Internet.

The idea is to transmit real-time traffic data to vehicles on the motorway. This could reduce congestion and help manage motorway traffic, said communications watchdog Ofcom in a statement.

Up to ten drivers will be recruited in the test, who will receive information on their mobile phones, and the cars will be fitted with transmitters to send information to five sensors along the 70 mile stretch of motorway.

“The main purpose of the trial is to understand the extent to which TV white space can be used for Machine-to-Machine (M2M) communication in this type of scenario,” said BT.

The project is one of many launching in the next six months to test white space technology in the UK. Ofcom is also working with Microsoft to test how white spaces can be used for free wif-fi in Glasgow—one of the least connected cities in the UK. It will work with the University of Strathclyde’s Centre for White Space Communications to set up Glasgow as a “smart city” via a network of sensors.

“Spectrum is the raw material that will underpin the next revolution in wireless communications,” said Steve Unger, Ofcom chief technology officer, referring to the Internet of things.

“This is likely to deliver large benefits to society," said Unger. "However there isn’t an unlimited supply off spectrum to meet this extraordinary demand. This is why we need to explore new ways of unlocking the potential of the spectrum – like white space technology — to get the most of this valuable national resource.”