BT told to split from Openreach 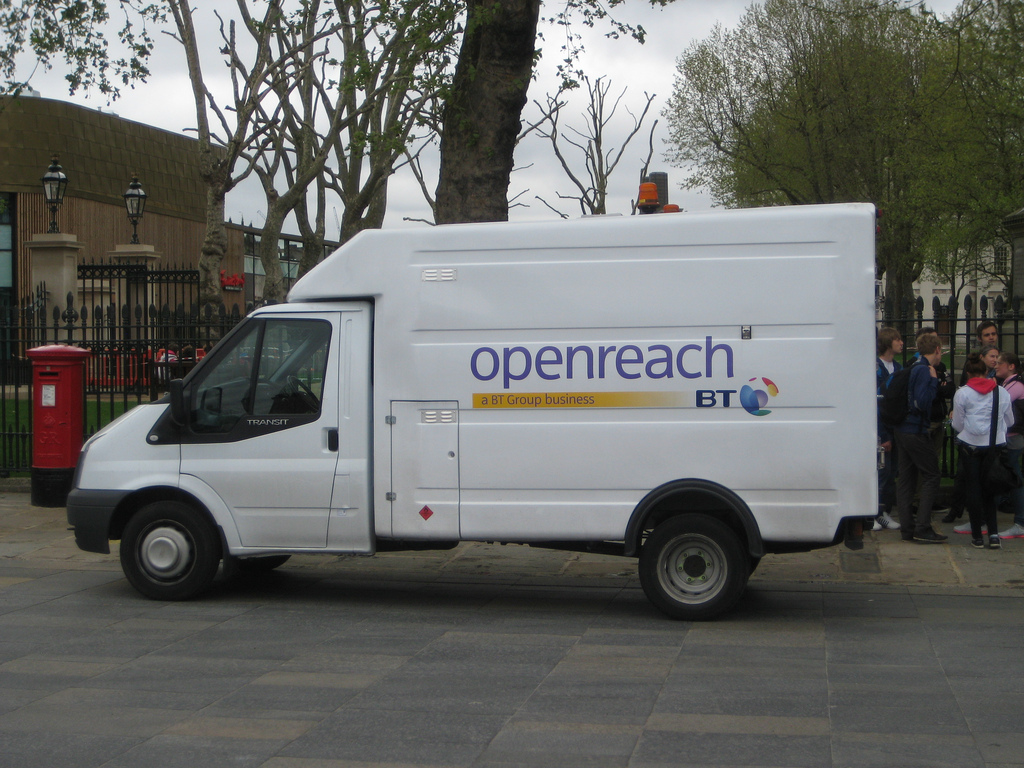 BT must split with Openreach, which runs the UK’s broadband infrastructure because the broadband provider failed to address Ofcom’s competition concerns.

Openreach maintains the UK’s main telecoms network used by telephone and broadband providers such as Sky, TalkTalk and Vodafone.

The regulatory body has said it will formally go to the European Commission to start the legal process of forcing this split.

However, Ofcom is not pursuing a full break up of Openreach but rather wants the broadband infrastructure to work “in the interest of all providers, not just BT”.

The regulator added that they were “disappointed that BT has not yet come forward with proposals that meet our competition concerns.”

“Some progress has been made, but this has not been enough, and action is required now to deliver better outcomes for phone and broadband users.”

Once legal separation has occurred Ofcom will closely monitor both bodies and if it feels they are not being run as distinct, separate bodies it will force a total sell off.

It has been a long time coming, with Ofcom demanding back in July BT address the competition concerns voluntarily.

Since then it has been criticised for poor customer service and a lack of investment.

BT, however, remain adamant they can still reach a voluntary settlement.

BT said: “We are in discussions with Ofcom on two outstanding issues, the reporting line of the Openreach chief executive and the form of legal incorporation.

“We will continue to work with Ofcom to reach a voluntary settlement that is good for customers, shareholders, employees, pensioners and investment in the UK’s digital future.”

>See also: Why BT and the government are getting Openreach all wrong

One way it has tried to address the issue of competition is by appointing the first independent chairman of Openreach. Mike McTighe, who was on the board of Ofcom between 2007 and 2015, was appointed on Monday night.

This hasn’t quelled Ofcom’s fears as it feels McTighe will still have to report to BT boss Gavin Patterson.

Instead, the regulator wants Openreach to have a board made up of non-executive directors who are independent of BT.

On top of this Ofcom want Openreach to have greater, more transparent consultation with customers on large scale investments, its own staff, it’s own strategy and its own control over budget allocations – a truly separate entity from BT.

What does this mean for consumers?

Andrew Ferguson, editor of thinkbroadband.com, suggested that those with “poor broadband may think that today’s news is an early Christmas present, but we would caution that it is too early to celebrate if you are living or working in one of the 2.3 million properties without access to a superfast broadband option today.”

“Recruitment of many more new frontline staff is the key to good customer service, to ensure that jobs are not micromanaged to the second but are dealt with as a problem to be solved. The downside of more staff and better customer service may be higher costs, so to deliver on what many expect may mean price rises for all of us.”

“In terms of a change of direction from the technology viewpoint, existing BDUK commitments are so time constrained that the fibre to the cabinet roll-outs are not going to change. The big difference is likely to happen in areas where the Openreach network competes with companies like Virgin Media, especially as these are the areas Sky and TalkTalk appear keen to offer an Internet TV service.”

Indeed, rivals welcomed the action taken by Ofcom, although said the announcement does not go far enough.

TalkTalk chief executive Dido Harding said: “While we do not think legal separation goes far enough to deliver the broadband consumers deserve, it is at least a step in the right direction.”

“We will continue to push Ofcom to ensure the plans deliver real, meaningful improvements quickly, and if major changes cannot be delivered, then they should move to structurally separate Openreach once and for all.”

Similarly, a Sky spokesmen said “We have always said that we want a solution that is clear and executable and in the best interests of consumers and industry.”

“We will now watch closely as to how Ofcom executes its proposals.”

Finally, a spokesman for the Department for Culture, Media and Sport said “We’ve been clear that we need a more independent Openreach.”

“It needs to offer genuinely fair and equal access to the country’s telecoms infrastructure to BT’s competitors. This is the best way to ensure consumers get the service they need, and the country gets the digital infrastructure it needs.”