BT to bring fibre-optic broadband to Scottish Highlands for £146m 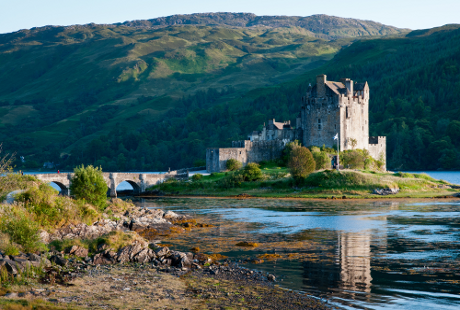 BT and development agency the Highlands and Islands Enterprise have announced a new, £146 million scheme to bring fibre-optic broadband to the Scottish highlands.

The scheme, which BT describes as "most complex and challenging broadband project ever" will deliver a fibre-optic network will deliver broadband to 84% of homes and business in the highlands and nearby islands by the end of 2016.

To connect the islands, undersea cables will be laid at 19 crossings. This is "biggest sub-sea engineering project BT has undertaken in the UK and is the first ever with so many seabed crossings", the company said.

BT will also be laying 800km of new fibre and installing hundreds of new street cabinets.

The scheme will mainly involve fibre-to-the-cabinet (FTTC) services, which can reach speeds of up to 80Mbps, but there will be a smaller rollout of fibre-to-the-premises broadband, capable of up to 200Mbps, to some homes.

The total project value will be around £146 million, BT said. The vast majority of this (£127 million) will be state funding, including contributions from BDUK and £12 million from Highlands and Islands Enterprise. Just £20 million will come from BT.

"Today's announcement signals the start of one of the most ambitious infrastructure projects in Scotland's history," said HIE deputy first minister Nicola Sturgeon. "It will connect communities across some of the most challenging landscapes in Europe and provides a platform for future economic development and regeneration."

Bill Murphy, BT Group's Managing Director of Next Generation Broadband, said the telco's new network will be open to all communications providers on an "equal wholesale basis creating a competitive market".

In April 2011, BT took part in a trial of using white space technology to deliver wireless broadband to residents on the Isle of Bute, off the coast of Scotland.

Part of the current scheme is a £2.5 million "innovation fund", which will be used to explore ways of extending broadband services beyond the initial 84% of residencies within the scope of the project. A BT spokesman told Information Age that white space may be one of focuses of this fund.