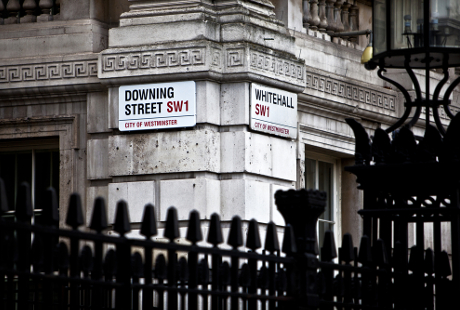 The Cabinet Office and outsourcing provider Capita have formed a new joint venture that will take over the UK government's best practice framework portfolio, including ITIL and Prince2.

The government currently collects royalties from training providers that teach the frameworks. The new joint venture, which will be 51% owned by Capita, will take over the portfolio and the right to charge royalties.

Capita won the contract following a competitive tender. It will pay the government £10 million up front for its stake in the joint venture, and an ongoing annual payment of £9.4 million.

At the moment, the government earns around £80 million a year in royalty revenues from the portfolio, and its equity value is around £100 million.

"With the joint venuture, we expect earnings and equity value to amount to £670 million," the Cabinet Office told Information Agetoday. "We project the combination of guaranteed payments, preferred payments and dividends to amount to £311m over ten years and the value of our 49% could be worth as much as £362m,"

"In addition, there is the up-front payment of £10m from Capita," it explained. "Therefore, projections give a £500m increase in value derived by taxpayers."

Paul Pindar, Capita's chief executive, said that "the commercial, technical and innovation skills that we bring to the JV will help to create a thriving business capable of delivering real value to all parties and releasing a secure and growing income to the government".

According to TechMarketView analyst John O'Brien, "Capita’s strategy will be to broaden the range of training products and markets to sell into – across the UK and worldwide.

"Of course, Capita will also seek to drive out costs and introduce technology. It plans to digitise services for instance and introduce 'experiential learning methods such as gaming and simulation'," O'Brien wrote today.

Stephen Mann, an IT service management analyst for Forrester Research, said the announcement raises questions about the future of the ITIL framework.

"Will ITIL now be written by Capita?" he asked in a blog post this morning. "Will those [people] who have previously invested so much of their time into creating and enhancing ITIL … still volunteer their services to bring ITIL up to speed with modern IT service delivery needs?"

Mann says he does not think businesses that use ITIL will really care, but warned that the joint venture may "hurt the ability for ITIL to evolve into the support mechanism the industry really needs – that is better, not more, content."

The Cabinet Office told Information Age that "IT professionals who are qualified in ITIL should notice no difference immediately. However, the new company will invest in product development to make sure ITIL stays at the cutting edge and, over time, improve the offer to IT professionals.

"At the same time, it will further enhance the international recognition of ITIL by taking it to new markets and establishing it as the global industry standard."

The deal was brokered by the Cabinet Office's Commercial Models Team, part of the Efficiency and Reform Group. It is the first joint venture of this kind to spun out of central government.

Both PRINCE2 and ITIL were developed in the late 1980s by the government's Central Computer and Telecommunications Agency, which was folded into the Office of Government Commerce.