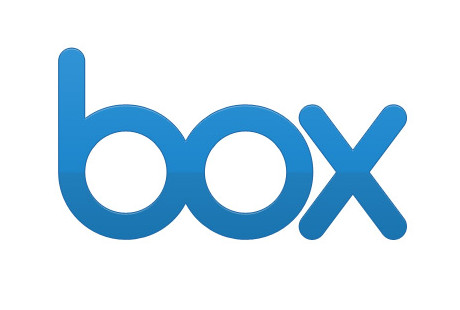 One of the more surprising sources of disruption in the IT market of late has been the rise of the cloud-based file sharing systems.

Beguilingly simple, the likes of Dropbox and its business-focused counterparts offer employees a quick and easy way to share files across devices in a way that some of the more expensive enterprise content management (ECM) systems have failed to deliver.

Now, these companies are vying to become not just file-sharing services but platforms for enterprise collaboration.

But Forrester also found widespread concern that these tools may not be “ready for prime time”.

“These IT leaders are unsure if [cloud collaboration tools] have sufficient support services for enterprise clients, infrastructure to scale to large deployments, contractual terms amenable to enterprise buyers, and policies and procedures that allow an enterprise to remain compliant with applicable regulations,” Forrester Research said.

One company that trying to allay these fears is Box. Founded by friends Aaron Levie and Dylan Smith in 2006, Box has focused squarely on being “Dropbox for the enterprise”.

It has done this, it says, by developing administrative features that let IT staff control how they tool is used and offering “seamless” integration with other applications such as Salesforce.com, Outlook, Jive and NetSuite.

Last year, the company began to focus on the compliance issues of specific industries.

“We now have compliance with regulations around sensitive patient data, which opened up some interesting opportunities in healthcare and life science both in the US and internationally,” Dylan Smith, who is now the company’s CFO, told Information Age at the company’s recent user conference in San Francisco.

Box took the occasion of the conference to unveil its latest attempts to woo the enterprise. Among these was what SVP of product and platform Chris Yeh described as “the most important change” to the platform in some time: the ability for users to add searchable metadata to documents.

In a radiology setting, for example, healthcare workers could add contextual information to x-ray images such as patient information, diagnosis and follow-up appointments. Yeh says that this could enable users to find relevant content with ease and better build customised applications for their business needs.

It also announced BoxNotes, the company’s answer to Google Docs. Due for launch next year, BoxNotes will allow users to annotate and edit documents collaboratively, and includes offline editing and version history functions.

Smith is keen to stress that BoxNotes is not an attempt to replace Microsoft Office on the desktop, but to provide the mobile cloud collaboration experience workers are increasingly demanding.

“Microsoft has dominance in the market, driven mostly by the fact that its platform underlies the Office suite,” he says. “But its dominance doesn’t extend across different platforms.

“The way people are working is changing and Microsoft hasn’t responded to these changes,” he adds. “We believe if we can mover faster than Microsoft in bringing products to market in this area, it will be incredibly competitive.”

On a similar note, Box CEO Aaron Levie argued in his keynote speech at BoxWorks that the mobile workforce is driving a radical change in the way people are collaborating in enterprise, and that this will be the key driver for the company in the years to come.

“With the launch of personal computers we started sharing information in a less hierarchical way,” he says. “Now mobile and cloud have really come together as a new driving force for how we share and work, and the value is in that collaboration.”

Not everyone agrees that the key to productive collaboration is simply frictionless information sharing.

“Ultimately we need collaboration to support existing work processes,” says Alan Pelz-Sharpe of analyst firm 451 Research. “Many startups are experimenting, but enterprises have reality to deal with, and are looking for incremental, concrete improvements to what they do today.”

However, despite the rhetoric, Box’s focus on vertical solutions and compliance acknowledges that. “Thanks to Box’s early focus on building industry and process-specific applications across devices, it has the potential to be a disrupter for traditional ECM companies,” Pelz-Sharpe says.